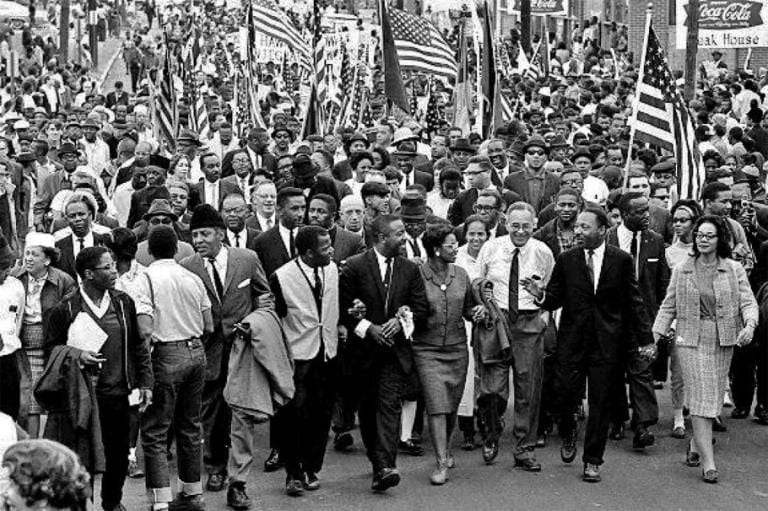 Most everyone is familiar with the classic Christmas movie, It’s a Wonderful Life. In that story, the main character comes to feel like a failure and is contemplating suicide. A guardian angel comes down to show him how different things would be if he didn’t exist. I want to borrow that theme and apply it to the topic of Social Justice Warriors. Many far right conservatives use the term Social Justice Warrior (SJW) as a pejorative label. Somewhere along the line, SJW became a slam or put down that means soft or overly sensitive. Now, I do admit that some SJWs take things a bit overboard. For instance, last month it was reported that a group of college students took my beloved Nashville Predators NHL hockey club to task for their mascot. They thought that predator had too violent a connotation. I mean, come on now, let’s climb back into the real world world there kids. But, by and large, the SJWs I know are brave people willing to speak out and take a stand to move our nation forward. So, in the spirit of It’s a Wonderful Life, let’s examine how our nation might be different if it weren’t for social justice warriors.

If it weren’t for SJWs, there would be one kind of religion in this nation. It would be Puritan. That was the way one of our original colonies had it envisioned. They came to America fleeing religious persecution because they didn’t want to be forced to worship in the manner of the Church of England, which was the law of the land. So, they came to New England and almost immediately began forcing people here to do it their way. Look up the Salem Witch Trials to find out how that worked out. Enter some SJWs, such as Roger Williams, who stood up to the Puritan leadership in Massachusetts. He was exiled and founded Rhode Island on the principles of religion freedom and separation of church and state. And it spread from there. If you are a Catholic, Jew, Muslim, Hindi, Buddhist, Pastafarian, Wiccan, atheist, you name it, thank an SJW for your right to follow your faith.

If it weren’t for SJWs, slavery may have never left. It started with a few passionate SJWs in the form of abolitionists, white and black, working behind the scenes to disrupt America’s “peculiar institution” and eventually grew into a four year long, hellish Civil War. All necessary to bring slavery to an end. But racism went nowhere. Institutionalized racism, discrimination, and segregation dominated the nation for another 100 years after slavery ended. Enter more SJWs who worked diligently and bravely to chip away at injustice. Many of them died in their efforts and those who lived were forever scarred by the trauma of their work. Their children and grandchildren carry scars, still. Although the legality of discrimination was ultimately defeated, the embers of bigotry smoldered beneath the surface only to flare and blaze again with the emergence of the seedier elements of the Make America Great Again movement. Suddenly, SJWs had to rise up once more to meet the attack. And still they fight for what is right.

If it weren’t for SJWs, women and children might still be forced to work dangerous jobs in factories for little compensation. There would be no workers’ unions to demand safer conditions, reasonable hours, and fair wages and benefits.

If it weren’t for SJWs, women would still be treated as their husbands’ property with little to no legal leg to stand on if they were physically or mentally abused. Women would be kept as “barefoot and pregnant” house slaves. They’d have no voice in their government through either suffrage or representation.

If it weren’t for SJWs, the poor, sick, and elderly would be cast out to die. There would be no medicare, welfare, or social security. The sidewalks would be cluttered with dying alms-seekers. There would still be awful sanitariums full of the mentally ill being treated worse than stray dogs.

And here is a special message for conservative Christians who take delight in poking fun at social justice warriors. If it weren’t for an SJW a little over 2,000 years ago, you wouldn’t be covered by grace.

So, the next time someone points at you and calls you an SJW, just say, “thanks, I really appreciate that.” 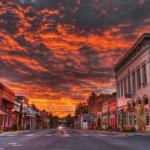 March 6, 2019 Small Town Sunset
Recent Comments
0 | Leave a Comment
Browse Our Archives
get the latest from
Empathy Mining
Sign up for our newsletter
POPULAR AT PATHEOS Politics Blue
1