People who do despicable acts of hate keep praising Donald Trump and so do far right Christians March 15, 2019 Shane Phipps 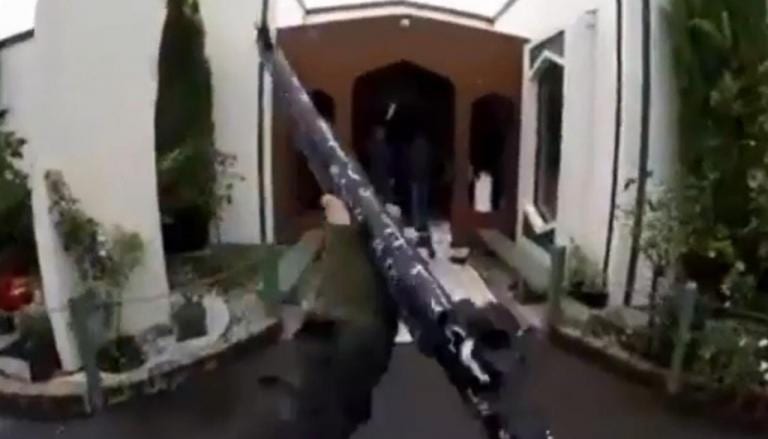 There is a pattern here, a disgusting and wretched pattern. People who commit horrendous acts of violence and hate keep citing Donald Trump as an inspiration. That’s bad enough, but far right Christians still sing Trump’s praises, too.

The New Zealand Mosque white supremacist terrorist’s manifesto  praised Trump as “a symbol of renewed white identity and common purpose.” (I bolded the word terrorist because, I haven’t seen it used in many headlines. Apparently, that word is reserved by the media for followers of Islam.)

There it is again, Trump keeps getting praise heaped upon him by the most despicable people on earth. The reason they admire him is because his constant dog-whistling resonates with them. They get what so many right wing Christians apparently do not–Donald Trump kindles hatred and bigotry, not just in this country, but around the world. The worst representatives of “whiteness” on the planet love Donald Trump. Christian Trump supporters, you’d be better off just admitting it, these are your teammates.

The leadership of America’s largest hate groups all look to Donald Trump for inspiration. They go on record with it. David Duke slobbers all over himself singing Trump’s praises.

And Trump keeps fueling the flames of hatred. Just yesterday, he made an extremely thinly veiled threat against his opponents by saying that he has the support of the police, military, and Bikers for Trump and implied things “would be very bad, very bad” if his supporters decided to get “tough” on his opponents. These are the kinds of things that give unstable bigots ideas. These are the kinds of irresponsible comments that cause things like we saw in New Zealand–or Las Vegas–or Orlando–or, well, you get the picture.

I know I’ve asked you this before, right wing Christians, but I’m going to ask again: are you cool  being teammates with these kinds of people? Will you even admit that your guy in the White House stokes them up and they all seem to be big fans of his, like you are? Does it bother you in the least that this stuff keeps happening and the common denominator is that the terrorist perpetrators are white supremacists who admire the man you say is doing God’s work?

If it doesn’t bother you, right wing Christians, then I’m just going to have to assume you endorse this hate.

Side Note: Unfortunately, I saw the footage the shooter posted of his terrorist act. If anyone could see that awful video and still support rapid-fire weapons in the hands of civilians, then I wish they’d just shoot me because I don’t want to live in that kind of world.

March 14, 2019
Episode 1 of The Empathy Mining Podcast
Next Post

March 17, 2019 The First Stone
Recent Comments
0 | Leave a Comment
Browse Our Archives
get the latest updates from
Empathy Mining
and the Patheos
Politics Blue
Channel
POPULAR AT PATHEOS Politics Blue
1