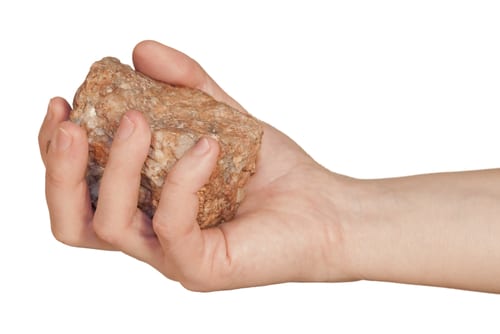 In the past month, I’ve written a couple of articles that were very widely read. They also stirred up a lot of debate in comment sections, so much so that I couldn’t possibly keep up with it to read all of them. But I read enough to get the gist of the kinds of things being said. Many people agreed with my take, others took great issue with me. A couple folks in particular were quite “colorful” in voicing their opinions about my work. One said my article was the dumbest thing she’d ever read and called upon Patheos to “get better writers”. One gentleman called me a “dickhead” (that one made me chuckle). Most of that stuff just rolls off my back as part of the job of writing about politics. However, sometimes some of the criticism does give me pause. Sometimes they have a point. One common criticism I get is that, when I criticize right wing Christians and Trump supporters, I’m guilty of being just as judgmental and intolerant as the people I’m criticizing. That, I must admit, does sometimes sting because, I suppose, there is some truth in it. My only defense is that I believe that I am trying to speak out against injustice and bigotry, but I do have to sometimes take a step back and “check for the plank in my own eye.” My column here, after all, is called Empathy Mining. I must try to keep in mind that I can’t demand empathy without also giving it. Sometimes, I must admit, I may cross that line from time to time.

Early in the morning He went back into the temple courts. All the people came to Him, and He sat down to teach them. The scribes and Pharisees, however, brought to Him a woman caught in adultery. They made her stand before them and said, “Teacher, this woman was caught in the act of adultery. In the Law Moses commanded us to stone such a woman. So what do You say?”

They said this to test Him, in order to have a basis for accusing Him. But Jesus bent down and began to write on the ground with His finger.

When they continued to question Him, He straightened up and said to them, “Let him who is without sin among you be the first to cast a stone at her.” And again He bent down and wrote on the ground.

When they heard this, they began to go away one by one, beginning with the older ones, until only Jesus was left, with the woman standing there.

In these tumultuous days of Trump, it seems a lot of people are throwing stones and very few are dropping them. I can and have been guilty of this. But, God forgive me, I just can’t stand by and ignore it when the leader of my nation seems to have an entire segment of the American Christian Church whipped up into a frenzy of blind idol worship. When I see it I feel called to expose it.

I am not claiming to own the narrative on faith and morality, not in the least. I simply don’t want my beliefs to make others feel marginalized, unwelcome, or unloved. And, for the love of God, I don’t want to see others who, under the flag of Christ, present their Gospel in ways that repulse others. It makes me wonder if they had been in that crowd preparing to stone the accused adulterer woman, if they’d have dropped their stones even after Jesus’ admonition. Sometimes I even wonder if some of them might not have chucked a stone at Jesus himself. Things have gone off the rails.

I’ve been thinking a lot lately about the mission of the Empathy Mining Blog. I asked myself what exactly is it that I’m trying to do. I searched my soul for selfish motives. I can honestly say that I don’t really want to attack my brothers and sisters on the right and I will admit that I have been guilty of being a little overzealous at times when I’ve written some of my more aggressive pieces. However, my ultimate goal is not to change minds. I’m pragmatist enough realize that’s not going to happen. But perhaps, if I stay after it enough and do it the right way, I can soften some hearts and get a few people to think about how the way they publicly portray their faith is coming across to those who see things differently. There’s been a lot of research of late that shows the Church is aging and attendance is dwindling. A lot of churches are actually forced to rent out their facilities to make ends meet. A lot of young people are walking away from organized religion. I don’t think it can be argued that the political stances that are aggressively pushed from some churches aren’t a big part of that. Young people are watching social media closely. They see a lot of Christians picking up stones and preparing to throw them at them and their friends.

It’s time for us to drop our stones and search our souls.

For more of my reflections about this, I’d encourage you to listen to my podcast called, “The Mission of Empathy Mining.” It goes into detail about the long and winding road that brought me here. Just click this link to hear that episode. 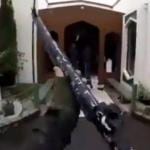 March 15, 2019
People who do despicable acts of hate keep praising Donald Trump and so do far right Christians
Next Post

March 18, 2019 If we’re going to spend a bunch of money, let’s actually make a difference.
Recent Comments
0 | Leave a Comment
"This is not about people judging or saying they're better. I am not a good ..."
Ryan Walker Defending My Politics with My Faith: ..."
""Deify" isn't anywhere in the OP, either in Phipps' own words or the material he ..."
Jennifer A. Nolan “In the World but Not of ..."
"Nice to know this, but this is a blog by a believing Christian, trying to ..."
Jennifer A. Nolan “In the World but Not of ..."
"I'm not sure how many others read this column. I just did, and watched your ..."
Jennifer A. Nolan Thank God for Our Pets
Browse Our Archives
get the latest from
Empathy Mining
Sign up for our newsletter
POPULAR AT PATHEOS Politics Blue
1