If we’re going to spend a bunch of money, let’s actually make a difference. 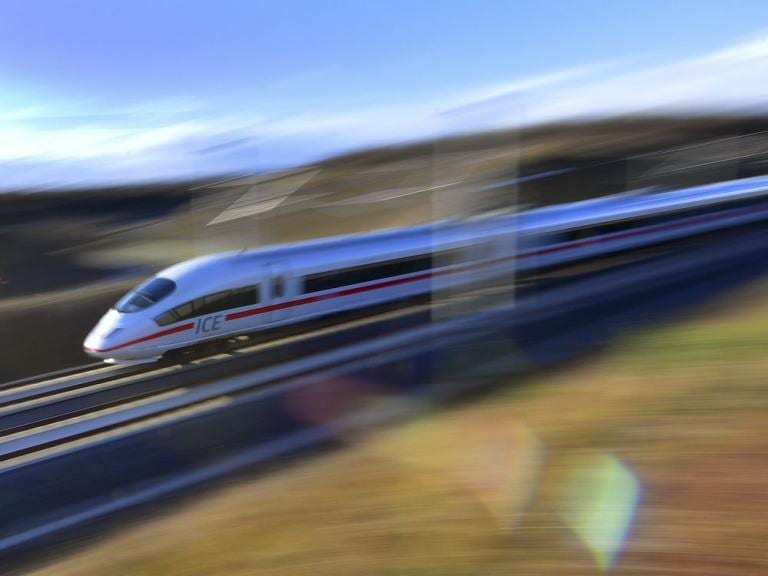 I haven’t delved too far into the details of the Green New Deal, a plan for a more sustainable future being championed by Congresswoman Alexandria Ocasio-Cortez, but one part of that plan has me extremely excited and hopeful. The U.S. land transportation system has been largely unchanged since the 1950’s. Our vast interstate system was once the envy of the world, but now it’s a decrepit laughing stock. By the time they get one stretch of road fixed, it’s time to start on another. Traffic is a huge mess and all those cars are filling the atmosphere with with carbon monoxide, polluting the air and endangering the ozone layer. Many areas of the civilized world have far surpassed our nation’s antiquated transportation infrastructure with their networks of high speed rail systems. These trains can transport people at speeds of 200+ miles per hour at fares that are a fraction of those in air travel. Some US cities have light rail to help ease the burden of the highway system, but cross country rail service in America hasn’t changed that much in a century. It’s high time we did something about this problem and if the Green New Deal is the way to get it done, it’s got my support.

But there seems to be a lot of push back against high speed rail coming from the political right. Could it be that they are in bed with Big Oil? You bet it could.

I posted a poll on several social media outlets to see what my friends’ and followers’ opinions were on this topic. Although this was an admittedly small sample size, the results were profound and encouraging. Nearly 91% of the respondents to my polls indicated that they believed a high speed rail system to connect the US was long overdue. Those few who were against it thought that it would be too expensive and wasn’t necessary.

Here’s the interesting thing about that: the majority people who think that high speed rail would be a waste of money are likely the same folks who want the US to spend more than $5 billion to build a wall on the border that won’t keep anyone who wants to cross from doing so. Talk about too expensive and unnecessary.

To those people, I’d like to suggest a few things. Yes, high speed rail will be very costly–initially, that is–but let’s look a little deeper than that. Think of all the jobs it would create, in the short term and in the long term. The last time our nation took on a transportation project on this scale would have been the interstate system under President Eisenhower. Think how successful that was for years. Think of the jobs it created to clear the path for the roads, to lay the beds, pave the roads, and to maintain them. Now imagine that process repeated with high speed rails. Think of the boost to the economy that could have. Also, think of the reduction of traffic on the highways that would result with the addition of high speed rails. With millions of passengers zooming along on trains, those who still chose to drive would have that much less traffic to deal with and there would be that much less carbon monoxide belched into the atmosphere. Another positive side effect of high speed rails for car-driving consumers could be the reduced gas prices. Economics 101 would suggest that supply and demand drive the cost of oil and gasoline. Fewer drivers means demand for gas goes down and lower fuel costs should follow. 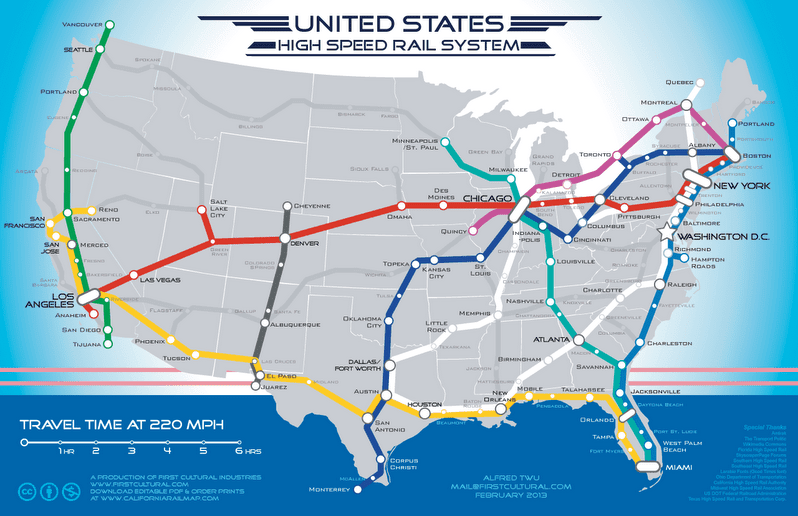 Imagine hopping onto comfortable train and traveling across this great land at 220 mph. It can be a reality if we let go of our stubborn codependency with Big Oil and join the 21st Century the way so many other nations have already done.

March 19, 2019 Looking for Empathy at the Intersection of Faith and Politics
Recent Comments
0 | Leave a Comment
Browse Our Archives
get the latest from
Empathy Mining
Sign up for our newsletter
POPULAR AT PATHEOS Politics Blue
1

A Brief History of the Radical...
Empathy Mining
4