Conservative Christian, Please Provide us with a Handy Flow Chart of Sins 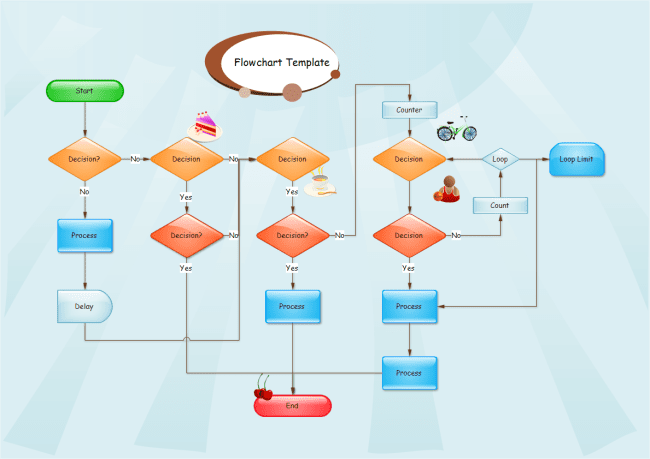 I’ve just come from a debate thread on my last article about Pete Buttigieg. In that article, I point out a lot of qualities and qualifications possessed by this new and rising star on the Democratic roster of candidates for President. Among them were that Buttigieg is a Christian and he is gay. The first comment out of the box set off a rather lengthy debate. That debate led me to write this article.

The commenter started by taking me to task about Buttigieg’s Christianity.

“Buttigieg is not a Christian anymore than Trump is. He is doing something that is despicable in sight of God and I wouldn’t trust his policies anymore than Bernie Sanders. I don’t trust him at all.”

Here we have two separate issues. If you have a problem with Buttigieg’s policies, that’s valid. But the first part raised my concern.  I responded in kind.

“How does what [Buttigieg] does in his bedroom, in a loving, monogamous, and committed marriage, have anything to do with his trustworthiness or his qualifications to lead?”

You can probably predict where the debate went from there. I started listing all the biblical sins that we all commit on a nearly daily basis, putting other things before God (1st Commandment), eating too much, drinking too much, speeding, getting tattoos, mixing different seeds in the same field, allowing women in church with uncovered heads–all the standard comebacks in this kind of debate. His response to that follows…

“Just because people get carried away with things doesn’t mean they are putting idols before God. Secondly, don’t bring up Leviticus society rules like tattoos and mixing plants as those rules do not apply…The head covering aspect is not dealing with sin but Paul suggesting to women that they must treat themselves with dignity. Lastly, just because all of us sin at some point in our lives doesn’t mean it is okay.”

There’s a lot to digest there. First of all, every pastor I’ve ever heard speak on the subject–and I’ve heard many–completely disagree with his first assertion about idols before God. Then, he wants to disregard most of Leviticus, but let’s keep in the “gay stuff” (more on that later). Then he writes off Paul’s condemnation of women in church with uncovered heads as a mere suggestion while holding fast and firm to Paul’s comments about homosexuality mentioned in the verses just previous to the head covering admonition.

At this point I asked him for a flow chart…

“Can you provide me with a flow chart so I can determine which parts of scripture are still sins and which parts aren’t sins anymore? It gets very confusing. That’s why I generally pay pretty close attention to what Jesus said. He said nothing about homosexuality, by the way. Must not have been too important to him. Judging people was, though.”

His response was short and equally as confounding.

“Moral laws still stand while ritual and society rules do not.”

Interesting take. I wondered where he got it, so I asked him to provide a verse where that is spelled out (I sure hadn’t read it). His response was, predictably, a deflection.

“Tell me where the law still applies as Israel is gone, the temple is gone and the law has been fulfilled. I am eager to hear your response.”

Though he did not answer my question, I was happy to answer his.

“I don’t think those laws still apply, neither do I think it of homosexuality. Most of the times the Bible speaks of it, the actual sin was lust and, often, rape. the Bible mentions nothing about monogamous, loving, same sex unions. Jesus said nothing about homosexuality. Paul did, but right after that, he condemned women in church without covered heads. You said the covered head thing no longer applies but all the gay stuff does. That’s why I need a flow chart, it’s so confusing.”

The debate sort of petered out from there.

But my point was made. Conservative Christians spend so much time being legal eagles (very Pharisee-like) that they become helplessly ensnared in their own traps. They wiggle and squirm, trying to explain away first this scripture and then that while insisting that this one is still good and that one is, too.

I’m left to come to the conclusion that some conservative Christians do this so that they can claim to live a life without sin. Sure, they admit that they have sinned in the past, but when you press them, they can’t ever seem to admit that they still sin daily. That’s why they love to focus on certain parts of the Bible that they feel comfortable in using to condemn others while excusing away dozens of verses that surround those they’ve cherry picked.

Take it from me, they don’t like it when this is pointed out to them.

Next time this happens to you, ask for a flow chart. It will probably end the debate.

Check out this companion podcast.

April 8, 2019 Social Media and the 24-Hour News Cycle is Depressing a Generation
Recent Comments
0 | Leave a Comment
Browse Our Archives
Follow Us!