My Neighbor is a Sinner 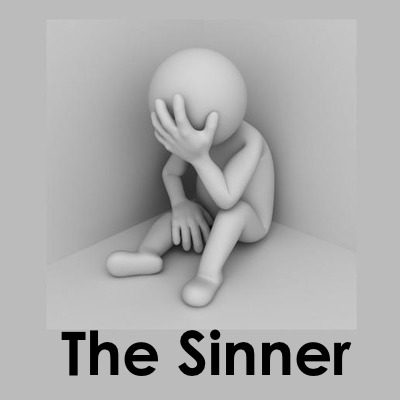 Man, you ought to see my neighbors! I can’t find a righteous one in the bunch. One of them stumbles home drunk just about every night. One is so big from his gluttonous lifestyle that he can barely walk. A woman across the street has been married three or four times and it seems like there’s a different car parked in her driveway every night. Oh, and I hear she’s had an abortion or two, as well. I can’t prove it, but I’ll swear the young couple on the cul-de-sac are strung out on drugs. Three doors down there is a guy who did time for some sort of tax fraud. I used to have two men living next door that were married to each other. As shameful as that sounds, you know, they were actually super nice guys. They were probably the friendliest neighbors I ever had. They moved away a few years ago. A family with a Jesus fish on all their cars moved in. I was excited about it when I saw they were Christians but I’ve barely talked to them at all since they’ve been here. They are probably as concerned about all the neighborhood sinners as I am and just stay holed up in their house.

You know, it’s funny…I’ve heard preachers point out the evils of same sex relationships a lot. They don’t talk too much about gluttony, getting drunk, divorce, drug use, tax fraud and all that stuff, but homosexuality gets a lot of attention. When I had gay neighbors, of course, I kept my distance. I’d wave back at them when they greeted me, but I never approached them or said much more than hi. I figured that was my duty as a Christian, you know, I wouldn’t want to send them mixed signals that I somehow approved of them.

I don’t really talk much to anyone around the neighborhood. I don’t guess they’d like me much, since I’m a Christian and they obviously are not. Maybe that family with the Jesus fish would like me, but they don’t offer many chances to talk to them. Besides, last November, I noticed they had an election sign in their yard that supported a Democrat for Senate, so how Christian could they really be anyway? A lot of the other neighbors are out all the time. They talk to each other and seem to have a good time. If I’m being honest, I guess I’m a little envious of that. But I feel sorry for them, too. They are the lost. They need to get to church and get right with God.

That little stream of consciousness is a work of fiction. Yet, it is based in reality that I have seen with my own eyes and heard with my own ears. As our nation becomes more diverse and our society slowly becomes more tolerant of that diversity, it is making the Christian landscape an extremely uncomfortable place to be. Christianity has split into two camps, the old guard on the Right, and a growing progressive side on the Left. Right Wing Christians are faced daily with their own hypocrisy but they won’t see it. Left Wing Christians are busy trying to detach themselves from Right Wing Christians in the eyes of society. The Left points fingers at the Right’s hypocrisy, bigotry, and judgementalism while the Right shouts at the heretics with condemnation. The tension mounts until the Left can run the risk of becoming as hypocritical and intolerant as the Right.

Throughout this process, too few on either side are truly searching the path that Jesus left as an example.

Everyone is pointing fingers at one another and that leaves precious few fingers pointing to Christ.

This article is a product of a song I wrote and recorded last night. Please click below to give it a listen.

June 20, 2019
Conservative Christianity and the Oligarchy of Freedom
Next Post

July 5, 2019 Conservative Christian, Do You Stand with Jesus on Income Inequality?
Recent Comments
0 | Leave a Comment
Browse Our Archives
Follow Us!