Conservative Christian, Do You Stand with Jesus on Income Inequality?

Conservative Christian, Do You Stand with Jesus on Income Inequality? July 5, 2019 Shane Phipps 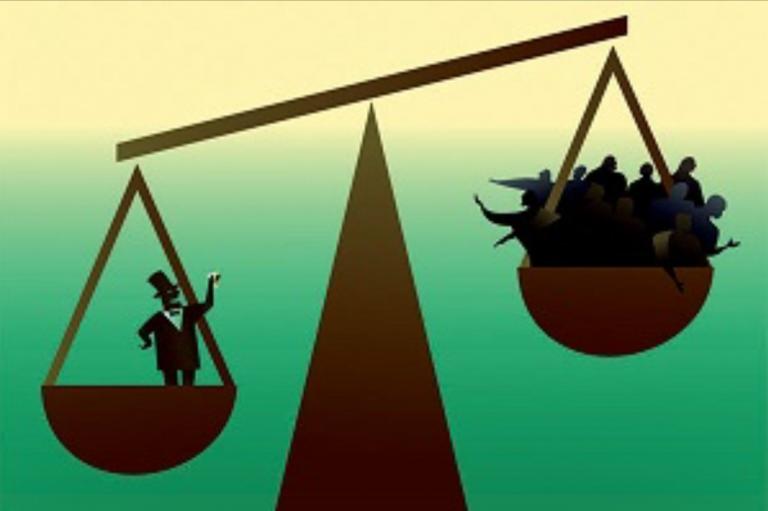 I know, I know, this is supposed to be the “Empathy Mine”. I’m supposed to be looking for empathy. I’ve tried, God knows I’ve tried…but I’m running low on patience. If you’ve read much of what I have written, you know that I was once numbered among the ranks of conservative Christians. So, yes, I’ve been able to find some empathy for my conservative Christian friends. But it’s getting tougher and tougher to understand how any Christian can continue to support the direction we are going in this country under the Trump Administration. There are many themes around which I have tried to present a case to conservative Christians that they have been led down a path that long ago diverged from the example set by Jesus Christ, but I don’t think there is a more blatant example than that of our enormous income inequality problem.

I’ve been thinking a lot about income inequality lately. Anytime the subject is broached, the Right is quick to invoke that most dastardly of words, Socialism. Those on the right either intentionally misrepresent that word, or they are ignorant of its true meaning. They tie the word Socialism to tyrannical regimes in other countries of the past and completely ignore or overlook the socialist nature of our own country–and the vision Jesus Christ had for his followers. Our nation was partially founded on socialistic principles. All for one and one for all, unity, and social programs the common good. Socialism is stitched into our Constitution, for goodness sake.

We the people of the United States, in order to form a more perfect Union, establish justice, insure domestic Tranquility, provide for the common defense (not offense), promote the General Welfare, and secure the Blessings of Liberty to ourselves and our Posterity, do ordain and establish this Constitution…

The spirit of Socialism is written right there in the preamble–not the evil, bastardized tyrannical version–the true version.

Socialism is written all over the “words in red” in the Bible, as well. There is plenty of evidence to suggest that Jesus was basically a socialist of his times. He spoke in parables about the evils of greed, of how it is “easier for a camel to pass through the eye of a needle than for a rich man to enter the kingdom of God”, of how his followers should “sell all their possessions and give to the poor.” He said, “Truly I tell you, whatever you did for the least of these brothers and sisters of mine, you did for me.” Socialism…

On that note, it is a very real possibility that Jesus was a homeless drifter for much of his ministry, relying on the kindness of friends and strangers to offer him the necessities of life. He’d probably be on the watch list of many conservative Christians in modern times. But I digress.

The idea for this piece first landed in my brain after reading the last novel of the great Kurt Vonnegut, Timequake. In that book, which is as much a memoir as a novel, Vonnegut hit on a point I hadn’t considered. He was writing along a theme, much like I am here, about how socialism had become as dirty a word as Communism. He was poking fun at conservatives who railed against that word as if it were complete evil and then he said, “good luck with Socialism in the Afterlife.” I thought that was brilliant, simple but brilliant. It’s true, the people who scream loudest about the “evils” of Socialism are conservative Christians who are supposedly living their entire lives preparing to go to an ultimately socialist commune called Heaven. You know the one where everyone is equal and gets their own mansion. How ironic…

All of this anti-socialism talk has been a very effective shield to cover the real problem in this country, income inequality.

It was recently reported, and fact-checked, that the three richest men in America, Bill Gates, Warren Buffett, and Jeff Bezos, collectively hold more wealth than the bottom 50% of the domestic population of the United States, a total of more than 160 million people. The report also pointed out that “roughly a fifth of Americans have zero or negative net worth.”

That’s an enormous camel and a very tiny needle, if you ask me. And what of the least of these?

So, conservative Christian, I ask you once again, as you continue to support our amoral billionaire president, do you stand with Jesus when it comes to income inequality, or are you more concerned with doing battle with that mythical evil monster of your own creation, Socialism?

July 10, 2019 The Fog of War
Recent Comments
0 | Leave a Comment
Browse Our Archives
get the latest from
Empathy Mining
Sign up for our newsletter
POPULAR AT PATHEOS Politics Blue
1