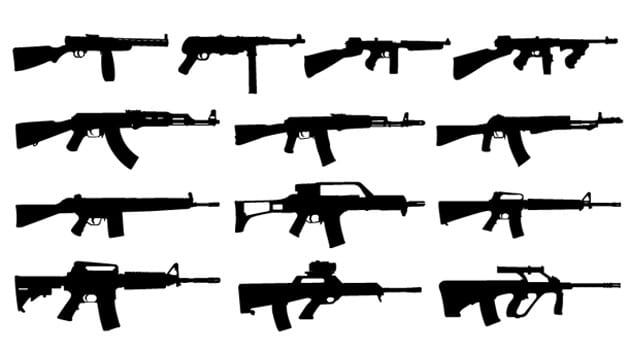 I don’t like the term “assault weapon.” In fact, I hate it. It’s vague, ominous, and contentious. It does nothing to define what it is supposed to be referencing. And, quite frankly, it hurts the cause of sensible gun control. An assault weapon is anything you can use to assault someone. It can be a bazooka, a flame thrower, a machete, a pocket knife, or a good stout bust of Thomas Jefferson. Nobody is calling for a ban on pocket knives, machetes, or busts of Thomas Jefferson. And nobody is calling for a ban on handguns, shotguns, or rifles that have genuine uses as tools for sport or self-defense. What needs to go are those types of weapons that have only one purpose; wiping out as many people in the shortest amount of time possible. So, let’s call it a ban on rapid-fire-death-spraying-machines.

It’s too easy for a well-indoctrinated NRA type–I’m writing to you now as a former member of that organization, so I know all their tricks–to laugh off “assault weapons” bans. They’ve all been taught that the Left likes that term because it can be easily amended to mean any gun. They think that’s the long-game. I know, I once bought into that garbage. But it’s harder to defend the right to own rapid-fire-death-spraying-machines. And I know a lot of conservative gun owners who are not opposed to banning that type of weapon, but they still fear that term “assault weapon.”

What we are talking about here is the type of rifle–now legally available to anyone who passes a background check–which is capable of firing hundreds of rounds of ammunition per minute. These guns have magazines that can be switched out in seconds. Only a small percentage of states have laws that strictly limit the capacity of those magazines. Most of the states that do, limit the capacity to no more than ten rounds of ammunition. That’s better than no limit at all, but when a killer has a dozen magazines full of ten rounds that can be switched as quickly as taking a couple of steps, that’s not very effective. Then there are many states where the magazine capacity is pretty much unregulated, so some magazines hold 100 or more rounds of ammunition which can be fired, non-stop, as quickly as the shooter can pull the trigger. This is why gunmen can kill dozens of people in the time it took me to type this sentence. In both the recent mass shootings in Ohio and Texas, the weapons used were purchased legally and there was no law limiting the capacity of the magazines. These terrorists were completely within the law until the moment they initially squeezed the trigger. The photo below shows the type of magazine used in the Dayton shooting. 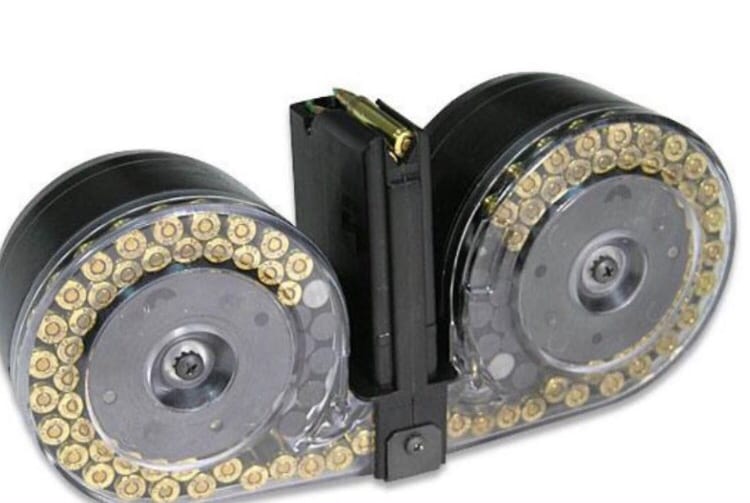 If you don’t see a problem with anything in the last paragraph, you are a fanatical extremest, plain and simple.

I own about 10 guns. I have a few different shotguns, a .22 rifle, a high-powered, .270 caliber rifle, a couple more primitive muzzleloading rifles, and one handgun. Of all the guns I own, the largest capacity of ammunition any are capable of is six rounds. Could I, were I so inclined, go on a killing spree with my guns? The answer, of course, is yes. But could I possibly kill more than a dozen people in a matter of seconds? Not a chance. By the time I clumsily reloaded my 5 or 6 rounds of ammunition, one at a time, by hand, the chances are, someone would stop me from a second round of shooting.

Here is the point; gun fanatics will tell you that no legislation can end mass shootings. This is a stone-cold fact that I must, reluctantly, agree with. They will also say, “if you ban assault weapons, only criminals will have assault weapons.” Again, hard to argue with that–although most right-wingers are not able to apply that same logic to other topics, like abortion, for instance. But this is also a fact; we can, indeed, create laws that can be effective in reducing the number of mass shootings that kill 6 or more people. This is a proven fact because we have done so in the past. From 1994 to 2004, the types of weapons and magazine capacity limits to which I referred above were, indeed, outlawed in the United States. And, what’s more, the law worked. Did it stop mass shootings? Of course not. Did it effectively reduce the number of mass shootings where 6 or more people were killed? You bet it did. And then, due to a change in the political landscape with Republicans controlling Congress and the White House, coupled with the lingering national paranoia after the 9/11 terrorist attacks, the law was allowed to expire after it’s 10-year run.

It is high time we reinstate that law.

I promise, nobody’s coming for your grandad’s hunting rifle (or mine), but if you happen to own a rapid-fire-death-spraying-machine, it’s time to take one for the team.

August 5, 2019
Yes, We Have a Mental Health Crisis in America. It Starts in the White House.
Next Post

August 16, 2019 Christian Trump Supporter, Your Clandestine Wish has Been Revealed
Recent Comments
0 | Leave a Comment
"Thank you for this.My last pregnancy was so agonizing that it caused suicidal prenatal depression ..."
Juniper Defending My Politics with My Faith: ..."
"I'm sorry your pregnancy was so difficult. However, I wouldn't say there is 'no moral ..."
Harold Porter The Christian Right is under siege ..."
"The maximum marginal income tax rate in the early 1950s was 92% on income earned ..."
Juniper The Christian Right is under siege ..."
"We...could...tax the rich. Like we did before. You know, when the New Deal gradually created ..."
Juniper The Christian Right is under siege ..."
Browse Our Archives
get the latest from
Empathy Mining
Sign up for our newsletter
POPULAR AT PATHEOS Politics Blue
1