Christian Trump Supporter, Your Clandestine Wish has Been Revealed 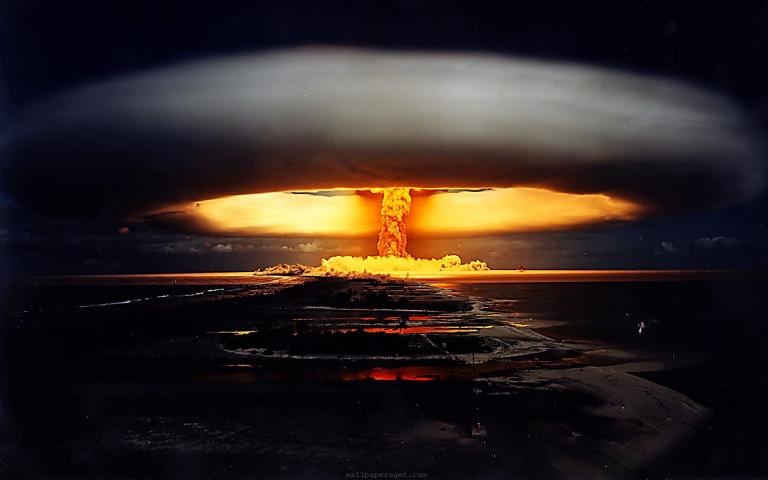 Well, Christian Trump supporter, I think I finally understand you. That’s not particularly comforting but it’s something, I guess. I’ve been holding out hope for you for a couple years now. As I continue watching Trump fall deeper and deeper into a mind-numbingly deep well of national embarrassment and shame, I keep waiting for you to finally wash your hands of him. Instead, you keep doubling down on your support and it’s been quite vexing to me. Now I realize that you’ve wanted Trump to fail all along. Now it makes sense. It doesn’t make it an easier pill to swallow, but it makes sense. When you claim God is using Donald Trump, what you are really saying is that God is using Donald Trump to hasten the end times. Now I get it. I don’t like it, but I get it.

This isn’t the first time this reality has been on my radar. I’ve known for a while that the most extreme right-wing Christians were licking their chops at the thought that Trump might lead the world into their long-anticipated end times prophesy-era. The fact that crazed extremists like Jim Bakker are making a handsome living off of selling this message–and selling pre-packaged end times prepper-meals–was a dead giveaway. But I had assumed that level of la la land was reserved only for the far-flung fringes of the tinfoil hat brigade. It’s now becoming much more clear that there are more of you than I had ever imagined or feared.

The fact that so many of you continue to support Trump’s tariff trade wars is a clear sign. This week, the stock market has taken a huge tumble as investors are reeling in their funds and hiding them in safer harbors as economists warn of a coming world-wide economic recession due in no small part to Trump’s misguided trade wars. In the past, the economy was the one ace that you Christian Trump supporters could keep up your sleeve to justify your stance. Now that the economy sits poised on the brink of a big slide, the last firewall you have between the light of day and your real agenda is crumbling.

Because you’ve been deceived into thinking that Trump is the instrument God is using to wrap up the Book of Revelations, you can ignore the suffering of children split from their families, housed in awful concentration camps and abused; you can continue to stand against sensible gun control measures that could limit the damage done by domestic terrorists fueled by the president’s bigoted rhetoric; you can stand idly by as the unimaginably wealthy get wealthier at the expense of the huddled masses; you can continue to demand the rights of Americans be limited by their religious beliefs, place of origin, or sexual orientation; you can call the dire need for health care reform “socialism” and write it off as godless, completely overlooking the socialist nature of the Gospel; you can sweep under the rug all the environmental damage caused by Trump’s roll back of many protective measures put in place by previous administrations and laugh at anyone who talks about the problem of climate change; you can justify being on the same team as the most vile white supremacists our country has to offer; you can turn a blind eye to the plight of women who are sexually abused, harassed, or raped and claim they brought it on themselves by the way they act or dress; you can do all these things because you believe you are going to live to see the end times prophesy revealed and that you’ll reign over all when it is over. This is the exact same twisted mentality used to get Islamic extremists to fly jets into the World Trade Center and the Pentagon…think about it.

Christian Trump supporter, do you know what is completely absent in all of what I just described in you? It’s the love of Christ all Christians are commanded to reflect.

You seem to think you can help orchestrate the second coming of Christ forgetting, presumably, that Christ said that he didn’t even know when that would be. You’ve forgotten or overlooked what Christ said was the greatest commandment. You’ve now put all of your eggs in one basket. You are left standing shoulder to shoulder with one of the most despicable leaders in our nation’s history. You are prepared and expecting to ride up on a cloud of jubilant triumph as the evil of the earth is swallowed up by devastation. You’d better pray that your plan works because, if it doesn’t, you will go down with the ship and history will record your shameful legacy.

Good luck with that, I guess.

August 16, 2019
It's High Time to Reinstate the Ban on Rapid-Fire-Death-Spraying-Machines
Next Post

August 19, 2019 Don't Hate the Sinner, Hate the Way the Sinner Treats Other Sinners
Recent Comments
0 | Leave a Comment
Browse Our Archives
Follow Us!