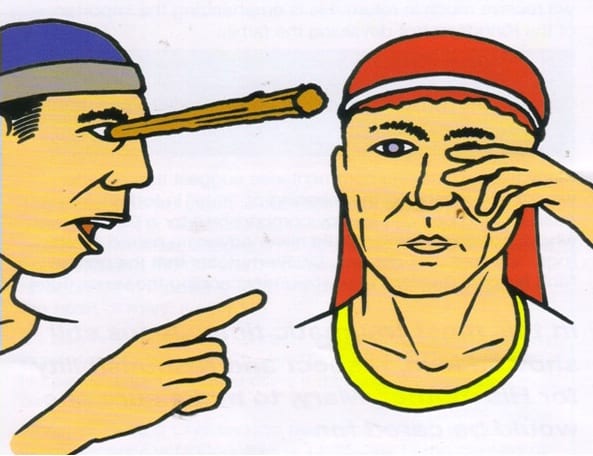 There is a well-worn phrase that conservative Christians like to use as a way to justify the way they treat those whose actions they disapprove of: Love the sinner, hate the sin. It sounds nice, but it’s not. It’s really nothing more than a way to keep pointing out the perceived sins of others; a way to continue to be self-righteous and judgmental while cloaking yourself in a ready-made excuse so that you can still claim to be loving. It doesn’t work because everyone is a sinner. Jesus made this abundantly clear in Matthew Chapter 7.

1 “Do not judge, or you too will be judged. 2 For in the same way you judge others, you will be judged, and with the measure you use, it will be measured to you.

I have heard sermons on the topic of whether or not Jesus was always nice. The fact is; while Jesus was always caring and loving, he was not always nice. There are examples in the Gospels to support this, of course. Jesus cracked the whip and turned over the money changing tables in the temple (John, Chapter 2). He also said that he came to bring fire on the earth and that he wished it were already kindled (Luke 12:49). Clearly, Jesus was not always nice. But, the part that is always left out of the sermons–the part that is missing from the whole discussion on sin in today’s politically divided America–is the fact that, whenever Jesus was angry and acted in ways that were not nice, it was always in reaction to the religious people of his day. Jesus was always nice to those labeled as his society’s biggest sinners.

The Bible is pretty consistent in this theme. Society’s down-trodden castaways are normally smiled on while those who take on the pious, self-righteous mantle are harshly dealt with. So far as I can tell, this theme is one of the most overlooked Biblical truths by fundamentalist, conservative Christian churches.

Jesus wasn’t always nice, this is a fact. But when he lashed out at anyone, it was because of self-righteousness and hypocrisy. Jesus was consistent in his approach to the least of those of his time. He was kind, compassionate, tolerant and, yes, nice to those whom the conservative Christians of his day shunned. He was so consistent about this that, with some of his final breaths, he offered absolution to the thief hanging on a cross next to him.

If modern conservative preachers spent more time pointing out the sin of self-righteousness and made their own parishioners more uncomfortable instead of pointing fingers at society, how different would this country be?

The modern church could do wonders for its image if it adopted the approach Jesus took with “sinners.”

August 16, 2019
Christian Trump Supporter, Your Clandestine Wish has Been Revealed
Next Post