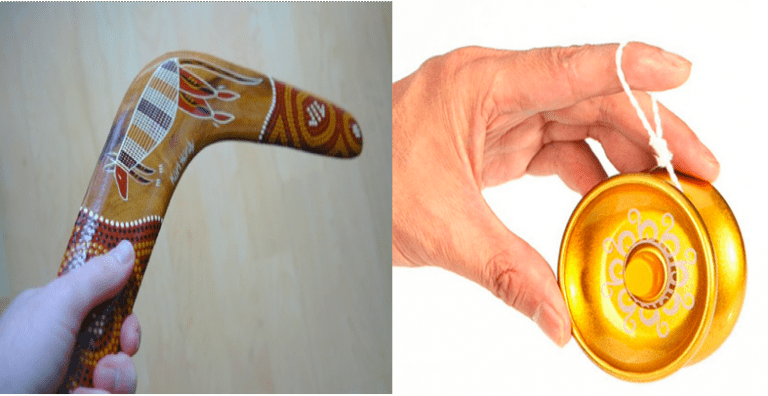 Yo-yos and boomerangs head off in one direction and swiftly return in the opposite direction. I’ve decided that analogy is a very fitting one for Donald Trump, the “Yo-yo/Boomerang President.” It’s hard to keep track of where Trump stands from one day to the next. This has been true from the outset, when he was campaigning on the promise of “The Wall.” Who could forget his blustery boasts of not only building the wall, but getting Mexico to pay for it? Trump has waffled so often on that topic that I don’t even think he knows what his current stance on it is.

Trump’s biggest selling point for the effectiveness of his presidency is a robust economy. He wants you to believe that it was all his doing. In fact, he came in on the coattails of years of steady growth overseen by the Obama administration. Obama inherited a complete mess of an economy and steadily brought it back to life. Trump stepped in to a very good situation and maintained growth for a couple years, but then he started to mess it up. He chose to wage a trade war with China. He swore to all of us that the tariffs he levied on China would would only hurt China. Then, he said he’d hold off on the tariffs during the holiday season so as not to hurt American businesses and consumers. Yo-yo/Boomerang much, Mr. President?

This week, as the economy seems to be heading off the rails and speeding toward a world-wide recession powered chiefly by Trump’s trade wars, Trump has yo-yo’d and boomeranged up a storm.

Early this week, Trump had the following to say to reporters as he returned to the White House from yet another golf trip (side note: Trump loves to boast about how he doesn’t take a penny of his $400.000 annual salary. To date, the cost to tax payers for his golf trips is approaching $350 million–thanks for the savings, Donald):

“I don’t think we’re having a recession. We’re doing tremendously well. Our consumers are rich. I gave a tremendous tax cut and they’re loaded up with money.”

Well, isn’t that just “tremendous” news? Trump loves the word “tremendous” it’s multisyllabic and he thinks we’re impressed when he sprinkles it into every other sentence. What are you doing with all that extra cash you have lying around, by the way?

Just a couple days later, we find Trump calling for more tax cuts and demanding that interest rates be slashed to ward off the coming recession.

Everyone take cover, there are yo-yos and boomerangs flying all over the place!

This all seems funny, but it’s really far from it. I just outlined one small portion of the utter shit show swarming around our nation in these surreal times.

The man at the top of our government is clearly mentally unstable. These unfathomably bizarre things coming from his mouth and Twitter account on a daily basis barely seem to raise an eyebrow anymore. How did this become the new normal? It’s downright scary.

The fact that Trump has any support at all is just that much more frightening.

Yo-yos and boomerangs can be fun toys but they can also be used as weapons.

Watch your back, America.

August 19, 2019
Don't Hate the Sinner, Hate the Way the Sinner Treats Other Sinners
Next Post

August 22, 2019 We Will Never Be What We Claim to Be Until We Face Who We Really Are
Recent Comments
0 | Leave a Comment
Browse Our Archives
Follow Us!