Yes, We Have a Mental Health Crisis in America. It Starts in the White House.

Yes, We Have a Mental Health Crisis in America. It Starts in the White House. August 5, 2019 Shane Phipps 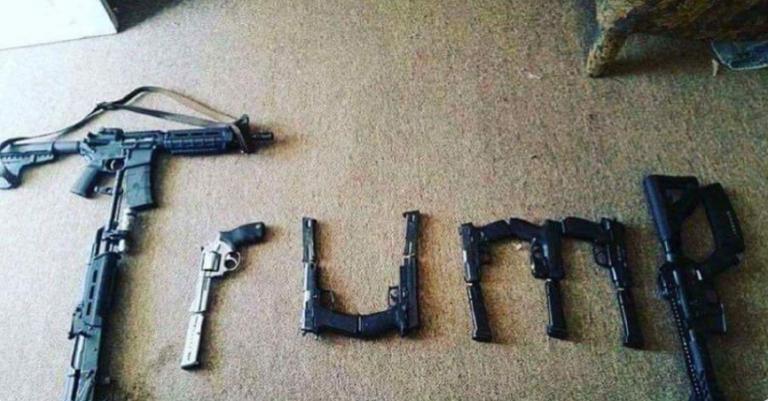 I’ve had it. I’ve absolutely, freaking, had it.

I’ve had it with the mass shootings.

I’ve had it with the hateful, racist, and bigoted narrative coming from the White House.

I’ve had it with the Tweets.

I’ve had it with the lies.

I’ve had it with the fact that so many of these gunmen are heeding the dog whistles of the president and using his language and messages as the cornerstones of their sick, twisted manifestos.

I hate that, if I wanted to, I could purchase a gun such as the one used in El Paso, that is capable of firing 600 rounds per minute–that’s 10 shots per second.

I’ve had it with the fact that the NRA, an organization I once belonged to, still won’t budge an inch to support laws to limit the rate of fire for guns designed only to kill as many people in as short an amount of time as possible.

And I’ve had it with the fact that there are millions of right wing Christians who apparently have no problem with any of what I just listed above.

In a nation where our new Muslim members of Congress are singled out constantly and asked to denounce Islamic terrorism, as if they somehow supported it, we can’t get a right wing Christian to condemn the fact that white domestic terrorists are being spoon-fed the themes for their manifestos and the motivation to carry them out by the bigoted rubbish coming out of the president’s mouth or Twitter feed on a daily basis. It’s as plain as the nose on your face, right wing Christians, your guy in the White House shares so much of the blame for the increased hateful, racist, bigoted rhetoric and, God help us, actions that are popping up with alarming frequency under this administration. Yet, you refuse to see it. You continue to support the president. You continue to stand steadfastly by the NRA and cling to your right to own rapid-fire-death-spraying-machines. You continue to deflect the conversation away from sensible gun control to the conveniently vague mantra, “we don’t have a gun problem, we have a mental health problem.”

Guess what? I’m actually going to agree with you. We do have a mental health crisis. It starts in the Oval Office and it has spread like cancer into conservative churches across this nation. You have taken the once heart-felt phrase “thoughts and prayers” and dragged it through the blood until it is unrecognizable and meaningless. You have endorsed the architect of the most hateful and mean-spirited administration America has seen since Andrew Jackson, whose portrait Trump chose to hang in his office. You have, by proxy, aligned yourselves with domestic terrorists. You have chosen to remain ignorant of what is actually happening in the country you claim to love. You have taken the message of Jesus Christ and hidden it under a bushel of ignorance and intolerance.

Yes, we have a terrible mental health crisis in the United States right now. If you are among the segment of citizens who refuse to acknowledge the frightening rhetoric coming from the White House, I’m sorry, but you are knee-deep in the center of the problem.

I’ll keep you in my thoughts and prayers.

August 16, 2019 It's High Time to Reinstate the Ban on Rapid-Fire-Death-Spraying-Machines
Recent Comments
0 | Leave a Comment
"Thank you for this.My last pregnancy was so agonizing that it caused suicidal prenatal depression ..."
Juniper Defending My Politics with My Faith: ..."
"I'm sorry your pregnancy was so difficult. However, I wouldn't say there is 'no moral ..."
Harold Porter The Christian Right is under siege ..."
"The maximum marginal income tax rate in the early 1950s was 92% on income earned ..."
Juniper The Christian Right is under siege ..."
"We...could...tax the rich. Like we did before. You know, when the New Deal gradually created ..."
Juniper The Christian Right is under siege ..."
Browse Our Archives
get the latest from
Empathy Mining
Sign up for our newsletter
POPULAR AT PATHEOS Politics Blue
1