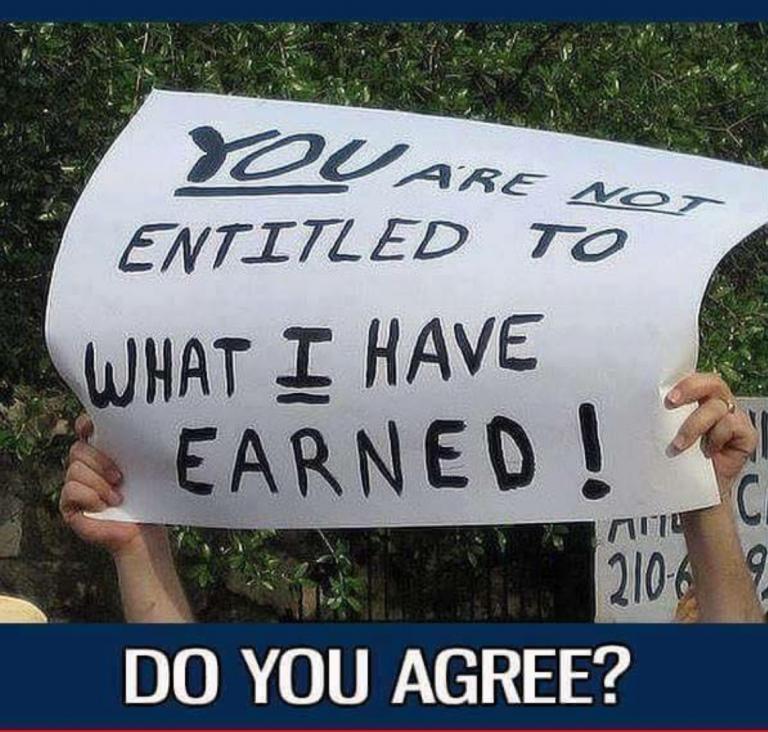 My most recent piece, I Dreamed I Was Dreaming, received quite a few comments on the social media pages on which it was shared. Most of the comments were supportive of the things I wrote. But like many writers, I often tend to skim over the supportive comments and dwell on the few that take issue with me. One person apparently didn’t like what I wrote and didn’t care for all the people who’d posted positive comments, either. He wrote one simple sentence in response:

“You people are SO wrong!”

As per usual in these situations, his comment was just a frustrated vent and provided no specific details about why he thought we were wrong. So, as I often do, I visited his Facebook page to see what kind of person I was dealing with. I looked at his feed and noticed that he was a self-professed Christian. I then scrolled down through some of his posts and quickly found the meme I used as the photo for this piece. That image jumped off the screen and burned my eyes like a laser beam. It brought things into clear focus for me and crystalized the biggest problems that have plagued the Christian Church and caused so much division. Too many Christians have turned their backs on who Jesus was, what he taught, and how he lived.

Jesus didn’t speak much, if any, about most of the things that seem to bother conservative Christians the most; abortion, homosexuality, etc. Jesus spent the most of his time teaching, through parables or by example, about loving and serving your fellow man, helping the poor, and caring for the sick. The people Jesus had the least patience for were those who made a proud show of their faith or boasted of their piousness and, in particular, those who were greedy. Jesus preached more about the dangers of greed than just about anything else. Because of this, when I saw the meme that my Christian critic posted on his Facebook page, I couldn’t help myself, I just had to post a response in the comment section. My response was simple and direct:

As of this writing, I’m still waiting on a reply.

But my point was made; that’s one of the last signs I could ever imagine Jesus endorsing. It flies directly in the face of everything Jesus was about. Yet, the most conservative of Christians in our nation today have no issue sharing these kinds of messages on the social media. This has poisoned the message of Christ and bastardized the image of what it means to be a Christian. It also put Donald Trump in the White House.

I see many Christian friends railing against anything with the word socialism attached to it. This is just plain ignorance. Not only does it reveal a wrong-headed notion of what socialism is, it is also a total misrepresentation of what Jesus stood for. Clearly, Jesus was far more closely aligned with socialism than with capitalism. I don’t even see how that point can be argued. Yet, millions of Christians, blinded by politics, have either lost sight of that or they simply don’t understand it.

It makes me sad and I’m not sure there’s a cure for this disease.

October 22, 2019 This is the Church--Or Should Be
Recent Comments
0 | Leave a Comment
Browse Our Archives
get the latest from
Empathy Mining
Sign up for our newsletter
POPULAR AT PATHEOS Politics Blue
1