This is the Church–Or Should Be 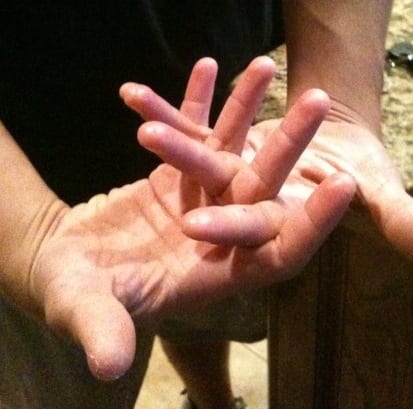 I’m pretty tired of what the Church has become. As far as I can tell, in many denominations, there is very little left of what the Church is supposed to be. No one should ever enter a church and be uncomfortable because they are made to feel unworthy of being there. Yet, millions of people have left their churches for that very reason.

Churches are pretty good at conveying the message that no one is worthy of God’s grace. It’s stitched into the fabric of nearly every denomination’s creed. It’s spoken from pulpits, it’s sung in songs, it’s recited in liturgy, but it doesn’t seem to land permanently in the hearts of the people. So many of very people who are moved by that notion inside the walls of the sanctuary on Sundays go through the rest of their week sharing a very different message in public. They constantly send the impression that they are superior to people who think, act, or believe differently. They continually lose sight of the truth that sin is sin and that we all fall short, every day, in some way, by what we have done, by what we have left undone, in our words, deeds, and (especially) thoughts. But none of that seems to register. So they create their own unofficial lists of “unforgivable sins”–abortion, homosexuality, voting for Democrats, etc.–and go on the attack against anyone who doesn’t see it their way. It is the most anti-Jesus thing I can imagine, but I see it played out all the time. Then on Sunday, they gather and agree once again that none are worthy.

Yes, I’m pretty sick of that.

I’ve heard it said that the Church should be like a hospital for the sick in spirit. We are all sick in spirit. I remember fondly times where I actually felt that in church. I remember when I was welcomed into a church when I had hit rock bottom with my alcohol addicted lifestyle. I was welcomed into the body of the Church with open arms and without judgment. There I found others who had been welcomed in to the Church during the ebb tides of their lives. I met recovering drug addicts, alcoholics, adulterers, thieves, even a convicted murderer. All welcomed, none judged. It was beautiful. But then, slowly but surely, the Church gets to all of us–poisons us. Before long, we forget what it felt like to be welcomed when we felt so desperately unworthy. We begin to create our own lists of “unforgivable sins” because that’s what the Church trains us to do. Then, before we realize what has happened, we are intolerant, judgmental hypocrites. It’s the classic bait and switch. I know this because this very thing happened to me. I went from a recovering alcohol junkie, saved by grace and welcomed by the Church, to a conservative fundamentalist with a hardened heart and closed mind. Now I am a recovering conservative Christian who’s been welcomed into a new kind of Church movement; Christ-following progressives.

If you think I’m off base, ask yourself these questions, thoughtfully and prayerfully:

I could go on, but If you answered no to any of those questions, you’ve just identified a big problem within the modern Church.

This problem is nothing new, but it’s been amplified during the current political circus brought by the Trump administration. Now the issue is front and center every moment of every day on social media. Just this week, I’ve seen Beth Moore dragged through the mud and belittled by conservative evangelicals who loudly proclaim that a woman has no right to teach the Gospel. I saw it spoken from the stage and I heard it applauded by the audience. I’ve also seen a conservative Christian pundit claim that if people don’t vote for Trump, the Democrats will “outlaw the Bible.” I couldn’t make this stuff up if I tried.

At the root of this problem is, of course, an unholy marriage between the Church and politics. The only way to fix the problem is to attack it at its root. If we want the Church to be what it should be, we’ve got to get the politics out of the equation and go back to the mission of creating a welcoming safe harbor for the sick in spirit. In my opinion, that will never happen on its own, so the only way to accomplish it is through legislative force. If I were made dictator-for-a-day, my first order of business would be to eliminate politics from the Church. I would mandate that a church would immediately lose its tax-free status the instant a political agenda was pushed to its parishioners, overtly or subtly, spoken, written, or implied. That’s what it’s going to take to break up this evil marriage.

I actually feel some hope that we could get there soon. The year 2020 will be a huge pivot point in the history of our nation and in the history of the Church. We’d all better be praying that the Church can return to being what it is supposed to be.

October 25, 2019 Good Works or Faith? What's in a Legacy?
Recent Comments
0 | Leave a Comment
"Beyond opinion, ideology, and hyperbole, in the excerpt of Locke's message I count five statements ..."
David N. Gray Can a Democrat Be a Christian?
"There is also the corollary question that havent asked yet, but that they will ask ..."
Raymond Can a Democrat Be a Christian?
"good article overturning roe v wade will not stop people from getting abortions it will ..."
Brandon Roberts Abortion Ban Questions Christians Should Ask ..."
"Churches are shrinking like the polar ice caps, they have delusions of relevance."
Nixon is Lord Jesus and Elon Musk: America’s Income ..."
Browse Our Archives
Related posts from Empathy Mining