Conservative Christians, It’s Time to Step Up: Where are Your Good Samaritans? 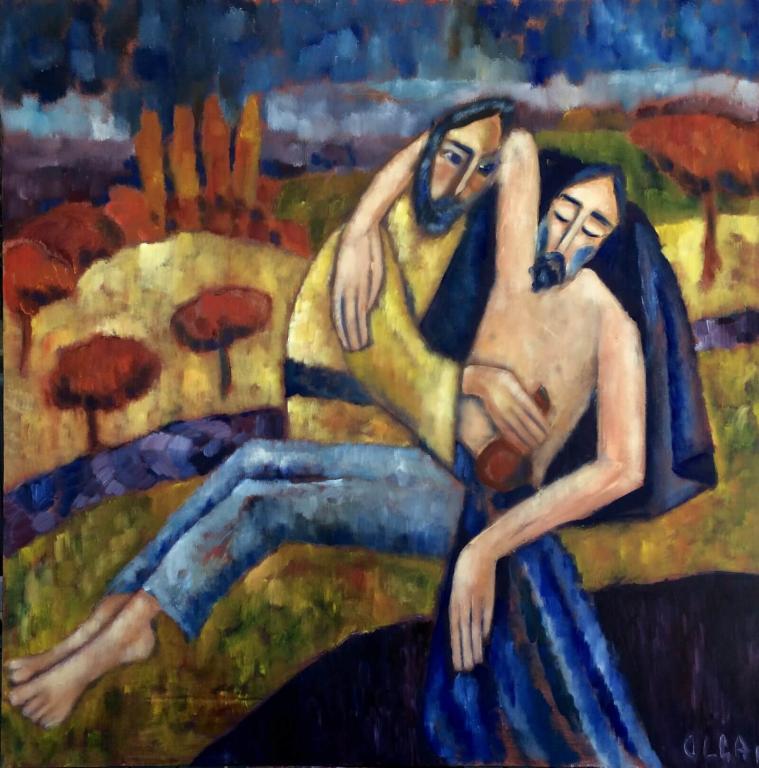 Our nation lies stripped and beaten. We’ve been left for dead, lying in a roadside ditch. Things look bleak. It’s going to take the help of some conservative Christian Good Samaritans to save us.

That may scare the hell out of my progressive readers who wouldn’t count on a conservative Christian to spit on them if they were on fire, but I’m afraid it’s the truth. I don’t think there is any way that PresidentTrump will be convicted and removed from office if an impeachment trial goes to the Republican majority Senate. That means, he’ll be the GOP nominee for president in 2020. It’s beginning to feel like we’re heading down the exact same road we were on in 2016 when most reasonable people saw no possible way that such a selfish-charlatan-shyster as Donald Trump would actually find his way into the Oval Office. But three years later, here we are again.

It may sound rather hopeless, but I’m not without hope because I personally know a lot of conservative Christians and I’m confident that, when push comes to shove, they can temporarily separate their personal faith-based political convictions and do what’s best for our country. They can be the Good Samaritans we so desperately need right when we need them most.

Most conservative Christians are probably going to go all in and double down on Trump, but not all. The good news is, it wouldn’t actually take too many of them to stand up and do the right thing to make a huge difference. If we can turn a just a few key states blue, our nightmare could be over. The Democrats are almost assuredly going to win the popular vote with relative ease but, as we’ve seen all too often of late, that doesn’t get the job done. Hillary Clinton defeated Trump by almost 3 million votes in the popular election of 2016, after all. With the Electoral College poised to spin its unfair web to once again ensnare the will of the people, it’s imperative we find our Good Samaritans for 2020.

In the Parable of the Good Samaritan, Jesus tells of a Jewish man who was stripped, beaten, and left for dead along the side of the road. A Jewish priest and a Levite came by but just walked right on past the man without batting an eye. Then a Samaritan man–sworn enemies of the Jews–came along and finally did the right thing stopping to care for the injured man. Jesus used this story to demonstrate that we are to do the right thing and look out for the well-being of our neighbors even if we might not normally coexist in harmony with them. There is a large and growing rift within Christendom between the politically conservative fundamentalists and the ever-growing politically progressive Christians. We are not likely to come together on many of those hot-button issues like abortion, immigration, health care, and LGBTQ rights anytime soon, but that shouldn’t be necessary in this upcoming election. We need level-headed, reasonable conservative Christians to put aside those issues for one election cycle, at least, and cast their votes to help pull our nation out of the ditch.

As I see it, there are at least three kinds of conservative Christians–I personally know several examples of each–when it comes to the topic of Donald Trump:

We need the conservative Christians in that third group to temporarily lay aside those issues that make it so difficult for them to vote outside the Republican Party and do the right thing for this country for this election. We need them to take the bold step of being vocal in their opposition to the policies of the Trump Administration and to point out how much damage they are doing to the reputation of the Christian Church which continues to support them. We need them, just this once, to vote with their reason rather than their faith. Silence amounts to implied consent. A crucial moment is upon us and reasonable conservative Christians hold the key to our immediate future.

It wouldn’t take a huge amount of Good Samaritans to have a tremendously positive impact. I know a lot of people who fit the description of that third group of conservative Christians and I have faith that, when they step into the voting booth next November, they will summon the courage to be like the Samaritan.

December 2, 2019
How America's Anti-Gay Bigotry Manipulated the "Infallible Word of God"
Next Post

December 15, 2019 An Open Letter to all the Conservative Christian Friends I've Unfollowed During the Coup
Recent Comments
0 | Leave a Comment
Browse Our Archives
Related posts from Empathy Mining