A few days ago, you stood on a stage in front of Mount Rushmore and made some comments that can only be described as a direct attack upon public schools. In that speech, you claimed that America’s public schools teach students to “hate America” and insinuated that the indoctrination modern students recieve in schools is at the root of much of the current movement to bring drastic changes in American society, such as the removal of monuments that honor Confederate leaders or the banning of Confederate flags from certain places. Although you called out public school teachers in general, truthfully, your finger of blame was actually pointed directly at me and all the other social studies teachers since it is our curriculum which has the most direct impact on students when it comes to what they know about their nation and its history. Mr. Trump, you certainly are not the first to attack us for indoctrinating students with unpatriotic points of view–I’ve been doing battle with far-right “historians” on this topic for years–but I’m not going to let what you said slide without firing back with a rebuttal.

Mr. Trump, first let me address the second part of your accusation; the claim that public schools’ impact upon modern students is at the root the movement to change our society. You are obviously implying that is a bad thing, but I don’t see it that way at all. I really hope that’s true. It is the job of public education to raise up a new generation that will move their nation forward and help to shape it into the kind of place they want it to be. You’re considerably older than me, Mr. President, but let’s face it, we both have a lot more yesterdays behind us than tomorrows in front of us. The future belongs to the young. That seems to frighten you. It excites me.

But what about this nonsense you’re now spouting about how we are teaching our students to “hate America”? With all due respect, sir, that is a steaming pile of horse shit. Let’s talk for a minute about what indoctrination is and what it is not, shall we? This idea that public schools are now implanting anti-American ideology into our students has been a common refrain from conservatives for the last few decades. When the mantra was picked up by far-right talk show hosts and Fox News, people like you and your followers started to spread it. The real reason the far-right is nervous about the way history and civics is now taught is that it has broken their long-held death grip on the historical narrative. What you now call indoctrination is simply a necessary corrective to many, many decades of actual indoctrination that was ordained and sponsored by right wing special interests. The vast majority of Americans over the age of 40 were force fed a whitewashed version of history; a version of history that was carefully crafted to produce a form of patriotism based in ignorance. That scheme worked to perfection. Cloaked in that success was a more sinister result; it normalized the kinds of injustice that we are now seeing attacked and systematically dismantled by that new generation of young Americans whom you accuse of hating America, Mr. President. What you either fail to realize or intentionally deny is that they don’t hate thier country, they are just trying to make it what it should have been in the first place.

The way our history was once taught helped to normalize the almost unimaginal income inequality problem in this nation. Robber barons were practically canonized with almost no mention of their ruthless tactics and mistreatment of labor. The fact that the three wealthiest Americans today control more wealth than the bottom 50% of Americans could only seem normal today with the help of years of indoctrination. To this day, it remains the enormous elephant in the American room that nobody seems to want to acklowledge. I’ll bet you know something about that topic, don’t you Mr. President?

The way our history was once taught made young girls feel as though it was normal for them to be subserviant to men–to settle for only certain types of jobs–to have very little in the way of political franchise–to receive lower pay than men for the same work–to be used and abused by powerful men–to accept the premise that they were somehow less than.

The way our history was once taught made it seem like it was God’s will that America rapidly expand across a vast continent, removing any people who already claimed that land at literally any cost. In the process, it normalized the near genocidal destruction of thousands of cultures of Native peoples through disease, warfare, and colonization as merely an unfortunate and unintened side effect of progress (never mind the thousands of treaties that were never honored by the American government). It normalized the forced takeover of Texas, New Mexico, Nevada, Utah, Arizona, and California from Mexico…just the spoils of war, nothing more, we were told.

The way our history was once taught helped to normalize racial bigotry. Bitter Southerners began spreading their “lost cause” ideology which somehow found its way into classrooms for decades. The myth of the benevolent master and the appreciative “savage-turned-Christian” slave is at the root of America’s racist core. It was used as justification then and somehow it never quite died away. Because of that kind of ideology, it became normal to see people of color as less than. That paved the way for a century of Jim Crow where the normal was shameful. And it’s still with us today as we have to continually point out that Black Lives Matter over the incessant ignorant clamor that “all lives matter.” The old school approach to teaching history aided in all of that happening, Mr. President, and it is very troublesome to me that you wish we would go back to it.

To wrap up, Mr. President, I just want to add one more layer of perspective on this. Your claim that we don’t teach things the way we used to is valid. You seem to think that’s terrible and I say thank God for it. But hear this and hear it well; we don’t teach kids to hate their country. We teach kids what our country is supposed to be, we point out places along the way where we got off track, and then we teach them how those mistakes have had a direct impact upon our biggest problems today. We love our country, Mr. President, what we hate is how far some men with sinister agendas have hijacked our worthy ideals for their selfish power grabs. If we fail to point those things out, we are guilty of normalizing injustice.

Today’s young people are taking a fresh look at the country they love and they are taking a stand to reform it into what they know it should be.

August 7, 2020 Reprogramming our Minds to Pull Empathy from Hatred
Recent Comments
0 | Leave a Comment
"Evangelical Christians don't believe in a literal interpretation of Scriptures. They believe in a selective ..."
Christian_Prophet Conservative Christian, Do You Stand with ..."
"Your mistake is misunderstanding Capitalism and Socialism. What makes you think Capitalism is "greedy" and ..."
Mirror Conservative Christian, Do You Stand with ..."
"Well, it's not as easy as he makes it sound.As Colbert noted, "The facts have ..."
Michel Conservative Christianity Keeps Rhyming History
"This almost turned into an exposé of all the imaginary sins of liberal Christians, but ..."
Michel Conservative Christianity Keeps Rhyming History
Browse Our Archives
get the latest from
Empathy Mining
Sign up for our newsletter
POPULAR AT PATHEOS Politics Blue
1 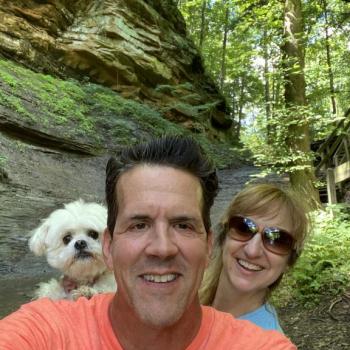