A Brief History of the Radical Left: A Primer for Conservative Christians

A Brief History of the Radical Left: A Primer for Conservative Christians October 26, 2020 Shane Phipps 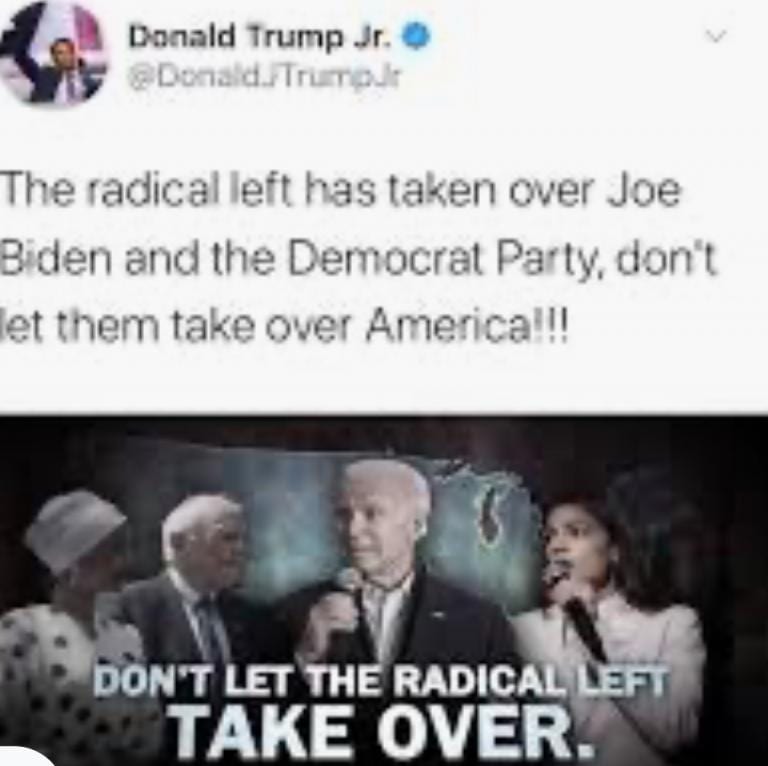 Lately, I’ve heard the term, “The Radical Left”, used more and more often. Through my writings, I’ve been accused of being a part of “The Radical Left” many times. It feels like President Trump has been using the term in every other sentence as the election nears and he appears to be getting more desperate by the minute. The term is used by the Right as a scare tactic. They know it’s a buzzword or a dog whistle that raises the hackles on the backs of their most ardent supporters. But all of this shows a very limited understanding of history. In fact, I am here to show that “The Radical Left” was extremely instrumental in creating the path upon which the bulk of the Right Wing now stands. I am here to present for your reading pleasure a brief history of “The Radical Left.”

A bit over 2,000 years ago, according to scripture, God sent his radical leftist son to earth to completely dismantle the conservative religion of the day. Christians are taught that Jesus came to make the strict old laws of Judaism obsolete and to free the path for people to follow him and focus on the greatest commandment, to love God with all their hearts and to love their neighbors (all of them) as they love themselves. In his short ministry on earth, the Bible tells us, Jesus spent most of his time angering the conservatives of his day. He hung out with all the wrong people, he called out the conservative religious leaders on their hypocrisy, he fed the hungry, healed the sick, and loved the unloved. And the conservatives got so bent out of shape by the words and actions of this radical leftist that they sentenced him to death on a cross. All of this is right there in the Bible, is it not, modern conservatives?

Let’s fast-forward about 1,500 years to the time when the Christian Church (what we would call Catholic today) was being run by greedy men who were tainted by corruption. In stepped a radical leftist by the name of Martin Luther. Luther dared stand up to the conservative church leaders of his day and called them out for profiting on people’s guilty consciences and charging them for absolution by selling them “indulgences” and giving them a list of things to do to earn salvation. The radical lefty, Martin Luther, steadfastly insisted that salvation was achieved through God’s grace alone and could not be earned through good works. Thus was born the Protestant version of Christianity—initially begun in classic “Radical Left” fashion. This paved the way for the far-right evangelical Christian movement, which it would appear has subsequently turned their backs on much of the teachings of Christ and gone full-on “Radical Right.” History is funny that way—the same thing happened when our two major American political parties switched platforms in the mid 20th century–a fact that modern conservative Republicans seem to try to ignore, by the way.

Now let’s jump forward another few centuries to 19th century America. The aforementioned political party platform had yet to happen, so the conservative Democrats of that era were fighting tooth and nail to expand slavery to the western sections of the quickly expanding nation while the radical left Republicans of the day were fighting tooth and nail to keep that from happening. Radical lefties like William Lloyd Garrison, Frederick Douglass, Harriet Tubman, and countless others risked everything to try to help to end slavery. But it wasn’t until a radical leftist president by the name of Abraham Lincoln arrived on the scene that someone in charge actually had the guts to do something so radical as to sign a peace of paper that signaled the end of slavery.

Jump ahead another half century now to a time when radical leftist women like Elizabeth Cady Stanton, Lucretia Mott, Susan B. Anthony, and myriad others laid everything on the line to demand women get full enfranchisement as U.S. citizens by finally being given the right to vote. Women, as it turns out, were the final “minority” group to be made full citizens and it happened so recently that there are still about 100,000 living, breathing Americans born in an era when their mothers were not allowed to vote.

As millions of American women were struggling to become fully enfranchised citizens, another bunch of radical leftists were standing up for the rights of workers in America who were being worked, sometimes quite literally, to death in dangerous conditions for low wages with no legal protections in place to look after them should they become injured. The accomplishments that followed the efforts of those on “The Radial Left” are now the American staples of a 40-hour work week, paid holidays, vacations, health insurance, and workmen’s compensation.

Let’s ease a little further ahead when conservative economic policies brought the financial world to a disastrous fall. Enter a radical leftist by the name of Franklin Delano Roosevelt. He went all “socialist” on us and put the nation back to work with the CCC boys creating rural and park infrastructure we are still using to this day; the WPA, which used private contractors to complete large infrastructure improvements as needed in the various states; the TVA, which implemented a vast plan for building dams and hydro-electric plants that both eased the critical erosion problems in the American southeast and provided the first electric service to millions of poor throughout southern Appalachia, and many more programs that greatly improved the nation during it’s darkest financial days while giving desperate people the hope of a job and a reason to go on living.

A couple decades after the Great Depression, a new wave of “The Radical Left” washed in and went about the task of ending a century of discriminatory laws and legal segregation called Jim Crow and spoiling what so many modern conservatives consider “the good old days” to which they harken back when they spout the mantra, “Make America Great Again”. Enter the radical lefties, like Martin Luther King Jr., John Lewis, Malcom X, and many more too numerous to list, who gave up their personal freedoms and, in some cases their very lives, so that others could have a greater chance at true equality here in the Land of the Free.

I could go on and on, but this is enough of a sampling of the historical activities of “The Radical Left” to give you an idea about how crucial they have been in our nation’s history. Time and again, “The Radial Left” has stood in the face of radical conservatism and pushed this nation closer to living up to our own creed one small, painful step at a time. That’s a job that is far from finished.

This is why I’m never offended when someone accuses me of being part of “The Radical Left.” Since I know my history and my Bible, I kind of take it as a compliment.

October 7, 2020
An Open Letter to Justice Clarence Thomas from a Concerned Christian Citizen
Next Post