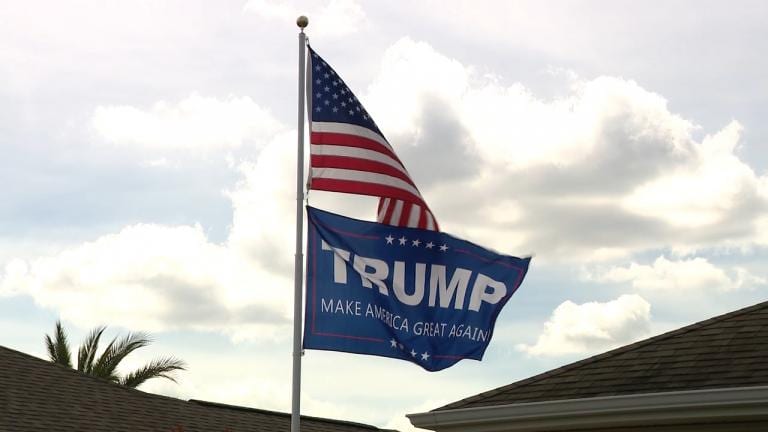 I have found it hard to sit down and write about this, but I finally forced myself to do it.

In the aftermath of one of the most contentious presidential elections in American history, I wanted to reach out to you and tell you a little bit about what’s been on my mind. President-Elect Biden’s victory should have left me feeling ecstatic, but that emotion was only brief, then it turned to grave concern. I saw the huge number of votes cast for Trump and I realized that while the office of president will change hands, precious little else is likely to change. The fact that Trump and many of you are still insisting that the election was rigged is really casting a pall over an already beleaguered nation and, sadly, history is feverishly recording our every action. It’s so surreal that I’m finding it hard to feel much of anything these days. I think this must be similar to the way hostages feel after going day after day living under a dark cloud of uncertainty—at some point, your mind kind of shuts down and goes into a survival mode. But I do have some feelings and I am finally ready to write them down.

First and foremost, I’m feeling tired. I’m tired of the division that has left us so suspicious of one another. I’m tired of wondering what happened along the way that made it possible for you to go all in for a man like Donald Trump. I’m tired of trying, on an almost constant basis, to understand you these last four years. As I sit and think about the election, I’ve come to realize that you Right Wing Christians should actually be feeling a sense of relief. Trump’s loss in this election should be freeing for you. You should now be able to go back to focusing on the issues you feel are important without having them tied to one of the most despicable human beings to ever hold a high public office in this country. That should make you feel good. You’ll likely still control the Senate. You have a strong majority of the Supreme Court in your back pocket. That should make it next to impossible for President Biden to accomplish any of those “scary” things you fear he may try to do. Yes, this election should have freed you to cut ties with that temporary insanity that held you bound to such a scoundrel of a man as Donald Trump. But that’s not what I’m seeing. I’m seeing many of the people I grew up admiring when I was a child in church posting all manner of things on social media that show that they are still steadfastly on the Trump Train. I’m still seeing Trump flags flying just below Old Glory on the flagpoles of Right Wing Christians every time I drive around. This I cannot understand.

Right Wing Christian, I can understand your passionate stance against abortion. I can even relate to it. I find the idea of abortion to be abhorrent, too. My wife and I went through a lot trying to conceive a child. We spent more money than we could afford on IVF treatments and suffered through a miscarriage before we finally were blessed with our beautiful daughter through the process of adoption. Our experience makes the idea of abortion especially distasteful. While I don’t vote based on pro-life or pro-choice, I do understand your passion. But I will never understand your flag.

I know that some of you, my Right Wing Christian friends, are very threatened by the Black Lives Matter movement. You take their carelessly named “defund the police” rhetoric at face value. I get that. I hate that slogan, but I do support the BLM cause. I just understand that “defund the police” doesn’t really mean what you think it means. I have friends who are cops. I support them, too. So I do understand how BLM makes you nervous. But I’ll never understand your flag.

I can even understand, Right Wing Christian, how you believe that God uses flawed men to lead his people. For the last four years, I kept hearing you say that whenever Trump got into another scandal. Afterall, if God didn’t use flawed people, none of us would qualify. I get that. On some level, I can even understand how you could use that logic to justify your vote for Trump. But two weeks after the election, after the whole world has witnessed Trump’s truly pathetic, shameful, and petulant reaction to his defeat, I’ll never understand your flag.

When Trump was elected in 2016, I heard you loud and clear, Right Wing Christian. I heard you tell the rest of us that God’s will had been done. That Trump was the man God had anointed to lead this nation. But now, it would appear that God has anointed another man, and you seem to be singing a different tune. You continue to fly your Trump flag proudly in your front yard.

I can understand how disappointed you are in the election, but I’ll never understand your flag.

I wrote a song to try and express my feelings about all of this. Click the link below if you’d like to hear it.

October 26, 2020
A Brief History of the Radical Left: A Primer for Conservative Christians
Next Post

January 21, 2021 Repeat After Me: Unity Begins with ME
Recent Comments
0 | Leave a Comment
"Thank you for this.My last pregnancy was so agonizing that it caused suicidal prenatal depression ..."
Juniper Defending My Politics with My Faith: ..."
"I'm sorry your pregnancy was so difficult. However, I wouldn't say there is 'no moral ..."
Harold Porter The Christian Right is under siege ..."
"The maximum marginal income tax rate in the early 1950s was 92% on income earned ..."
Juniper The Christian Right is under siege ..."
"We...could...tax the rich. Like we did before. You know, when the New Deal gradually created ..."
Juniper The Christian Right is under siege ..."
Browse Our Archives
get the latest from
Empathy Mining
Sign up for our newsletter
POPULAR AT PATHEOS Politics Blue
1