Repeat After Me: Unity Begins with ME

Repeat After Me: Unity Begins with ME January 21, 2021 Shane Phipps

I woke up early this morning and felt like I hadn’t felt in four years. There was a noticeable lightness in the air. It wasn’t the kind of lightness that you would feel because all is well, it was the sort that you feel when a part of your heavy burden has been removed. The load that I and the majority of Americans have been struggling to carry for four years is a little lighter today and that feels good. But it only feels good to a point because, just as you allow yourself to catch your breath and savor the lightness, you begin to feel the weight that is still there—the daunting work that is still in front of us, waiting to be done.

I have been on hiatus from writing on this platform. In fact, I’ve been, from time to time, doing spiritual battle and wrestling with the idea of never returning to write here. After the initial exuberance of the election results back in November, my outlook and mood began to deteriorate badly. The outrageous conspiracy theories about the election—the seemingly endless legal challenges—the daily rants from the top designed to anger the already simmering blood of the many millions of Americans who are still completely loyal to the outgoing leadership—the attempted insurrection at the Capitol—the constant drone about the threat of more violence to come—the increased division and hatred on social media—all of it—began to harden my heart. The name of this platform is “Empathy Mining,” and for a couple months, it’s creator (yours truly) was having a very hard time feeling much empathy. How could I continue to write under this banner when I couldn’t muster any of the stuff for which it is named? I went into a dark place. I turned all of my writing energy towards music. And, too often, I lashed out at those who see things differently. Some of the things I thought and said during those dark weeks make me ashamed. So, I tried the best I could to avoid thinking about the burden I was feeling. That’s not healthy either. Even though our leadership has changed, the elephant is still in the room and we are going to have to face it. So I am back here with a renewed passion to deliver content that seeks to find empathy in the dark places—the mines, so to speak—and to do my part to chip away at the monumental task of helping to unify rather than divide.

I wrote a very simple message on my Facebook page yesterday in the aftermath of the inauguration ceremony. I wrote it for everyone—but mostly for myself. I think it is an undeniable truth even though, for most of us, it can often be an unpleasant one. The message was this:

Unity begins with ME

That’s easy for me to say, but I’m telling you, it’s not an easy thing to live. I just spent about two months where my first instinct was to lash out and hurt and further divide. But the truth in that statement keeps coming back to me and that’s why I’ve come back to you to share my thoughts on this platform.

I do so with the understanding, and even the expectation, that the articles I write now might not be as likely to find huge readership or “go viral” like some of my work from the past have done. As I review the analytics for my writings of the past, almost without exception, the ones that have “blown up,” so to speak, have been the most sensationalized, politically righteous, and anger-filled ones. It’s nice to get a lot of readership of things you write and, let’s face it, it’s more financially rewarding as well. But as I have been reflecting on the fundamental shift in my approach, I had to come to grips with an obvious reality: in those popular articles, I was being divisive. I doubt my work over the last four years has really changed many people’s minds. In fact, what I’ve probably done is helped to steel the resolve of both sides against the other.

Much of what I write has been aimed at Christians. Often, I’ve been guilty of trying to sell my interpretation of what it means to be a Christian to more conservative Christians by calling them out for what I believe to be errors in their thinking. That approach has gotten a lot of “clicks.” It has gotten me a lot of praise from the “choir” to whom I preach, and it has gotten me a lot of criticism (even hatred) from those on the other end of the “pews.” I don’t have to tell you that the Church is severely divided. Some have been so turned off by the intertwining of politics and faith that they have left organized religion all together. Others have sought out and found churches that stay out of politics or churches that are more liberal. Families and friends have become alienated and estranged. I’d wager that everyone who reads these words can intimately relate to them.

A great and respected friend of mine and I were having this discussion through texts yesterday. He asked me, “how can we unite with people who still insist that the election was ‘stolen’? How can we get to the business of unity before then?”

That’s a great question and I don’t think there is a satisfying answer. I thought about it and it still came back to the simple message I wrote on my Facebook wall yesterday:

Unity begins with ME

I replied to my friend, “I’ve decided to hold my tongue and allow things to decompress.”

Here’s where I may step on the toes of people on both sides of the divide. If we are ever going to achieve even a small degree of unity, everyone—EVERYONE—is going to have to be willing to hold their tongues and allow things to decompress. Both extremes—the Right and the Left—are guilty of expecting the other side to change overnight. The cancel culture that is so prevalent now is a visible manifestation of this fact. Both sides are quick to scour the other side for intolerance and they are quick to pounce and demand retribution. This approach, while it can feel quite satisfying in the moment, tends to completely squelch the potential for personal growth to occur.

People believe what they believe because of a lifetime of experiences and influences which have molded them. People can and do evolve into new ways of viewing the world—Lord knows I have—but it doesn’t happen overnight, and it certainly doesn’t happen as a result of a bunch of people jumping all over them with righteous indignation. We seem to have lost our patience to allow time for people to grow into new ideas. Again, I’m the first person I’m calling out here.

The way Jesus changed the way people saw things during his ministry was through example, with subtle teaching, building empathy through relatable storytelling, and most of all, through love.

We can’t wait for the other side to start loving, it starts with us.

It starts with me. 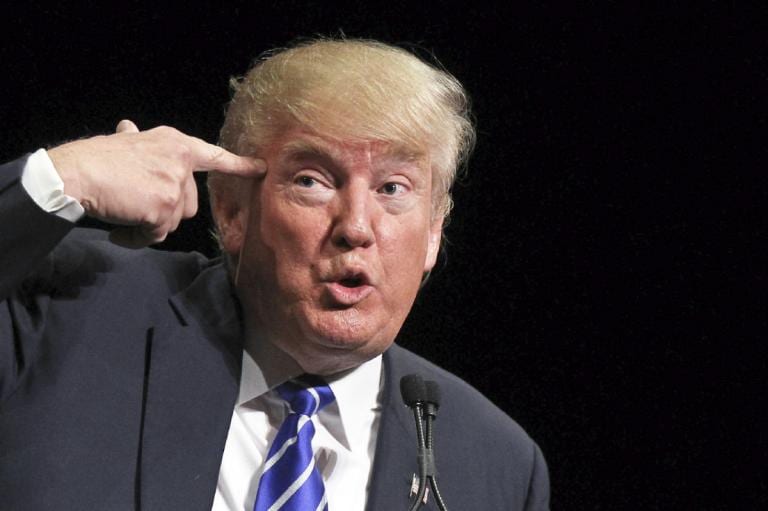 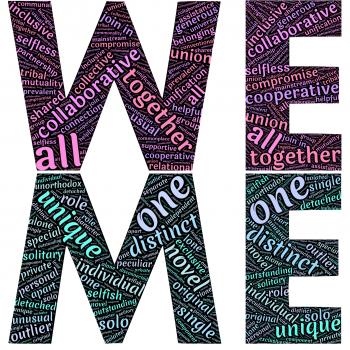 Politics Blue
Where is the Line Between Unity and Liberty?
Empathy Mining