Defending My Politics with My Faith: Part 5-Abortion 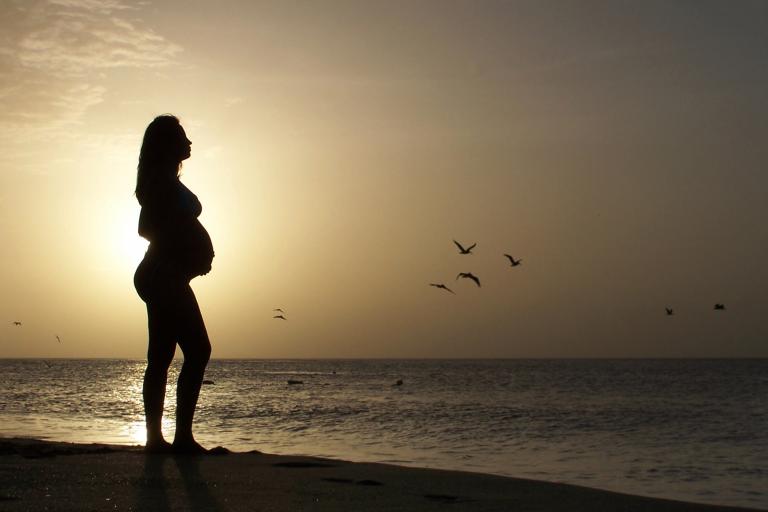 This is the 5th and final installment of my series called, Defending My Politics with My Faith. My topic today is abortion. (portions of this article have been reprinted from a previous article I wrote.)

When it comes to Christianity and politics, the topic of abortion is the ultimate deal breaker and the great divider. Perhaps above all else, it is the issue that drives so many fundamentalist Christians to the polls to vote for Republicans. When I used to be a Republican, I had no issue with this fact. However, abortion was never an issue that I considered when I voted. Even when I was at my most conservative, I still didn’t feel like women’s choices for their bodies and lives were any of my business. I felt like that then, and I still do today. The difference today is that I have armed myself with hard facts and data to help defend the choices I make when I vote.

Republicans have done a masterful job of selling their side of the abortion argument. They have played the heartstrings of evangelicals by pushing all the right buttons. How can anyone support the murder of babies? When they speak of abortions, they usually conjure up disgusting imagery of a late-term, well-developed fetus being dismembered and removed from the womb in unimaginably macabre fashion. The most basic of research will quickly reveal that those kinds of abortions are exceedingly rare, and the overwhelming majority of abortions are performed early in pregnancies. Almost 60% of all abortions that are performed take place in the early gestation period when a zygote is merely an unrecognizable clump of cells. Over 92% of all abortions are performed before the 13th week of pregnancy. At that stage of development, a fetus is about the size of your thumb, or smaller, and clearly would be unable to survive at all outside the womb. Only about 1% of all abortions happen in late term in part because, in nearly all states, late term abortions are already illegal except under the most extreme of circumstances.

When some people speak of defunding Planned Parenthood they imply that the program is little more than a horrific abortion mill. In doing so, they are selling a lie. In reality, abortions make up only a tiny fraction of the services provided by Planned Parenthood. In fact, it is very likely that Planned Parenthood prevents far more abortions than it performs. In addition to that, Planned Parenthood helps save the lives of women by providing medical services to which they wouldn’t otherwise have easy access. But these truths get lost in the political rhetoric and millions of well-meaning conservative Christians buy the bill of goods they’ve been sold.

Over the years, I’ve come to develop my own informed opinion about when life actually begins. Christians who are struggling with this question could look to the Bible which implies that life begins with the first breath. Some use the development of a heartbeat as the beginning of life. That generally occurs at around 6 weeks after conception. However, a fetus at that stage of development is less than a quarter of an inch long and doesn’t even resemble a human being. I have chosen to use the science of gestation and have determined that I think life begins at the stage of the pregnancy when the fetus becomes viable, in other words, the stage at which it could survive outside the womb. Generally speaking, a fetus won’t reach this stage until around 24 weeks of gestation. Some research has shown that a few babies born at as early as 22 weeks have been recorded to survive with the aid extremely intensive medical care. That is the lowest number I can find anywhere in my research. According to the CDC statistics, only about 1% of all abortions happen at greater than 21 weeks.

I lay all that out to justify my stance on abortion. I take no issue with laws that ban abortion after 22-24 weeks (the laws that already exist in the vast majority of states) even though I don’t really see a need for them since statistics show that those kinds of abortions just don’t really happen. Only seven states currently allow abortions after the viability stage anyway. I just don’t see a crisis here. If you want to push for those seven states to fall more in line with the rest of the country, I could support you on that, but that’s about as far as I see it going.

I do understand and empathize with the Christians who are passionately against abortion. In a perfect world, I’d love to stand against abortion, too. I hate that any abortion ever has to happen–but I am pro-choice because I am pro-life. What do I mean by that? I mean that I want every child born to have a legitimate chance at a meaningful and happy life full of love and support. And I mean that I know this isn’t a perfect world and I know that what a woman chooses to do with her own body isn’t my choice to make. It is her life and her body. It is as simple as that 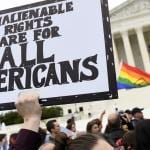 March 3, 2021
"In the World but Not of the World": The Church vs. The Equality Act-an Open Letter
Next Post

March 22, 2021 Thank God for Our Pets
Recent Comments
0 | Leave a Comment
"Will Christ Jesus condemn the multitudes of unrepentant sinners during the great tribulation?But even then ..."
D.M.S. What if We Were a Red ..."
"Are you a red letter Christian?"
D.M.S. What if We Were a Red ..."
"In religion, some are seen as more equal than others when the question of outside ..."
Thomas Carl Reyes “In the World but Not of ..."
"Exactly my thoughts! Why post a comment indicating that you're ready to provide "alternate facts" ..."
Cynthia Brown Christ Conservative Christianity Keeps Rhyming History
Browse Our Archives
get the latest from
Empathy Mining
Sign up for our newsletter
POPULAR AT PATHEOS Politics Blue
1

The Christian Right is under siege...
Empathy Mining