Is Prayer Just Too Boring?

When I was young, I heard about people who prayed a lot on their own. They called themselves “prayer warriors” which always struck me as a little odd. At its root, prayer is the discipline of seeking the peace of God.  It always seemed strange to seek peace with God using the violent metaphor of a “warrior.” But then, prayer sounds kind of boring. Being a prayer warrior sounds less boring.

Given the choice, I’d rather do something. Work a homeless shelter. Teach a Bible class. Serve in a soup kitchen. Clean up the Guadalupe River.

I’m not suggesting this is a good thing, but try as I might, I don’t find prayer to be enjoyable.

And I’m not alone. Recently, the University of Virginia and Harvard University conducted a series of studies led by Timothy D. Wilson that concluded people hate to be alone with their thoughts. We hate it so much we will choose to self-administer painful electric shocks rather than sit in peaceful silence. (A detailed report of the study is available from the July 2014 issue of Science for a small fee. It’s good reading if you like science.)

Surely, being alone with one’s thoughts is not quite the same thing as prayer. The study looked at all “inward-directed thought” by which people were “disengaging from the external world.”

My Christian upbringing tells me that prayer is something different. I was taught to enjoy a sweet hour of prayer and “have a little talk with Jesus.” Even so, the traditional definition of prayer—giving thanks, making requests, offering intercession for others—fits well within the study’s boundary, especially when combined with the conservative Christian tradition of quiet devotional time.

In every variation of the study, participants were asked to spend 6-15 minutes sitting quietly without falling asleep. Scientists called it a “thinking period.” Although the study focused primarily on college students, scientists produced similar results with other participants from a farmer’s market and a local church.

Some variations had participants spend time thinking in a laboratory, others at home. Some participants had other choices besides just thinking, positive choices like reading a book and negative choices like the painful electric shock. Some were even given “prompted fantasy” instructions to guide their thinking time.

From a scientific perspective, prayer could be considered a set of prompted fantasy instructions. That is, we use our imaginations when we pray, visualizing the people we pray about, visualizing a God who hears our prayers. Often, we even follow instructions. Jesus provided a script for his disciples when they asked for one. Most Christians call it the Lord’s Prayer. Personally, I like the Eastern Orthodox Jesus Prayer. 12 Step Programs have raised awareness about the Serenity Prayer, another useful scripted prayer for Christians.

Growing up, I was taught to pray in free verse, dumping my thoughts on God like adolescent word vomit. My chatty monologues probably made God wish he had some of those painful electric shocks handy.

Participants in the joint study only shocked themselves when the option was available to them—especially men, 67% of whom gave themselves at least one painful shock during the thinking time. But every version of the study found similar results. People find it hard to concentrate. Their minds wander. And they don’t enjoy disengaging from the external world to be alone with their thoughts.

Perhaps God never meant prayer to be enjoyable. Perhaps our definition of enjoyment these days has been reduced to the gentle pleasure we feel after watching a new cat video.

We live in a noisy world. Constant connection and constant notifications from email, Facebook, and smart phones. Even our smart refrigerators may soon want us to browse AP news headlines while we get ice. Is it any wonder we don’t like to pray or meditate or simply sit peacefully with our thoughts for a few minutes?

We don’t know how.

Private prayer, home prayer is a different thing, and it requires discipline. Perhaps there is still time to learn before we forget completely.

August 19, 2014 Feeling Beat Up at Work? Three Great Ways to Manage Yourself Through the Stress
Recent Comments
0 | Leave a Comment
Browse Our Archives
Related posts from Shrinking the Camel 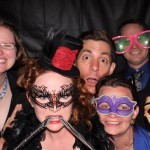 Faith and Work
So You've Been Asked to Pray at a...
Shrinking the Camel 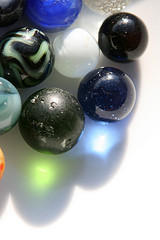 Faith and Work
Six Words About Your Work
Shrinking the Camel 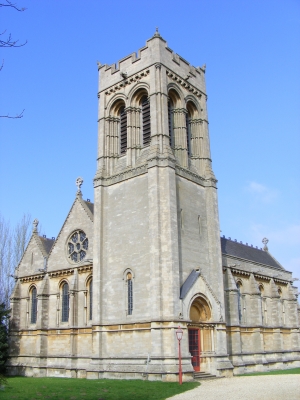 Faith and Work
Where You Go to Church Tells How Much...
Shrinking the Camel