Was That an Angel? A Mysterious Encounter at Penn Station

Was That an Angel? A Mysterious Encounter at Penn Station August 4, 2015 JBW 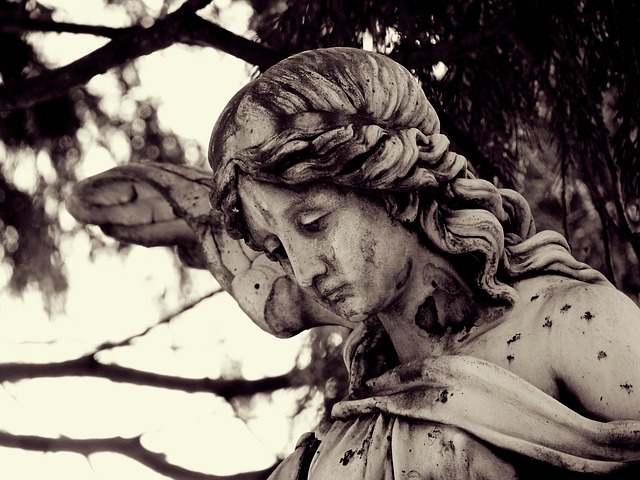 Once I took a train into New York City to attend a “Deal Making Conference.” Thousands of men and women in their finest hand tailored suits eagerly descended upon an upper Manhattan hotel for two days, swarming in groups and in clusters, like bees pollinating a field of wild poppies.

When it was all over, I took a cab back to Penn Station to catch the train back to Philly. As I was waiting in the main station to find my track number, a young woman – a girl, really – appeared out of nowhere and stood in the spot next to me. She was probably in her early twenties, and looked very much like Gwen Stefani, or a photo of Gwen Stefani if she had been caught without make up on the cover of one of those tabloid magazines. She was almost pretty, I’d say. Her short bleached hair was pulled back very tight into an almost non-existent ponytail, and she was wearing jeans with a navy blue Pea-coat.

She turned directly to me and said, “Really, I’m not a hateful person.”

Well. How do you respond to something like that, coming from a complete stranger? I smiled at her, not in a condescending way, but in a way that said “Oh, yes, I have people coming up to me all the time, telling me that exact same thing. It really is such a common dilemma, you know.” A polite and familiar smile is always the best response when you don’t really know what’s going on and you need to buy some time to evaluate the situation, without posing any visible threats. This was New York, after all.

As I was smiling politely, I noticed something sticking out of the side of her coat. It was a group of tampons peeking out of the side pocket. I don’t know how you categorize a number of tampons grouped together when they are not in a box. Would it be a fistful of tampons? A gaggle of tampons? A smattering of tampons? Anyways, they were all grouped very nicely together, like a small bundle of kindling. It gave one the impression that says, “I am a very organized and efficient girl – I am ready to take on the forces of nature at a moment’s notice, any time, any place.” Then again, maybe it was just a blatant sign that she had just waltzed out of the psych ward without first checking in with the nurse. I considered backing up, very slowly.

I had not yet responded, and was contemplating the tampons in the pocket, when she asked me another question. A follow-up question, if you will.

This she asked with a great deal of earnest sincerity. She was so concerned, almost pained, so needing to hear what I was going to say, like my response held the keys to her emotional freedom. I felt compassion for her. I felt a little of what Jesus must have felt when he had compassion on the poor and the prostitutes and the posessed. He would want me to console her. I spoke up, and with the most authoritative voice I could muster I said, “No, you don’t look hateful at all. Not one bit.”

She breathed a huge sigh of relief and smiled back at me, as if I had just released her from prison. I set her free, got her off the hateful hook. Her inner personality #2 or #3 was probably in there telling her, “See? I told you, hon. You’re really a doll!” I kind of expected her to hang around a little while, now that I had exonerated her. Maybe she would start telling me her whole life story or even skip on to some other random, unrelated question that might be on her mind, like “Did you know that the Monoglite Empire has colonized my studio apartment?” Instead she stood there quietly, reveling in her non-hatefulness. Then she walked away.

Or was she just an ordinary girl? Just a girl at Penn Station with a pocket full of tampons?

The train to Philly was announced, now boarding on track 7E.

August 10, 2015 Thou Shalt Love Thy Customer: A Revealing Visit to Starbucks
Recent Comments
0 | Leave a Comment
Browse Our Archives
get the latest from
Best of Patheos
Sign up for our newsletter
POPULAR AT PATHEOS Faith and Work
1