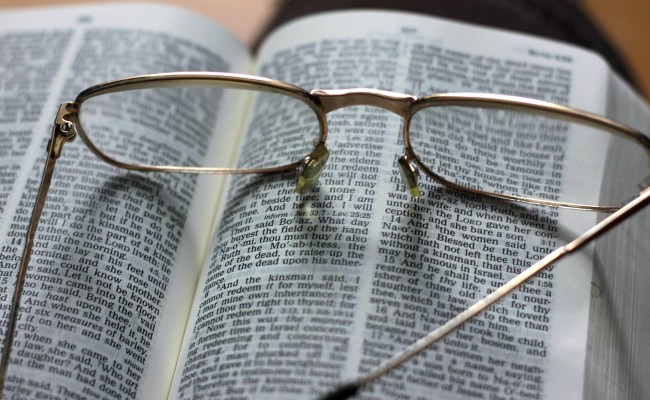 I have spent the past few months reading through the gospels again, a little bit each morning. Despite of the rush of my daily schedule, those few minutes of quiet contemplation always help to keep my spiritual wits about me as the hectic day unfolds. I’ve finally just about completed the last one, the Gospel of John.

It’s been a long time since I’ve actually read through these holy books in their entirety – probably not since college, over twenty-five years ago. But for some reason I was recently compelled to take a fresh look at what Jesus had to say, how he was portrayed, how revolutionary and relevant his message might still be.

I confess that I was a little nervous, too.

Would I see Him any differently today than I did when I was a young and impressionable college student? I am, after all, so much worldlier today than when I last read through those bible stories, and much, much more responsible and realistic about life, compared to that naive and scrappy yahoo I remember from college days. Would this hard-earned sophistication now find these gospel stories childish and meager? Would they seem unbelievable and parochial? Would I still even believe it anymore? I dug in.

At first, my skeptical nature kept things in check by taking mental notes on all the pieces that didn’t fit, or that I didn’t like. I was frustrated by those maddeningly cryptic parables (Why doesn’t Jesus just come right out and say what he means?). I noted the limitations of the culture and time in which the gospel stories were written, which tempered my regard for the text (Throwing stones at people when they misbehave? Come on, now). But as I continued reading, the stories crept up on me, got under my skin, and this Jesus character gradually drew me in.

I wanted to see what happened next.

Eventually, I started appreciating these books for the fullness of the stories told, rather than as isolated sound bytes heard in church on Sundays. I discovered, for instance, that each gospel has a unique voice telling the story: Luke, the precise scientist-physician; Mark’s fast-paced telling of Jesus the servant; Matthew presenting the long-awaited Messiah for the Jews; and John’s emphasis on Jesus as divine God. These were real people telling their true stories.

As I allowed the narratives to unfold, I became immersed in the many scenes, imagining them play out as if I was right there. I watched the beads of sweat forming on the brow of Jesus as he spoke the Beatitudes from the mount in the heat of a Middle-Eastern summer’s day. I felt the dust and dirt crusted around the heels of his feet as he sat by the Samaritan well in the arid desert, waiting for his disciples to return. I was alarmed by the intensity of his gaze as he stared down the Pharisees in the temple, pushing back hard against their confrontations with words that cut right through their precious notions of religion and order. I was impressed by his irrefutable brilliance, moved by his compassion, and unsettled by some of his commands.

Reading the gospels again as a forty-something adult, I developed a newfound admiration for Jesus – the Jesus I kind of took for granted for a long while, but was now re-discovering. This grown-up version of Jesus was bolder than I remembered him to be. Also he was smarter, stronger, surprisingly coy, and yes, still revolutionary.

The strangest thing for me was that with each gospel reading, when I got to the part about the crucifixion and resurrection, it actually caught me off-guard. It’s not like I hadn’t heard this story a thousand times, but each time I arrived there in the course of the reading, I found myself surprised and disturbed. Maybe it’s because I had gotten to know Jesus a little bit. Maybe I had gotten attached to him. A thousand times, I heard it all my life, and I still didn’t expect it. The betrayal: How could he just stand by and let this happen? The mock trial: Why doesn’t he say something, and stand up for himself? The cruel mob and the mangling crucifixion: Like something out of a horror movie. Then, when I get to the ending, the resurrection, it just blows me away, every time. I try my hardest to picture it, and I can’t believe it.

As I sat in my chair during the early mornings over the past few months with the pages open to Luke, Matthew, John and Mark, each one reaches a dramatic climax with the story of the crucifixion and resurrection. Jesus dies. They lay him in the tomb. The disciples are worried, and they mourn. But then, He comes back to life. He comes back to life. Could that be possible? No. It’s not possible. It’s a full-fledged, over-the-top miracle that is incomprehensible to me. But somehow, mysteriously, I believe. Again. It changes everything. My life is no longer ordinary. Every decision, every thought, deed and action is now tangled up in this new, resurrected life. I close my eyes, and humbly remember the unchanging truth of my faith: I am forgiven. I am saved. I am loved.

He is risen, indeed.

September 14, 2015
My Charity Work is More Degrading Than Yours: Lessons in Leadership from Middle School Fellowship – Part 3
Next Post

September 18, 2015 A Tasteful Examination of Using Salty Language
Recent Comments
0 | Leave a Comment
Browse Our Archives
get the latest from
Best of Patheos
Sign up for our newsletter
POPULAR AT PATHEOS Faith and Work
1