They Call Me Parrain: On the Strange Practice of being a Godparent

Cajun Country is a unique little hub in southern Louisiana. Nestled in the steroeotyped Southeastern US culture – the Confederate flag waving, Republican-voting, diehard evangelical Protestant Christian South – Acadiana is unquestionably different from its neighbors, largely due to the Roman Catholic faith of its settlers from Canada. Catholic culture pervades, especially in the selection of godparents for a baby, despite religious affiliation.

But godparents aren’t unique to Catholicism. Even Harry Potter had a godfather, Sirius Black, and Harry is almost certainly not Roman Catholic. Maybe he’s Anglican (or Wiccan? [he typed, snidely]).

In the baptismal ceremony, godparents recite the Baptismal Vows on behalf of the baby, to renounce Satan and all his works, etc. The children will repeat those vows themselves when they come of age. That rite-of-passage is called the Sacrament of Confirmation. In the words of the Catechism,

“…the reception of the sacrament of Confirmation is necessary for the completion of baptismal grace. For ‘by the sacrament of Confirmation, [the baptized] are more perfectly bound to the Church and are enriched with a special strength of the Holy Spirit. Hence they are, as true witnesses of Christ, more strictly obliged to spread and defend the faith by word and deed.’” CCC 1285

Typically not so theologically rooted, in Cajun Country, godfathers and godmothers became parrains and nannies/nanans, “special” guardians of the baby. As both a Cajun and a Catholic, the role of parrain is more than a title to me. I have two incredible godchildren: Eden Claire and Blake P. 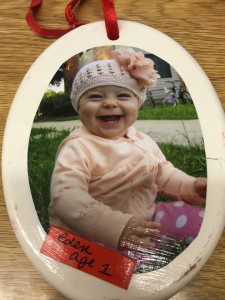 My cute one-year-old goddaughter Eden is the first daughter of my good friend Eric. Though godparents are mostly chosen from the parents’ families or from their lifelong friends, Eric and I are not related and have known each other for less than ten years. Our differences are apparent: he–outdoorsy, fishing-loving, Catholic foreign missionary; me–geeky, introverted goody-two-shoes. We became close over a mutual love of deep conversation, psychology, and movie theater popcorn. Mostly the popcorn.

Since I don’t know what the “P” stands for in my godson’s name (because I am a bad parrain), I will call him Blake Pegasus. Blake Pegasus is a year older than me, yet he became Catholic when we were both in college. Before even considering entering the Catholic Church, he asked me why we Catholics pray to Mary. I answered without thinking much – we don’t pray to Mary; we only pray to God; we honor Mary and we ask for her intercession, similar to the way any Christian may ask others to pray for them for whatever reason. I was shocked when Blake called a few weeks later to tell me he’d decided to become Catholic and ask me to be his Confirmation sponsor. We found out the night before his Confirmation that since Blake had never been baptized, I would be upgraded from sponsor to godfather.

So my two godchildren are a one-year-old cutie and a friend from college who is a year older than me. I’m not related to either, yet both call me parrain.

My own godparents are both dead now. My nanny taught me through her life, and even her death, the value and the beauty of living simply. From a young age, I’ve always aimed for huge, monumental accomplishments. Even understanding how egocentric and ridiculous that is, part of me always feels pressured to leave a large impact through my life. Seeing my nanny battle cancer in her early 40s, and die from it a few years later, showed me the profound impact that a compassionate, joyful, authentic–and simple–life can have.

At her funeral, I saw how people’s tearful memories of her impacted their lives – whether at her job, at the supermarket, or out with friends in our small town. There’s great power in humble love, a lesson my pompous soul desperately needs.

My parrain, or godfather, was a polarizing figure. He didn’t hold a job for long at any point during my life, and would live off of the weekly checks from his mother. He died of liver damage after drinking heavily for most of his life. During his heavy drinking bouts, he would sometimes drive over to his mother’s workplace and complain that he was entitled to more than the checks she was sending him. A few times, these visits ended with him physically assaulting her, and the employees would have to pull him off her and send him on his drunken way. His way did not intersect with mine often. Except when he’d give me a slurring call on my birthday every four years or so and accuse me of not wanting him in my life.

Losing my godmother in the prime of her adult life and having a mostly non-existent relationship with my godfather made me especially nervous about taking on this responsibility myself.

“For the grace of Baptism to unfold… the role of the godfather and
godmother, who must be firm believers, able and ready to help the
newly baptized child or adult on the road of Christian life. Their
task is a truly ecclesial function (officium).” CCC 1255

I got the ready-and-able-to-help-on-the-road-of-Christian-life part down pact. But the firm believer part makes me uneasy. Do I believe? Yes. But should my belief be the foundation for anyone else? Doubt is a necessary part of me. And yet, I consider being a godparent a great honor and responsibility. I want to be remembered for more than the awesome Christmas gifts “from Parrain.”

So in the beautiful both/and inclusiveness of the Catholic Church, maybe not only do godparents serve in guarding the children, but the godchildren help their godparents to be more faithful members of the Church, and more humble members of humanity. 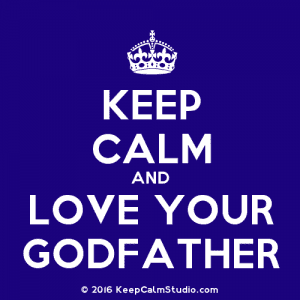 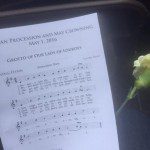 May 1, 2016
I have a Problem with Mary...and Possibly Women in General.
Next Post 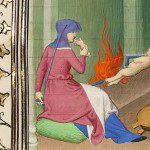 A Look At The Watchtower aka...
The Pursuit of Holiness
Related posts from Sick Pilgrim

Schedule Ideas for Catholic Families in Quarantine
Here is a tentative weekday schedule our family came up with. This...
view all Catholic blogs
What Are Your Thoughts?leave a comment
Copyright 2008-2020, Patheos. All rights reserved.