I Love a Good Clean Murder 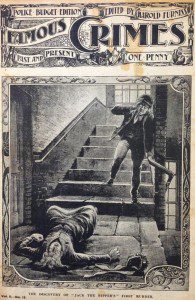 Best are those with minimal blood: perhaps poison, asphyxiation, or even strangulation.

But even better is the off-camera death, where we don’t see the victim stalked by their killer.

Oh, I like a murder that feels staged—and that’s also available on Netflix.

My husband and I watch at least three murder mysteries a week, usually of the BBC variety: Midsomer Murders or Marple, Sherlock or Foyle’s War. In between, I devour mystery novels, reading through author’s life’s work until I run out of installments. Then I search for a new supply.

I’ve wondered why I like consuming so much death. At home, I avoid killing spiders. I am frightened of heights, roller coasters, and creepy children’s movies. I’ve never watched a horror flick.

Even so, I like watching people bite the dust.

For a long time, I thought I was attracted to them because of their tidiness and rules.

Murder mysteries are all about rules. They have conventions, obligatory scenes, and a predictable arc. There’s a red herring and clues, an investigator, and the big reveal at the end.

I assumed I loved predictable stories because if things must go horribly wrong, I prefer them to go wrong predictably.

As a child, I learned that life is anything but predictable. Bad news comes out of left field; mysteries do not always get solved by the commercial break; a coherent narrative does not unspool itself on cue.

Perhaps that’s why I clung to rules so fiercely for so long.

I was a “good girl.” I held up goodness and niceness like a clove of garlic against fanged creatures. I told myself not to read unruly books or speak my questions out loud. I avoided offending people or turning over rocks to see what hid beneath.

And my biggest, ruliest niceness of all was religion.

I thought God wanted me quiet, hands on my lap, nodding my head in unison. I thought staying safe and likable would keep me in Christ’s good graces.

But despite my rule-following, the dark kept finding me. If faith was niceness, it had no power to save.

Looking back, I think I guessed wrong on my attraction to mysteries. Rather than rules, I think I was attracted to justice.

Wrong gets addressed. Confusion untangles. The unsolvable unlocks with a satisfying click.

Of course the evil in this world doesn’t fit in the conventions of a genre novel. When Edgar Allan Poe invented the modern mystery, he called his creations “”tales of ratiocination,” or reasoning.

Knowledge and logic are the gods of a detective.

But woe to us if we think we can cut the darkness of this world to size with logical arguments. As Walter Brueggemann says, “In our modern experience…it is believed that enough power and knowledge can tame the terror and eliminate the darkness…But our honest experience, both personal and public, attests to the resilience of the darkness, in spite of us.”

We need more than clear thinking to confront evil. We need a Power that lies beyond the grave.

But even so, what I love in every murder mystery is promised, paradoxically, in Jesus’ death and resurrection, by the Psalms, by the catechism, by the creeds.

To wit: terrible acts of violence will not go unnoticed. Human beings, powered by God, can step into deepest darkness and illuminate it. God’s universe is ultimately a universe of order, beauty and love.

But most terrifying, and most exciting: God invites ordinary people, like amateur sleuths, to drive the story forward. God doesn’t ask us to stay quiet and nice behind locked doors. No: God invites us into a wild goose chase that ends with a reckoning.

Heather Caliri is a writer from San Diego, California, the author of Unquiet Time: A Devotional for the Rest of Us, and a contributor to The Mudroom. Follow her on Twitter @heathercaliri. 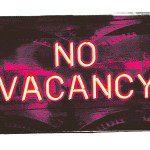 July 7, 2017
Dark Devotional: Missing Your Own Party
Next Post 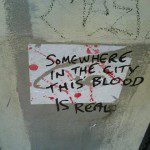 July 13, 2017 Taking Intersectionality to Church
Recent Comments
0 | Leave a Comment
Browse Our Archives
get the latest from
Sick Pilgrim
Sign up for our newsletter
POPULAR AT PATHEOS Catholic
1

Listen to the Church, not LifeSite,...
Chaos and Old Night
Related posts from Sick Pilgrim