You Are Not Alone: Catholic Women’s Real Life Experiences of NFP, Part III 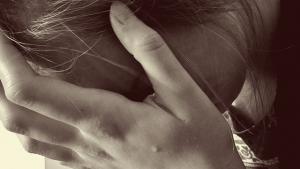 I was sobbing in the confessional. Again.

That wasn’t exactly new, but this time I felt like I was having a full-blown breakdown. My dear pastor’s eyes slowly evolved from merciful-but-detached to confused to mildly alarmed as I grabbed tissue after tissue, trying to continue my confession through hiccups and stutters, trying to explain why I was so so angry at God. So angry that I voluntarily stayed in the Narthex with the smaller children during Mass for week after week because I didn’t want to enter His House Proper. So angry that I could feel my soul turning black.

I was angry because I felt the Church—and therefore, in my mind at the time, God Himself—had put me in a Catch 22, from which there was no way forward without mortally sinning or tearing my family apart.

A little history here is helpful. We’d had our fourth child a little over a year before. A complicated pregnancy had meant no sex after the first month. Because the arrival of number 4 had caused number 3 to become anxious to a degree that caused medical emergencies, we knew we really could not become pregnant again. Because I was nursing number 4, I needed to wait for my cycle to return to be able to avoid pregnancy, but my cycle was slow to return. And when it finally did, a separate medical emergency caused me to lose my milk (and yet, number 4 refused to take a bottle or enough solid food for sustenance and began dropping a dangerous amount of weight rapidly), requiring medication to restore the milk—medication that also happened to be a known abortifacient. We were looking at over 2 years of no sex.

Lest you be quick to point out that we are all called to celibacy within our own vocation, and that single people and the ordained are called to virginity for life, please reflect on the difference between being solitary and living in close proximity to the person God has joined you to for life, sleeping next to them, working in cooperation to raise the (many) children you already have, and yet having to refrain from so much as touching one another because two years’ worth of pent-up tension is not sated by holding hands. The angst and frustration we both felt was spilling into every area of our lives.

Within a few weeks prior to going to confession, a woman who I trusted who also happens to be a spiritual advisor (though not mine; we were simply conversing) had given me three bits of advice on three separate occasions. I do not think she ever connected them all, but to me they were the perfect storm for a breakdown:

And this, number 3, is where I’d like to scream. I cannot because—we’re denying life? (When we already had 4 and one was in actual danger if we added more?) Because—a little self-denial is good for you? (This wasn’t the first time we’d had an extended period of abstinence. At this point in our marriage we’d probably had far more NO days than YES days, since I tend to be un-fertile for all of 3 or 4 days a month, and sometimes my husband was out of town, or the kids were sick those days.) Because—God won’t love us if our unitive experience doesn’t end with PIV? (I tend to give God more credit than that.)

The confession ended with my pastor giving me a gentle penance and me making an appointment to see him later—during which he didn’t give me any straight answers and demonstrated that he didn’t understand anything at all about how a woman’s fertility cycle works and what that has to do with NFP, but also said he didn’t feel right laying burdens on my shoulders that he himself didn’t have to carry. (I had actually, years prior, been told by a different priest during confession that it would not be a sin for us to use birth control because of our circumstances. At the time I was far too scrupulous to take him at his word, and several priests after had told me that he didn’t really have the right to say that. I’m unclear on the church’s official teaching here.)

We continued to struggle with NFP for several more years, until I went out of town for a weekend and went to confession with a priest I’d never met. He surprised me by asking at the end if he could administer the Sacrament of the Sick. (Apparently he did this for everyone, though no one had warned me ahead of time.) Unsure why I would need it, I said yes. He laid his hands on my head and spoke prayers over me. He anointed my palms. He gently told me to go in peace. And when I walked out of the confessional, I did feel peace, and I felt the burden of a lifetime of scrupulosity lifted from me.

When I got home, we began to explore other options for us that did NOT include abortifacients, but did allow us to come together as a married couple who has done their level best in the eyes of God, and who simply cannot have more children. Was it a gift of grace from the anointing, or just a couple stretched far too thin and too exhausted to play by the rules any more? I can’t say for sure. But I can say that I feel at peace.

I do not believe NFP is pointless. We used it successfully for years, and it helped us to conceive when we were ready. But I do think that being handed an imperfect tool as the One and Only Way has the potential in some marriages to drive a wedge between spouses, and between individuals and the church. Our understanding of the science of fertility has come a long way. It is time for the church to admit that there are more options than Bear As Many Children As You Can Until You Die and Josephite marriages. 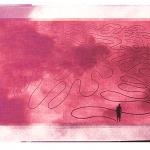 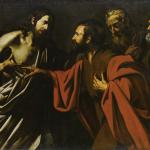 April 6, 2018 Dark Devotional: On the Outside with Doubting Thomas
Recent Comments
0 | Leave a Comment
Browse Our Archives
get the latest from
Sick Pilgrim
Sign up for our newsletter
POPULAR AT PATHEOS Catholic
1