I Wish I Could Believe: Marie’s Story

My friend says I can still talk to you, even if I don’t believe anymore. And after this week, I really don’t think I can believe anymore. But, like the prisoner-priest speaking to Edmond, she said it’s okay. Because you believe in me. And she believes in you. And well, I believe her.

So I guess it’ll come out in the wash.

You know, I’ve been warning you this was coming—the disintegration of my faith. I told you I’m drifting. And maybe you’re not there at all, so it’s silly to ask you to listen.

I asked you to reweave the lifelines between us. Did you? I don’t see them. It’s more like they’ve melted away, this illusion I was drowned to believe.

Lord, I believe. Help my unbelief. 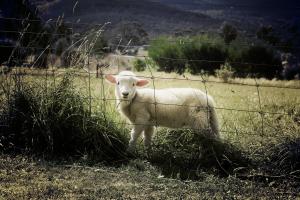 So what prompted my unbelief? Well, I learned a few weeks ago that I was molested as a child by my pediatrician. The memory wasn’t new, but the context was: reading the news article about the 70 other counts of child abuse and molestation against Dr. Barto forced me to recognize that his clammy doctor’s fingers weren’t actually supposed to be touching my six- or seven-year-old genitals 17 years ago.

And you know what? He was a Fine Upstanding Catholic Father. I’m not shocked, really. After my life, I can’t be.

But now I feel like I can’t trust my memory anymore, which is so tied to my sanity.

So that’s exciting. Madwoman in the attic and all that.

Then, last weekend, I read an article about a woman who was raped ritualistically during Mass by a priest. He was one of her closest friends and her spiritual director. Another Fine Upstanding Catholic Man. Another aggressor.

But these things aren’t new. 6 months ago, it was this Christendom college survivor’s story that made me break down and ugly cry as my roommates tried to figure out what to do with me.

At this point, I’m really sick of learning about abuse cases against Fine Upstanding Catholic Men. It makes it fucking hard to be Catholic these days. Makes it hard to believe in this Catholic God of love. Or maybe that’s just me.

Maybe I’m just weak. Just bitter. I know someone reading this is typing a comment right now, informing me that’s the case.

And all this was before the Grand Jury report about the horrific abuses that so many Catholic priests committed against the Catholic children of Pennsylvania. But see, the knowledge of rampant priest abuse isn’t new to me. All through my childhood, my father was one of the men who worked to expose the priest sexual abuses in my home diocese of Altoona-Johnstown. He blamed all of it on homosexual priests. Because that way he could other these abusers. If these evil priests were gay, then they were nothing like him. They were not Fine Upstanding Catholic Men.

I feel odd. The priest abuse Grand Jury report has shaken me, and I didn’t expect that. It was easier to accept when it was just Boston and my own diocese, Altoona-Johnstown. That was simpler. Then it could just be blamed on two corrupt, horrible dioceses. The rest were safe.

So now I’m standing on the outside of my identity, looking in curiously, not sure what to make of that person I once was, the person I am no longer. And I’m a bit unfamiliar with this person I now am.

Because I can’t trust my faith anymore, either. Not my memory and not my faith, once an integral part of my identity—faith in this Catholic Church that has protected aggressors and abusers for millennia at the cost of their victims, of the vulnerable, of the ones that Christ supposedly came to protect, to serve, to love. The ones his church was supposed to be supporting all along.

But you know, the thing is, I’d still like to believe in you, God-person. Even now. If I did, I’d like to believe you were Christ, or at least that you were like him. Compassionate. Giving. Loving. Dying each day beside the victims of Fine Upstanding Catholic Men.

But after this week, after these last few years, after learning that my childhood was one of Catholic domestic violence—it’s just really hard to believe in you. It’s hard to pray to you.

So maybe my atheist friends are right. Maybe I should give in and give up. It’s getting harder to believe they’re wrong—to believe you exist at all. Or to believe that you’re not just some sadistic being out in the cosmos, trying to guilt us and make us miserable for your own entertainment.

Because the more I live and the older I get, the more of this painful world I see. And the harder it gets to believe you’re not the spiteful-old-bastard-god of my father. Or else that you’re just not there, period.

Lord, I want to believe. Help my unbelief.

So now I lie in my bed, writing through my phone’s voice-to-text because it’s after 1:00 a.m. and I should be asleep.

And I’m trying to decide if I can still claim to be sane when I’m praying to a God I don’t think I believe in anymore.

Lord, I wish I could believe. Help my unbelief.

*****
Marie Kopp is a writer, editor, millennial, and human platypus. Any day now she will board a flight to Spain, where she will teach English in a Spanish school. And, well, that’s a bit terrifying. You can find more of her musings on her Patheos Catholic column, The Shoeless Banshee: Meanderings Beyond the Pale. 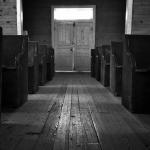 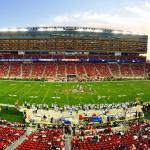 August 29, 2018 Fantasy Football and the Catholic Church
Recent Comments
0 | Leave a Comment
"https://www.youtube.com/wat..."
Theodore Seeber How Blogs Hurt (and Help) the ..."
"I agree with Jacobs. Our writer could have bowed to the altar in the Episcopalian ..."
edlondinium Dark Devotional: The Case of the ..."
"Oh dear. Shades of Pascal's wager. What I choose to do with my life is ..."
Linguagroover Dark Devotional: On the Outside with ..."
"A serious study of Catholicism will show that Jesus' Gospel message was and is a ..."
Jo Ann Elder-Nativity Dark Devotional: On the Outside with ..."
Browse Our Archives
Related posts from Sick Pilgrim 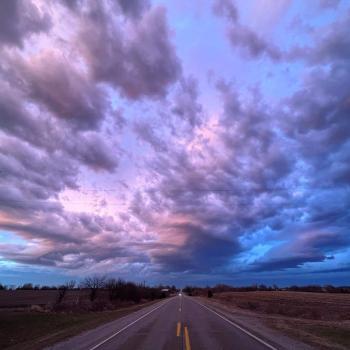 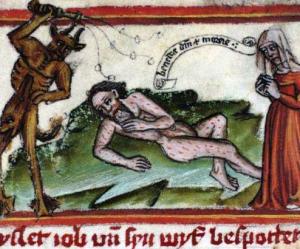