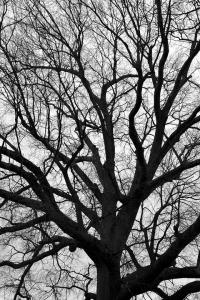 That time of year thou mayst in me behold

When yellow leaves, or none, or few, do hang

Upon those boughs which shake against the cold,

In me thou see’st the twilight of such day

As after sunset fadeth in the west;

Which by and by black night doth take away,

Death’s second self, that seals up all in rest.

In me thou see’st the glowing of such fire,

That on the ashes of his youth doth lie,

As the death-bed, whereon it must expire,

Consumed with that which it was nourish’d by.

This thou perceiv’st, which makes thy love more strong,

To love that well, which thou must leave ere long.

My English teacher paused for a moment after he read this, Sonnet 73 by William Shakespeare. I’m not sure now what that pause meant. I like to think that he was as struck by it then as I am now. At the time though, nothing struck me as important in this poem. This was my teacher’s choice for the “Poem of the Week,” a gimicky and gameshow style attempt to make poetry relevant to me and the rest of my high school senior class.

Judging from the fact that I am writing about it now, almost two decades later, his attempt worked.

Like I said, the poem didn’t seem relevant to me at the time. I was 16, eager for the future and the promises of adulthood.

But then Friedreich’s ataxia happened.

Even though I’d been diagnosed with it years before (and technically I’ve had it since birth), its symptoms hadn’t progressed much beyond making me a clumsy, uncoordinated 16-year-old.

The sonnet is all about progression. The poet moves closer and closer to the fading of the light…from a season, to a day, to a moment.

The passage of time becomes more immediate as the poem goes on. Just like in life.

When we are children, an hour seems to go on forever. That senior English class seemed to go on for eternity. Back then, I inhabited a space in the budding spring and the warm summer. Everything seemed new and promising. Trees were green, and birds chirped incessantly.

Soon enough though, this summertime ended. I found that I could no longer depend on the nearby walls of the school’s hallways to lean on and keep me upright. During my college orientation, I realized that I would need to rely on a wheelchair. My legs had once been like a tree’s branches in springtime. Now they seemed futile…dying …worthless.

Rather than brood over the changing seasons, I learned to adapt, to laugh, to endure. I loved my time at college more than any other, whatever season it was in my life.

But time marched on, and Friedreich’s ataxia kept progressing. Soon I could no longer stand in the shower.

Such a trivial symptom, yet to me it was harrowing. This felt like more than a seasonal change that I could grow used to.  The sun seemed to be setting on my life, melodramatically but honestly.

The anxiety of the approaching end didn’t go away. Rather, it became more immediate, more pressing. Instead of viewing my life as the day’s end, I learned to see it as a brief moment — a sputtering ember drifting around a campfire, glowing haphazardly, still alive. But inevitably, the ember takes in too much air. The oxygen that once ignited it now snuffs out its spark.

But that isn’t what makes the poem remarkable to me.

What makes it remarkable is that this sonnet is not an example of solitary introspection. Instead, it is a beautiful tribute to another person.

It is a tribute to you.

Not necessarily to a lover, but to someone who stands by us, even as darkness comes closer.

It’s easy to be brooding and self-centered in a life constantly facing its end. Yet some people see us. And they love us.

I don’t understand why.

Whenever these people see and recognize those of us locked in a chilly season, at the setting of the sun, at the flickering out of existence…

They love us anyway.

So to those blessed few-

Matthew Lafleur is the former assistant editor for Sick Pilgrim. He currently works as the associate director of columns for BioNews Services and writes existentially about trying to be an okay person with a disability in a column that comes out most weeks on Friedreich’s Ataxia News, “Little Victories.”

April 9, 2020 Things Keeping Us Going, April Edition
Recent Comments
0 | Leave a Comment
"https://www.youtube.com/wat..."
Theodore Seeber How Blogs Hurt (and Help) the ..."
"I agree with Jacobs. Our writer could have bowed to the altar in the Episcopalian ..."
edlondinium Dark Devotional: The Case of the ..."
"Oh dear. Shades of Pascal's wager. What I choose to do with my life is ..."
Linguagroover Dark Devotional: On the Outside with ..."
"A serious study of Catholicism will show that Jesus' Gospel message was and is a ..."
Jo Ann Elder-Nativity Dark Devotional: On the Outside with ..."
Browse Our Archives
Related posts from Sick Pilgrim 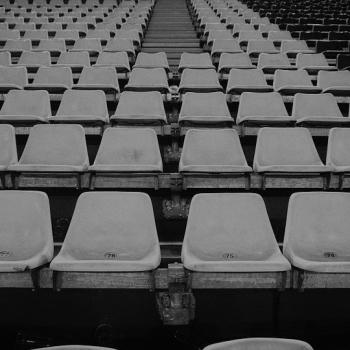 Catholic
To the Top of the Bleachers! - FA...
Sick Pilgrim 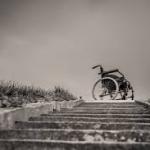 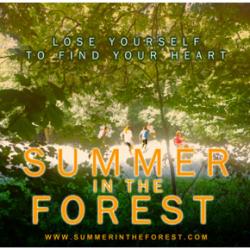 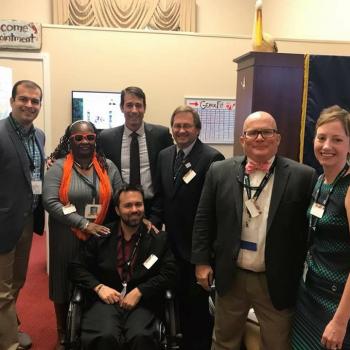