Why not sterilize the inconvenient?

Why not sterilize the inconvenient? October 18, 2010 Simcha Fisher

I don’t know Jason Negri personally, and until his post on Friday I’ve had no reason to think that he isn’t a faithful Catholic.  Maybe he was just playing devil’s advocate or being provocative; but for someone who, according to his Inside Catholic profile, is “Assistant Director for the International Task Force on Euthanasia & Assisted Suicide,” he shows a scandalous indifference to the dignity of human life.  Here’s what he said when commenting on a story about the marriage of a high-functioning Down syndrome couple:

My conservative view of child rearing is usually “if you’re not going to take care of your kids, don’t have them”, and for a Catholic, this means don’t have sexual intercourse to begin with.  But it’s hard in cases like these, where a couple is developmentally challenged and might not be able to care for children of their own, but have the need and ability for sexual intimacy.  Forced sterilization?  No.  But voluntary?  Why not?

Voluntary sterilization. . . “Why not?”

Let’s set aside the question of whether or not mentally disabled people ought to be marrying, and let’s focus like a laser on what Negri is implying about the people themselves.  He is implying that, because of their disability, they are not bound and protected by the same principles as the rest of us.

If you can sterilize them, what other assaults on his human dignity might be permissible?  If their bodies aren’t inviolable like the bodies of us Normals, why not keep them as house slaves?  Kind of a win-win situation, by Negri’s logic:  everyone gets taken care of, everyone’s happy according to his capacity, and no one has to shoulder an unfair burden.  Sure, slavery is clearly against Church teaching, but come on — they’re just retards, they don’t really count.

If you are going to start making exceptions to Church teaching based on purely practical terms, then why not voluntary sterilization of the poor, since they need  food stamps or childcare, and “might not be able to care for children on their own”?  Or of people with heart disease, since they might not be around to see their child’s 18th birthday?  Or people with histories of depression?  Or people whose husbands are in the military?  They might need help!  Sterilize ’em now, before things get messy.

I do not envy the parents of the Down syndrome couple in the original story.  I can imagine how much they want their children to be happy, and how much they fear having to care not only for their disabled children, but an innocent grandchild, too.  But for Negri to suggest an exception to the Church’s law — saying, “Well, maybe in a situation like this, how bad could it be to just bypass the whole fertility problem?” — that’s not compassion.  That’s condescension to a hellish degree.  That’s reducing the human person to biology vs. desire:  Self-sufficiency as the highest good on one hand, personal satisfaction as the highest good on the other hand.

What’s so terrible about that construct?  It leaves out God entirely.  It leaves out the Incarnate God, who has something to tell us about suffering and sacrifice in the service of love.

The Church’s teaching on sterilization is not a prohibition — it’s a protection.  It’s a humble acknowledgment that man is made in the image of God, and you don’t mess with that.

October 18, 2010 glitch?
Recent Comments
0 | Leave a Comment
Browse Our Archives
get the latest from
Catholic
Sign up for our newsletter
POPULAR AT PATHEOS Catholic
1 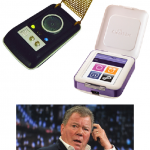 Catholic
Ding ding! Your wife is ready. Sex Ed...
I Have to Sit Down 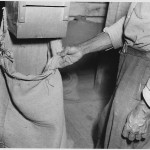 Catholic
O mother, what is it to be a...
I Have to Sit Down
TRENDING AT PATHEOS Catholic