This is my story of how progesterone cream made NFP tolerable, instead of intolerable.

The following post is purely in the interest of public service, and is not especially entertaining, amusing, or edifying (hence the Google-friendly title).  I am not offering medical advice! I am just telling my story, in hopes that it will encourage other women to talk to their doctors, too.  I wish I had done it a lot sooner, because now my cycles became intelligible, and NFP became endurable.

This post is all medical, and not for the squeamish.  I will be using the words “cervix,” “mucus,” and “period.”

We use the Creighton Model of NFP.  I do not seem to be able to take my (bizarrely low) temperature consistently, and I am too technophobic and mistrustful to try a monitor.   Creighton was a good choice for us because you can use it while breastfeeding.  But still, it was pretty awful for many years.  If Creighton is “an authentic language of a women’s health and fertility,” then my charts were clearly saying, “Wha?  Hasenpfeffer.  I think!  Potrzebie!  Huh?” and occasionally, “Ow.”  In other words, I never really knew what was going on, except that we did not have a lot of days available for sex.  Some months, we had a grand total of one day (and I would be deep in the throes of PMS, so, super sexy with all the crying and screaming and paranoia).  This was no good.

My Fertility Care Practitioner knew I was frustrated and kept on encouraging me to call this NFP-only doctor she knows, but I was sure it would just be a waste of time and money, because nothing will help, I’m doomed to suffer, etc.

The problem before progesterone cream

My main problem was continuous mucus.

Also, I could never do the seminal fluid elimination properly, no matter what ridiculous contortions I tried or how much water we both drank; so even once we were post-peak, there was always some uncertainty about what I was seeing.

So finally I went for a check-up.  The doctor expected that I would have a cervical eversion from eight vaginal deliveries in 11 years, which can cause  chronic irritation of the cervix, causing superfluous and confusing mucus.  They can do simple treatment right in the office.  But no, it turns out my cervix is (inexplicably) fine.  So he gave me a prescription for progesterone cream, but I didn’t fill it for several months, because nothing will help, I’m doomed to suffer, etc.

So I finally filled the Rx, and within a month of starting to use a dab of cream for a week or so per month, I started having cycles like in the manual.

There are more available days pre-peak, too, but since most unexpected pregnancies seem to come from pre-peak conception, we are pretty conservative.

Seminal fluid is easy to eliminate, and even if I don’t do it, it’s very distinct from any cervical mucus.

I’ll say it again: my cycles now look like the ones in the manual.

I rubbed the prescription cream into my inner wrist, inner elbow (is there a name for that part?) or abdomen once a day, starting on day P+3 and continuing until the end of the cycle.  It hasn’t caused any type of rash or irritation, or dizziness or nausea.

In order to know exactly how much progesterone you’re getting, you need a prescription, and you need to get it at a compounding pharmacy.  The only local one here does not accept insurance, and the cream costs $40 for two pre-filled syringes, which last me nearly three months.

However, after several months, I decided to try an over-the-counter version of progesterone cream called Emerita Pro-Gest, and it works exactly the same for me.  It’s much cheaper and I just order it from Amazon.  I use it in the same way at the same part of the cycle, but twice a day (morning and night).

However, I am probably going to go back to the prescription kind, because I want to make sure I’m getting the right dose if/when we go for another baby.

Many people use progesterone cream to alleviate PMS symptoms. It hasn’t helped me with that at all.  However, at least my cycles are intelligible enough that we can say, “Yep, it’s PMS” and we know I’ll be back in my right mind in 48 hours.
But you may not be doomed to suffer

I wish I had emphasized this more in my book:  there are lots of kinds of NFP, and there are often things you can do to make your cycles more manageable.  So don’t be a fatalist like I was! Look into your options, and make the investment of time, effort, and money to improve things, if you possibly can.  Marriages are not meant to be sexless.  NFP is hard, but sometimes it’s harder than it needs to be.

But for goodness sake, please, seriously, talk to your doctor. 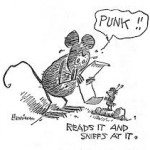 February 20, 2014 At the Register: Gay Man Refused Last Rites?
Recent Comments
45 Comments | Leave a Comment
"Can The Jerk have this space now that you're done with it? I mean, it's ..."
Josh I’m moving!
"Thank you."
JohnHoward The hardest part of being a ..."
"[It isn't wrong.]Prove it."
Proud Amelekite The hardest part of being a ..."
"Wonderful Ideas for newborn baby and their parents also, its good to give them handmade ..."
Jeff Mccoy Welcome, baby! 12 gifts that new ..."
Browse Our Archives
Related posts from I Have to Sit Down 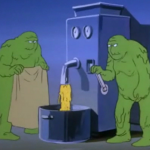 Catholic
Slimes and Blunders caption contest
I Have to Sit Down 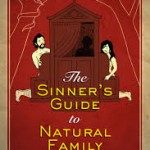 Catholic
The Sinner's Guide to NFP is on sale...
I Have to Sit Down
TRENDING AT PATHEOS Catholic