Seven books that fell behind my bed

Seven books that fell behind my bed December 12, 2014 Simcha Fisher

Seven quick takes! I hope you can see the pictures – WordPress is being a bag of butts, and won’t let me upload in the normal way, so I just pasted them in. Here are seven books I either just finished or am in the middle of, perhapsh indefinitely. “Perhapsh” was a typo, but I kind of like it.

Don’t Let’s Go to the Dogs Tonight: An African Childhood by Alexandra Fuller.

I have never read a book like this before. It’s so harrowing and so appealing. A memoir of growing up poor, white, and crazy in Africa in the 70’s and 80’s. It’s like Dostoevsky meets Florence King. I haven’t finished this one yet – had to take a break.

The Most of P.G. Wodehouse

Ah, I forgot I had this book! I was reading stories to the older kids occasionally, and it warmed my heart so much to hear them shouting, “He’s been throwing cats all the evening!” So delightful, so nice, so insane. Must get more P.G. Wodehouse into my life. This particular collection is nearly 700 pages long.

Song of Solomon by Toni Morrison 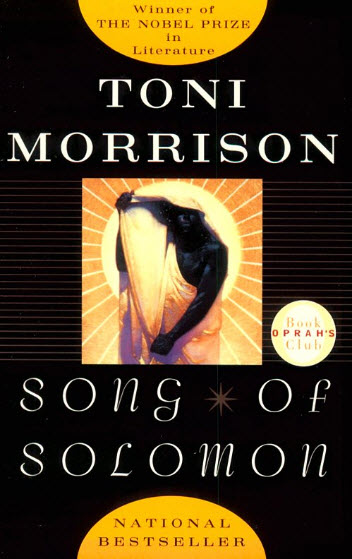 Meh. I wanted to like this book, but I just wasn’t buying it. She would have these wonderful, lyrical passages full of beauty and anguish, and then all of a sudden we’re back to, “Representative Black Man felt this way about his father, and, so you see, that is why he did those things to women. When will white folk see?” I don’t mind being shown that, but being told that is just odious. I also don’t think she really pulled off the central conceit of the book, the stuff with the children’s rhyme. It was supposed to unify everything, but it felt tacked on. Maybe I’m missing something.

The African Witch by Joyce Cary

I don’t know if I can count this one, since I honestly don’t quite understand the plot. More white people behaving badly in Africa. I loved The Horse’s Mouth (about the artist) so much, maybe I should just go back and read that one again. Charley Is My Darling (about evacuees from London during the war) also broke my heart but landed much more tenderly than I was expecting.

Bob and Ray: Write If You Get Work

Transcripts of their nutty little radio skits from the 40’s and 50’s. Would this be funny to someone who hasn’t heard the audio? I have no idea. Here’s an excerpt of an interview with a P.R. rep from the Oatmeal Institute near Thanksgiving:

Bob: Well, this is an aspic mold, isn’t it, that you brought, and you’re gonna put that on the center of the table and try to  make people think it’s a turkey, or what?
Gibbes: No, no, you can’t fool — no, no, no, that’s not the idea at all. No, Bob, you’re pulling my leg.
Bob: You mean you bring it out and say, ‘Look at the mold in the shape of a turkey, this is oatmeal’?
Gibges: No, you say, ‘I think I’ll slice the oatmeal,’ and that’s it. It’s just that it’s in the shape, you can have it in the shape of anybody. I mean, I just pick a turkey because you have that at Thanksgiving a lot.
Bob: What success have you had with orienting the public, or changing the public’s conception of Thanksgiving dinner?
Gibbes: I haven’t changed the public’s conception of oatmeal one iota.

I bought this at some airport and immediately become the worst seatmate ever. I was laughing so hard I had to put it down before I had to call the flight attendant for terbutaline. It’s not exactly a biography, and some parts were clearly just patched together to get the word count perking along, and she’s, you know, she’s not Mother Teresa. But oh my gosh, funny funny funny.

I first heard Personville called Poisonville by a red-haired mucker named Hickey Dewey in the Big Ship in Butte.

I wanted to kiss Hammett for going to the trouble. Talk about earning your readership.

So, what are you reading?  Thanks to Kelly of This Ain’t the Lyceum for hosting the link-up!

December 15, 2014 Zero Foolproof Gift Ideas for the Man You Claim to Love; or, Simply Having a Wonderful Chickentime
Recent Comments
6 Comments | Leave a Comment
Browse Our Archives
get the latest from
Catholic
Sign up for our newsletter
POPULAR AT PATHEOS Catholic
1