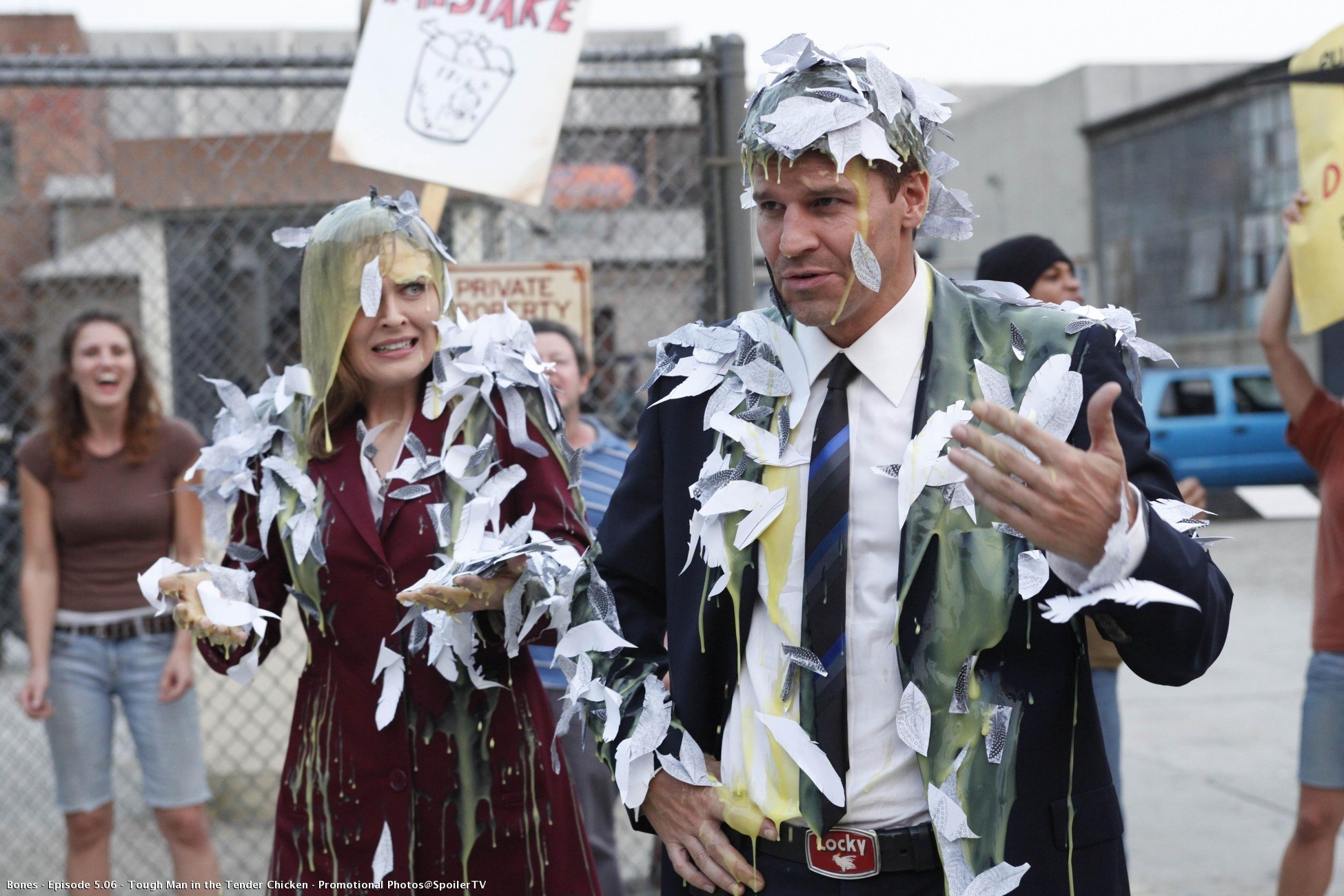 Last night’s episode of Bones (Fox), though on the light side, packed a serious message. Here’s a recap from www.TV.com:

“Remains of a chicken farmer are found on the bank of a nearby river, and Booth and Brennan are called in to investigate. The farmer, who was an animal right activist, was about to inherit a chicken factory and had many enemies with motive to kill him — leaving the team with a lot of murder suspects to sort through.”

A film released earlier this year, Food, Inc., was a documentary that has almost turned me into a vegetarian – and even then, as the film points out, watch out for bioengineered corn and soy. The October 20 episode of CSI Miami, Bad Seed CSI Miami, dealt with this theme and challenged viewers to question where our food comes from – and who has the power to mess with it.

Now Bones is dealing with animal rights but also on the mass production of chicken meat ; true it’s a murder mystery played on the light side, but it carries through the theme of Food, Inc. Big corporations are producing food for profit, not for health.

Here is my review of  Food, Inc.; if you missed it in theaters be sure to see it on DVD.

November 7, 2009 Singers, Architects, Painters to Gather in Sistine Chapel with Pope
Recent Comments
0 | Leave a Comment
"lol wut"
Bloodeagle 1917 is a relentless video game-like ..."
">To each their own I supposeSo you admit you wasted your time writing what you ..."
GoldRushApple Doubt the Movie
">neither of the main characters seemed to care about the welfare of the black child ..."
GoldRushApple Doubt the Movie
"WTF?"
Richard B ‘The Curse of La Llorona’ gives ..."
Browse Our Archives
get the latest from
Entertainment
Sign up for our newsletter
POPULAR AT PATHEOS Entertainment
1 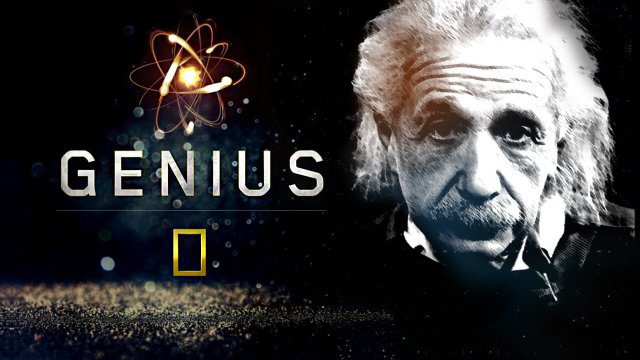 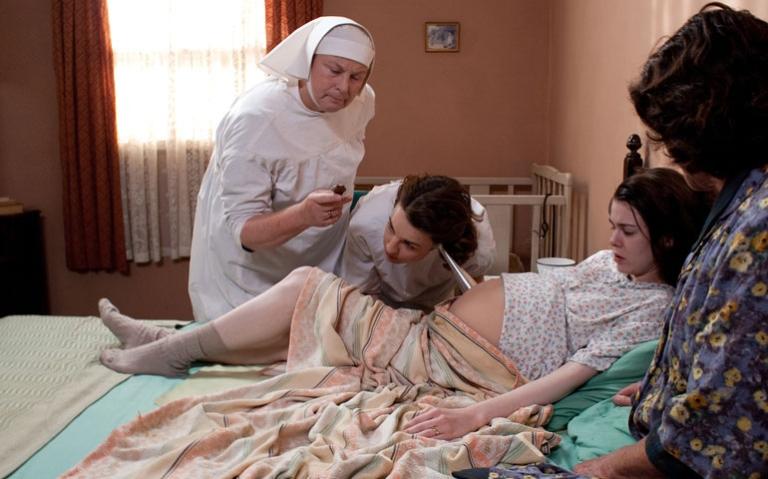 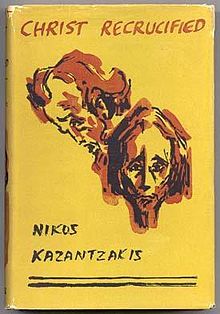 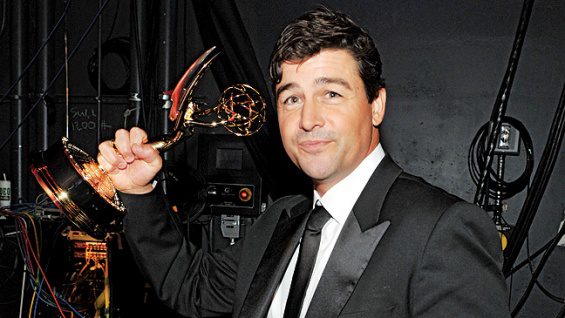