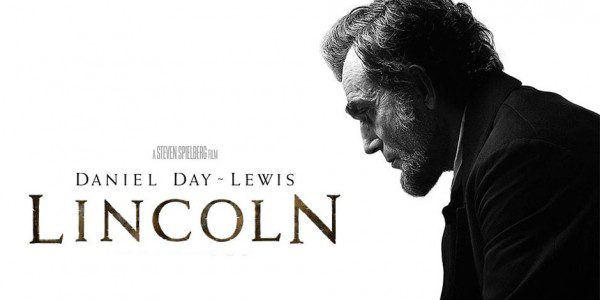 I think Lincoln should win this category, but don’t be surprised if Silver Linings, Argo, Les Miz, or Zero Dark Thirty actually do take home Oscar. A real surprise would be Django Unchained.

Argo – The best performance in Ben Affleck’s political thriller is by Alan Arkin who plays a Hollywood producer dedicated to making a great fake movie to provide a cover for a CIA agent, played by Ben Affleck, who poses as a Canadian filmmaker, to rescue six members of the US diplomatic staff from Tehran, Iran, during the 1979 hostage crisis. Even though you know how the movie is going to end, it’s a great ride, with a perfect balance of tension, dialogue, humor and action.  The problem for me is that the political inability of the US to understand the ferment going on in Iran, and to protect the diplomatic staff, is not alluded to, though implied. The scam worked and the Americans were saved. Everyone likes a good scam movie.  Note that the Catholic diplomats did indeed, keep the faith and prayed a lot.

Life of Pi – is director Ang Lee’s hugely colorful imaginary interpretation of the fantastical novel by Yann Martel about a young man’s odyssey of faith. To me it was about the power of story and how we are so much more open to listening to or reading metaphors about life than “what really happened”. As Anthony De Mello, the famed Jesuit once wrote: “The shortest distance between a human being and the truth is a story.”  The truth in Life of Pi is just this. Here’s my essay on the Reel Spirituality website “Metaphors and Journeys of Faith in Life of Pi and Big Fish“. 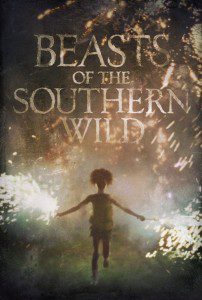 Beasts of the Southern Wild – is the little film that could. A father and daughter are living in the back of the beyond bayou of southern Louisiana and dirt poor. He is dying and wants to prepare this five-year old for life. Her imagination reflects and enlarges her reality and is filled with hope.  Quvenzhané Wallis plays Hushpuppy, is the youngest actress ever to be nominated for an Oscar. This is very raw filmmaking that reveals a super human love between father and child, child and father. You can find my review in my essay in the National Catholic Reporter “Cinema’s Independent Summer Road Trip”

Django Unchained – An ex-slave meets a German bounty hunter and when they try to ransom the ex-slave’s wife, a typical Quentin Tarantino blood bath ensues. Quentin Tarantino only sings one note, that of extreme bloody violence, here it’s what I call Tom and Jerry on steroids. His stories are ironic – and iconic – reflections on the violent entertainment culture he grew up with and they mostly have a point. Unfortunately “Django Unchained” is funny. But I am done with gratuitous violence that does nothing for the story, when it is the story. Here it’s a sidebar to the story and it takes over the narrative. No one denies that slavery was horrendous and deadly. I wish Tarantino would direct his considerable gifts into other genres.  Sing something else next time.

Amour – In this French film that won the Palm d’Or at Cannes in 2012, the elderly Ann has a stroke, surgery, and little by little becomes more dependent on her husband. Emmanuelle Riva is amazing, and she is the oldest actress to ever be nominated for as Oscar. This is a look at the ignoble minutiae of old age lived elegantly until it becomes too much for the husband. It calls upon our empathy and he seems to free his wife in ways that are unacceptable to believers.  But – is this an illusion? A desperate wish? The film’s artistry perhaps confuses the issue. It evokes sympathy and empathy as it shows just how difficult it is to let go as one ages.  There is no faith in the film except that bond between husband and wife which says something. It is an unhurried artistic film, with a spiritual sense, but life-affirming? Maybe questioning is the better word. I don’t see this winning best film. Riva’s performance is excellent.

Lincoln – I went to see Lincoln twice, and I never see movies a second time while they are in the theater.  I was mesmerized by the performance of Daniel Day Lewis as Lincoln and learning that Lincoln was not the secular saint we make him out to be. He did something great and good, and so did Tommy Lee Jones – he showed how political compromise can work.  Lincoln, to me, is a great film, regardless of its flaws. Did you notice how the president of the senate folded the 13th amendment when he gave it to Jones and when Jones later opened it to show someone, the crease was going the opposite way? Click here to se my review of “Lincoln” in St. Anthony Messenger magazine.

Les Miserables – This musical, where the actors do their own singing, is a spiritual force in the word of cinema. I love this version of Victor Hugo’s epic novel of injustice, mercy, and the power of love extended and grace returned instead of hatred and cruelty.  Les Miserables is a catechism and the Gospels come alive. It is an instant classic. Here’s my review over at my blog at the National Catholic Reporter: “Les Miserables is a fusion of heaven and earth, sight and sound.”

Zero Dark Thirty – I think director Kathryn Bigelow is a prophet of the existential, at least in “The Hurt Locker” and now “Zero Dark Thirty”. Her main characters, after death defying heroics, are left empty and without meaning once their tasks of violence, or great risk of violence, are concluded. The adrenalin and purpose that drove them is gone, and after war, what have they left?  This question is for us too, as it is for Maya, once Bin Laden is killed. And for what? Revenge.  Revenge is nothing, and unprovoked war sucks the soul out of those who fight for no reason. Powerful stuff. Here’s my essay on the “Reel Spirituality” website: “Questions in the Night: The Crises of Zero Dark Thirty and The Hurt Locker”

Silver Linings Playbook – I saved this film for last because when I saw this the day after I saw “Lincoln”, that I thought for sure would sweep the Oscars, I said to myself: “Oops. ‘Silver Linings’ may be the biggest threat to Lincoln so far.”  None of these Oscar nominated films are stories perfectly told and executed (well, ‘Argo’ might be; really),  but I loved this movie. It was so hopeful for those among us who are broken, that with medication and therapy, people can arrive at what is happiness for them. Jennifer Lawrence is simply amazing and Bradley Cooper, who we watched since ALIAS, steals the show. Click here for my review of “Silver Linings Playbook” at St. Anthony Messenger magazine (scroll down).

(This entry is based on a script I wrote for a review program for the INNetwork; I hope to post it shortly.)