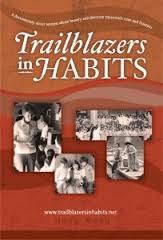 There are just so many ways to go in writing a review of the true story of Merchant Marine Captain Richard Phillips of the MV Maersk Alabama.  In 2008 his ship was boarded by four Somali pirates and the captain was taken hostage. The film is titled simply: “Captain Phillips.”

As a film, director Paul Greengrass’ work is unembellished, dramatic and moving.

As for Tom Hanks’ performance, it is so understated that it makes him completely believable. He is the quintessential “everyman” here and I want him to run for president (a 2013 Reader’s Digest poll shows that Tom Hanks is the #1 trusted person in America.)  Captain Phillips was no cowboy. He was just doing his job – admirably and with calm strength. A hero who stood up for his men.

I want to use the first paragraph of Walt Whitman’s poem about the death of Abraham Lincoln, not because Captain Phillips was killed – but because he could have been and would have given his life for his men.

“O Captain! My Captain! Our fearful trip is done;

The ship has weather’d every rack, the prize we sought is won;

The port is near, the bells I hear, the people all exulting …”

Then there is the U.S. military analysis. “Captain Phillips” plays like an extended commercial for the U.S. Navy. The film compresses a few days into two hours and screenwriter Billy Ray based his script on Phillips’ memoir, “A Captain’s Duty: Somali Pirates, Navy SEALS, and  Dangerous Days at Sea.” And not to take anything away from the heroism of Captain Phillips and his crew (even as some of them a suing Maersk for allowing the Alabama to sail too close to the Somali shore in an area infested with pirates), I can only wonder why the United States pulled out all the stops for this one ship, this one captain. If pirates take hostage another American flagship captain, will he or she get the full force of the American Navy to rescue him? I was extremely happy that Captain Phillips was rescued but sorry for the way it went down.  And so was Captain Phillips who did his best to talk down his captors. But what a show of power.

It is necessary, for the thoughtful viewer I think, to consider the Somali pirates themselves (most convincingly portrayed by first-time actors). The dialogue opens up a small window on the gross poverty and lack of opportunity in Somalia compared to what American has. In the brief time the film spends in a Somali village we learn that this is no tourist destination and that poverty and criminal activity are pervasive.  From our comfort zone we say that poverty and corruption gives these pirates no right to take what is not theirs, but we speak from a position of privilege, comfort, and power that they only see on television or in the movies.

In the United States the political rhetoric is all about preserving America’s interests in the world and upholding our values by threatening violence.

But at what cost our well-being?  And what about everyone else in the world?

Maybe if American and other advanced nations would consider the poor, piracy and other incidents would lessen because people’s basic needs are met – and then some.

I would not be surprised if Tom Hanks wins an Oscar for his portrayal of Captain Phillips, and perhaps the film will pick up several nominations and wins in other categories, too.  At the end of the day, the film has a B.K. rating.

October 19, 2013 'Trailblazers in Habits' documents extraordinary women doing extraordinary things
Recent Comments
0 | Leave a Comment
"When did this receive and Academy Award?"
Chrys Who Invented the “Jump Shot”? New ..."
"Character matters. Yeah? What then? Look what sort of character is running to grab power ..."
ounbbl The Hopeful Relevance of “The American ..."
"lol wut"
Bloodeagle 1917 is a relentless video game-like ..."
">To each their own I supposeSo you admit you wasted your time writing what you ..."
GoldRushApple Doubt the Movie
Browse Our Archives
get the latest from
Entertainment
Sign up for our newsletter
POPULAR AT PATHEOS Entertainment
1