• Heard “Layla” by Derek and the Dominos on the radio the other day and they faded out the ending.

By “the ending” I mean the last nearly four minutes of the song — the long instrumental coda with Jim Gordon’s piano, i.e., the best part. There are many, many things I love about YouTube, but one of them is the ability to cue up “Layla” and start playing there at about the 3:10 mark. Nothing wrong with the first three minutes, I just like the last four better, YMMV. 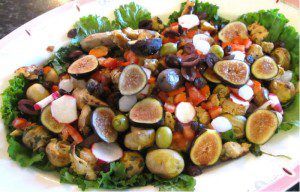 • Denial of climate change requires one to believe in a massive scientific, academic and media conspiracy. But such a conspiracy can never explain why property insurance companies would be playing along with the supposed “hoax.” Insurers have been screaming bloody murder about climate change for decades. They have no incentive to be lying and they are not lying. They are very, very worried about this.

• The party of Lincoln further establishes itself as the party of Calhoun.

• Rick Steves is smart, soft-spoken, kind, engaging, and filled with an expansive, generous love for people all over the world. So it makes sense that he would be a big fan of Bread for the World. Bravo.

• The religious right group ActsFive29 is proud of its opposition to the Satanic baby-killers in their nightmares. The group takes its name from a Bible passage that says “We must obey God rather than man,” and they imagine themselves to be courageous exemplars of “civil disobedience.” Except the group doesn’t actually oppose laws against trespassing, yet those are the laws they always violate. That is not civil disobedience, just a cry for attention.

• The American Family Association is now so totally anti-gay that they’re enthusiastically pro-racist. Not terribly surprising.

• Here is a video featuring a Southern Baptist pastor, via the blog of a Republican who served in the George W. Bush White House. And I agree with every word of it.

• Voice of America claims that the Afghan War, now entering its 12th year, “has lasted longer than any other war in U.S. history.” Let’s correct this widely repeated error faster than you can say “Geronimo.” This war has gone on far, far too long, but it’s less than a third as long as America’s longest war.

• Malala Yousafzai may have done what the U.S. military has been unable to do for 12 years — defeat the Taliban.

• Mitik is less than a year old, but he already has a thick mustache and weighs 234 pounds.

October 14, 2012 Sunday favorites
Recent Comments
32 Comments | Leave a Comment
"Fun fact: since DT 'won' the 2020 election, he isn't eligible to run again in ..."
Scurra May the circles be unbroken
"You have my gratitude for prompting a laugh with this perfectly innocent remark. It's just ..."
damanoid May the circles be unbroken
"I assure you, all the demonstrations against anti-abortion actions taken by state or against dismantling ..."
Dandelion Postcards from the class & culture ..."
"One sounds much llike the other in the llegendary llanguage of the Lloigor. (Rumors that ..."
damanoid Postcards from the class & culture ..."
Browse Our Archives
get the latest updates from
slacktivist
and the Patheos
Progressive Christian
Channel
POPULAR AT PATHEOS Progressive Christian
1