Your fate is not written in the stars

Your fate is not written in the stars October 15, 2012 Fred Clark

“The proposed mechanism is all out of proportion with the described effects,” vorjack says of astrology. And I agree.

The impetus for that post was the introduction of Patheos’ new Astrology channel. 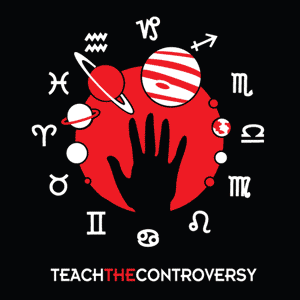 But then I’m a Christian — an American evangelical Christian. So I’m not in any position to dismiss a belief system just because it may have been exploited by disingenuous hucksters over the years.

So while I remain critical of astrology as a belief system, I think the new Astrology channel is a good sign.

Here’s my astrology bit. I don’t do this anymore, and I don’t recommend that you do either, but here’s how it worked.

When someone asks what your sign is, tell them you’re an Aries (unless you really are an Aries, in which case, tell them something else).

If they respond with a detailed description of why that’s appropriate and why, yes, you do seem to embody the classic characteristics of an Aries, admit that you were lying. Tell them you’re not really an Aries, but actually a Gemini (unless you really are a Gemini).

If they tell you that lying about your sign was a very Gemini thing to have done, and then explain how this just confirms that you really are such a total Gemini, interrupt to say that you were once again lying.

In theory, you could keep this up, repeating the process 11 times. My personal record was four rounds.

I probably could have kept it up for five or even six rounds, but that’s when I figured out that this bit was funnier as a concept than it was in real life, where it just seemed kind of mean. And mean isn’t funny.

So don’t be mean. But don’t give anybody money to read the stars for you either.

October 15, 2012
Chick-fil-A Biblical Family of the Day
Next Post

Take It Easy: Some Ground Rules for this...
When I first returned to Patheos back in November 2020, I wrote...
view all Progressive Christian blogs
What Are Your Thoughts?leave a comment
Copyright 2008-2021, Patheos. All rights reserved.