‘Impressive achievements despite the implacable wall of refusal’

“We enthusiastically endorse President Barack Obama for a second term,” writes The New York Times, “and express the hope that his victory will be accompanied by a new Congress willing to work for policies that Americans need.”

This isn’t a big surprise — The Times has a thing for Illinois lawyers, endorsing Obama in 2008, and Abraham Lincoln in 1860 and 1864 — but it’s a forceful, lengthy and considered argument for why Obama’s re-election would be best for America.

President Obama has shown a firm commitment to using government to help foster growth. He has formed sensible budget policies that are not dedicated to protecting the powerful, and has worked to save the social safety net to protect the powerless. Mr. Obama has impressive achievements despite the implacable wall of refusal erected by Congressional Republicans so intent on stopping him that they risked pushing the nation into depression, held its credit rating hostage, and hobbled economic recovery.

Mitt Romney, the former governor of Massachusetts, has gotten this far with a guile that allows him to say whatever he thinks an audience wants to hear. But he has tied himself to the ultraconservative forces that control the Republican Party and embraced their policies, including reckless budget cuts and 30-year-old, discredited trickle-down ideas. Voters may still be confused about Mr. Romney’s true identity, but they know the Republican Party, and a Romney administration would reflect its agenda. Mr. Romney’s choice of Representative Paul Ryan as his running mate says volumes about that. 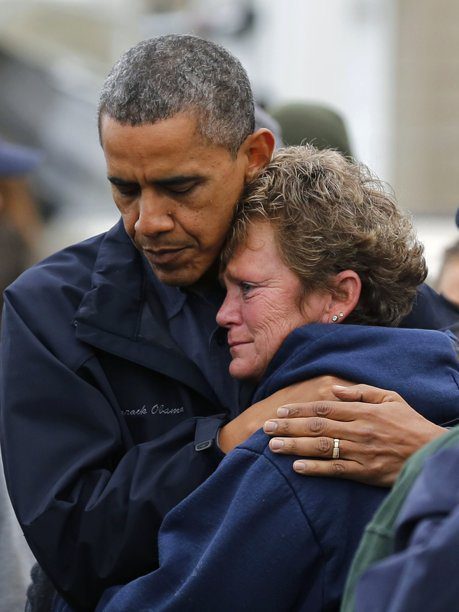 …  In the poisonous atmosphere of this campaign, it may be easy to overlook Mr. Obama’s many important achievements, including carrying out the economic stimulus, saving the auto industry, improving fuel efficiency standards, and making two very fine Supreme Court appointments.

Health Care: Mr. Obama has achieved the most sweeping health care reforms since the passage of Medicare and Medicaid in 1965. The reform law takes a big step toward universal health coverage, a final piece in the social contract.

… Republicans’ propagandistic distortions of the new law helped them wrest back control of the House, and they are determined now to repeal the law.

That would eliminate the many benefits the reform has already brought: allowing children under 26 to stay on their parents’ policies; lower drug costs for people on Medicare who are heavy users of prescription drugs; free immunizations, mammograms and contraceptives; a ban on lifetime limits on insurance payments. Insurance companies cannot deny coverage to children with pre-existing conditions. Starting in 2014, insurers must accept all applicants. Once fully in effect, the new law would start to control health care costs.

The Economy: Mr. Obama prevented another Great Depression. The economy was cratering when he took office in January 2009. By that June it was growing, and it has been ever since (although at a rate that disappoints everyone), thanks in large part to interventions Mr. Obama championed, like the $840 billion stimulus bill. Republicans say it failed, but it created and preserved 2.5 million jobs and prevented unemployment from reaching 12 percent. Poverty would have been much worse without the billions spent on Medicaid, food stamps and jobless benefits.

Last year, Mr. Obama introduced a jobs plan that included spending on school renovations, repair projects for roads and bridges, aid to states, and more. It was stymied by Republicans. Contrary to Mr. Romney’s claims, Mr. Obama has done good things for small businesses — like pushing through more tax write-offs for new equipment and temporary tax cuts for hiring the unemployed.

The Dodd-Frank financial regulation was an important milestone. It is still a work in progress, but it established the Consumer Financial Protection Bureau, initiated reform of the derivatives market, and imposed higher capital requirements for banks. Mr. Romney wants to repeal it.

Foreign Affairs: Mr. Obama and his administration have been resolute in attacking al-Qaida’s leadership, including the killing of Osama bin Laden. He has ended the war in Iraq. Mr. Romney, however, has said he would have insisted on leaving thousands of American soldiers there. He has surrounded himself with Bush administration neocons who helped to engineer the Iraq war, and adopted their militaristic talk in a way that makes a Romney administration’s foreign policies a frightening prospect.

Mr. Obama negotiated a much tougher regime of multilateral economic sanctions on Iran. … Mr. Obama gathered international backing for airstrikes during the Libyan uprising, and kept American military forces in a background role. It was smart policy.

The Supreme Court: The future of the nation’s highest court hangs in the balance in this election — and along with it, reproductive freedom for American women and voting rights for all, to name just two issues. Whoever is president after the election will make at least one appointment to the court, and many more to federal appeals courts and district courts. …

Civil Rights: … The steady undercurrent of racism in national politics is truly disturbing. Mr. Obama, however, has reversed Bush administration policies that chipped away at minorities’ voting rights and has fought laws, like the ones in Arizona, that seek to turn undocumented immigrants into a class of criminals.

The military’s odious “don’t ask, don’t tell” rule was finally legislated out of existence, under the Obama administration’s leadership. There are still big hurdles to equality to be brought down, including the Defense of Marriage Act, the outrageous federal law that undermines the rights of gay men and lesbians, even in states that recognize those rights.

Though it took Mr. Obama some time to do it, he overcame his hesitation about same-sex marriage and declared his support. That support has helped spur marriage-equality movements around the country.

November 1, 2012
Election predictions from the sub-Christian religious right
Next Post