What happens if Obama wins? The sky will fall, the moon will turn to blood, the seas will boil, human sacrifice, dogs and cats living together … mass hysteria! Just ask the dim-bulb luminaries of the religious right. They’re on record.

If President Barack Obama is re-elected …

Franklin Graham: “We are ripe for God’s judgment … His wrath against sin.”

Janet Porter of Faith2Action: FEMA to be used as “a standing army to stifle dissent.”

Joseph Farah of WorldNetDaily: “We will be hunted down like dogs.” 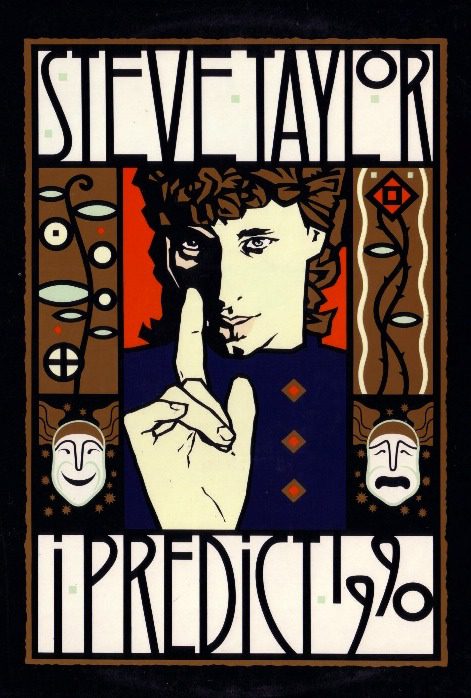 Joseph Farah of WorldNetDaily: “There may not be another free and fair election in America. I would expect due process to go the way of the horse and buggy. I think he will move to shut down and destroy all independent media. … His biggest critics will be rounded up in the name of national security. … If any Republican, conservative, independent journalist, pro-life activist, returning veteran, gun-rights activist, constitutionalist, Bible believer or critic of Obama thinks they will be safe in a second term under this would-be despot, they had better think again”

Joseph Mattera in Charisma magazine: “[We are] setting ourselves up to get the divine judgment we deserve to satisfy the justice of God! … Look for more challenges to our freedom of speech and the First Amendment that could possibly squelch what is preached on the airwaves and from the pulpit.”

Rick Joyner in Charisma magazine: “Christians in America will suffer persecution … we can expect it to soon become official state policy.”

Rick Santorum: “We lose, and Obamacare implemented, it’s over. … Everyone will be dependent upon government benefits. When that happens — our Founders pleaded and warned us against that — when that happens, game not on, but game over.”

Lubbock County, Texas, Judge Tom Head: “[President Obama] is going to try to hand over the sovereignty of the United States to the U.N. … He’s going to send in U.N. troops — with the little blue beanies.”

Bishop Harry Jackson: “If we go on four years more with the current administration, because our economic problems are spiritual and moral at root, that God’s displeasure is being manifest through the lack of finance and the lack of these things that we shared with you, the plagues and rejection are manifestations of chastening, the church has to vote the best it can our values, stop the onslaught of an ungodly agenda in America.”

Chuck and Gena Norris: “Socialism or something worse … a thousand years of darkness.”

Missouri Lt. Gov. Peter Kinder: “Every week [someone from Obama administration] is over at the UN planning to sign away our sovereignty, planning to give up our gun rights…or [to] submit us to a regime of global taxation.”

Cal Thomas/Dick Morris: “If he’s re-elected, particularly if there’s a Democratic Congress, he will eliminate the private health insurance industry and all insurance will be from the government and it will all be according to one plan. … But … his big focus will be to make the United States a vassal state to a globalist entity.”

Bryan Fischer: “I think there’s a real grave question about whether there will even be a country left to save by 2016.”

Bryan Fischer: “November 6 will determine whether America has a future under God’s blessing or under God’s judgment.”

Bryan Fischer: “America has no future.”

Wayne LaPierre: “All that first term, lip service to gun owners is just part of a massive Obama conspiracy to deceive voters and hide his true intentions to destroy the Second Amendment during his second term. … Get re-elected and, with no more elections to worry about, get busy dismantling and destroying our firearms’ freedom, erase the Second Amendment from the Bill of Rights and excise it from the U.S. Constitution.”

Jan Markell: “This is an apocalyptic election. It’s clearly the most important election in the history of America.”

Matt Barber: “America’s future really does hang in the balance.”

Matt Staver: “We are at a critical time of the future of America and literally the survival of Western Civilization, and I’m not exaggerating when I say that.”

November 1, 2012
The Glorious Appearing of Mitt Romney
Next Post

God Is in Control: What Does That Mean?
Sometimes it's hard to believe. When God seems to ignore our prayers,...

Silly thoughts about demons, hard questions about prayer
I'm reminded of an incident in my previous (evangelical) life – a...
view all Progressive Christian blogs
What Are Your Thoughts?leave a comment
Copyright 2008-2021, Patheos. All rights reserved.