The Party of Strom Thurmond: Not all X are Y, but all Y are X

“Let me just be candid,” said Col. Lawrence Wilkinson, a Republican. And then he got very candid indeed:

Richard Nixon explained the plan to his chief-of-staff, Bob Haldeman, who wrote it in his diary. “You have to face the fact that the whole problem is really the blacks,” Nixon told him. “The key is to devise a system that recognizes that while not appearing to.”

— Gary Younge in “Evolution of the American voter”

This is actually an increase from a similar poll conducted in 2008.

That finding is based on poll questions that both directly asked respondents questions about their feelings toward particular races, as well as more subtle questions that gauged racial attitudes without mentioning the subject. Yet on the questions that explicitly gauged overt racism, a slim 51 percent majority of Americans still showed anti-black bias, versus 48 percent who did not.

Republicans were far more likely than Democrats to show some sign of anti-black bias. Seventy-nine percent of Republicans exhibited an explicit anti-black attitude on the more direct questions, versus 32 percent of Democrats who did the same.

But in the other camp is the former New Hampshire governor John Sununu, who worries that the Republican Party’s emphasis on misogyny is threatening to drown out its “winning message of racism.”

“I understand the appeal of Mourdock’s anti-woman theme, but I worry that it’s going to overshadow our core value of racism, which is still our best shot at winning this thing,” he said. “In politics, you’ve got to dance with the one who brung you.”

Hoping to heal a possible rift with so little time left until Election Day, the R.N.C. chairman Reince Priebus said today that there is room for both views in today’s Republican Party: “Our ‘big tent’ message to voters should be this: come for the misogyny, stay for the racism.”

That’s a joke. But this video fabricated and posted by “birther” racists was not intended as a joke.

And Donald Trump isn’t trying to be a joke either.

Nor are these white Romney supporters from Virginia joking: 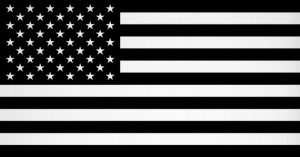 Kurt Johnson, 62, a who works in the chemical business in the Richmond area, said he was “enthusiastic” about the election but worried too many people see Obama as “hip, cool, and sympathetic.”

“Michael Jordan could be president on that basis,” he said. “I don’t mean to sound glib, but are we electing someone to know the top hip hop songs — or to get the job done?”

… Lisa Beazley, 51, said she was “praying very hard and hoping people have common sense” ahead of election day. … “I still worry Obama has a shot,” she said. “There’s a lot of people out there that do depend on the welfare system and it worries me.”

Warren Throckmorton reminds us that the great reversal, in which the Party of Lincoln became the Party of Strom Thurmond, didn’t just alter the Republican Party’s views on racial justice, but also it’s views on public education.

The Republican Party of 2012 is against public education, regarding it, at best, as a necessary evil. Here, for contrast, is a snippet Throckmorton provides from the Republican platform of 1876:

The public school system of the several states is the bulwark of the American republic; and, with a view to its security and permanence, we recommend an amendment to the constitution of the United States, forbidding the application of any public funds or property for the benefit of any school or institution under sectarian control.

And here is the Republican platform of 1892:

The ultimate reliance of free popular government is the intelligence of the people, and the maintenance of freedom among men. We therefore declare anew our devotion to liberty of thought and conscience, of speech and press, and approve all agencies and instrumentalities which contribute to the education of the children of the land, but while insisting upon the fullest measure of religious liberty, we are opposed to any union of Church and State.

Such robust support for secular public education is unimaginable from the Republican Party of 2012. Lee Atwater explained why:

You start out in 1954 by saying, “N—–, n—–, n—–.” By 1968 you can’t say “n—–” — that hurts you. Backfires. So you say stuff like forced busing, states’ rights and all that stuff. You’re getting so abstract now [that] you’re talking about cutting taxes, and all these things you’re talking about are totally economic things and a byproduct of them is [that] blacks get hurt worse than whites. And subconsciously maybe that is part of it. I’m not saying that. But I’m saying that if it is getting that abstract, and that coded, that we are doing away with the racial problem one way or the other. You follow me — because obviously sitting around saying, “We want to cut this,” is much more abstract than even the busing thing, and a hell of a lot more abstract than “N—–, n—–.”

A right-wing Super PAC is running attack ads against a Syed Taj, a Democratic congressional candidate in Michigan, in an attempt to portray the Muslim doctor as un-American and tied to terrorism. The 30-second ad charges that Taj “wants to advance Muslim power in America,” has ties to Hamas, and is “too extreme for America.”

November 4, 2012 Haaretz: 'Obama has been a good president for Israel'
Recent Comments
62 Comments | Leave a Comment
Browse Our Archives
Follow Us!