Songs for a long dark night

Until then, we’ll have to muddle through somehow …

“The Christians and the Pagans,” Dar Williams 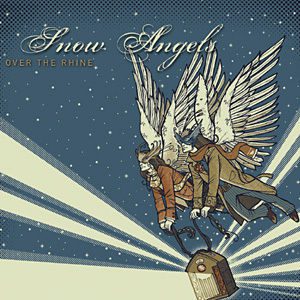 “Cry of a Tiny Babe,” Bruce Cockburn
“Fairytale of New York,” The Pogues
“Happy Xmas (War Is Over),” John Lennon
“Have Yourself a Merry Little Christmas,” Hem
“How to Make Gravy,” Paul Kelly
“Little Town,” Over the Rhine
“Long December,” Counting Crows
“Merry Christmas From the Family,” Robert Earl Keen
“One of Us,” Joan Osborne
“River,” Joni Mitchell

It’s the darkest day of the year, so here’s a dozen songs that, to me, capture a bit of the solstice spirit — the whole seeking light in the darkness/warmth in the cold aspect. (Even in the case of the Paul Kelly song, which I suppose technically is about seeking shade in the heat.)

Rabbi Brant Rosen recently confessed that, ” I love listening to Christmas songs – particularly those of the aching, melancholic variety.” He defends this guilty pleasure, in part, due to such songs’ “quasi-exilic yearning” — which is a lovely phrase. That aching and yearning is what I love about many of my favorite holiday songs. It’s cold and dark, but “maybe this year will be better than the last.”

I’ve got a half dozen different renditions of “Have Yourself a Merry Little Christmas,” and they’re all muddlers. Not a shining star or highest bough in the bunch.

The original lyric was, “Someday soon we all will be together / If the fates allow / Until then we’ll have to muddle through somehow.” Frank Sinatra wanted to record the song for his Jolly Christmas album, so he asked songwriter Hugh Martin to “jolly up that line.” Martin whipped up the jollier “Hang a shining star upon the highest bough.”

Ugh. I have nothing against jolly, in principle, but when it comes to Christmas songs, I very much prefer having to muddle through somehow.

December 21, 2012
Chick-fil-A Biblical Family of the Day
Next Post