Mike Todd posted this picture of young students in a class that meets outdoors, beneath a bridge, in a New Delhi slum. 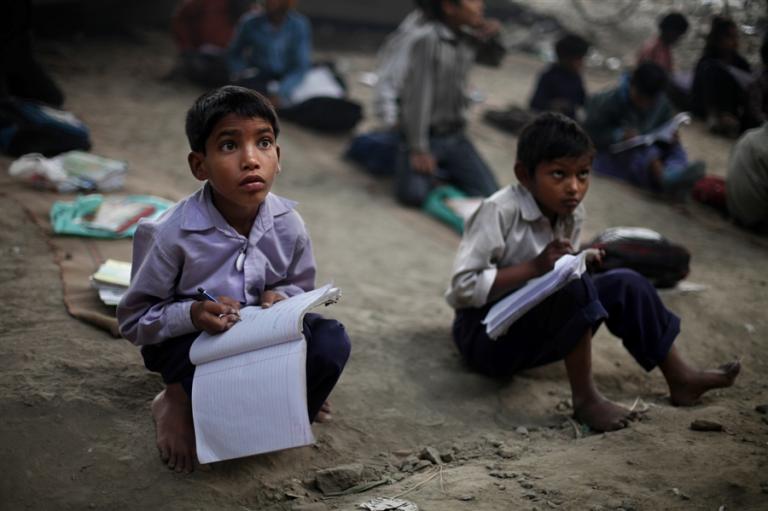 I’m reposting it here simply so I can occasionally show it to my daughters as a reminder when they have to struggle through the unpleasant parts of school.

And also because the faces of these two kids capture two different expressions that any teacher would love to see.

This photo also provides a good excuse for yet again posting one of my favorite bits from E.F. Schumacher, so let me do that as well:

Can we establish an ideology, or whatever you like to call it, which insists that the educated have taken upon themselves an obligation and have not simply acquired a “passport to privilege”? This ideology is of course well supported by all the higher teachings of mankind. As a Christian, I may be permitted to quote from St. Luke: “Much will be asked of him because he was entrusted with more.” It is, you might well say, an elementary matter of justice.

If this ideology does not prevail, if it is taken for granted that education is a passport to privilege, then the content of education will not primarily be something to serve the people, but something to serve ourselves, the educated. The privileged minority will wish to be educated in a manner that sets them apart and will inevitably learn and teach the wrong things, that is to say, things that do set them apart …