• Some say the world will end in fire. Some say in ice. And some say in supervolcanic eruptions, fungal outbreaks, y-ray bursts, or submarine landslides.

• “Yes, Standard Orbit, Captain. And we’re detecting signs of life on the surface.”

• Am I linking to Christie Wilcox’s Scientific American article just for the headline? No, it’s an encouraging story about a medical refinement that will help sick people get better. But the headline is pretty terrific, too. 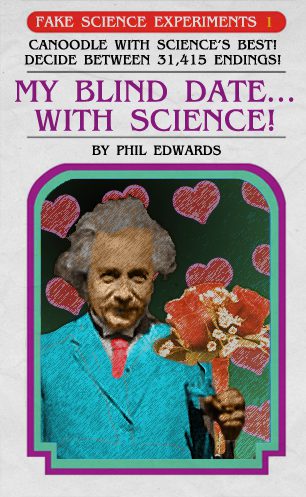 • “Meet the House GOP’s Anti-Science Committee,” writes TPM’s Benjy Sarlin. They don’t believe in climate science or evolution, but at least Todd Akin’s gone now and his former colleague Phil Gingrey says he was only “partly right” about the magical contraceptive powers of “legitimate rape.”

• “How Do Researchers Feed Thousands of Bloodthirsty Bed Bugs?”

• “It’s no surprise that lots of Americans are falling in love with solar.”

• “Everything you believe about obesity is probably wrong,” writes Sarah Kliff of Team Ezra.

Kliff cites the New England Journal of Medicine on seven myths which have been “proven wrong in randomized, controlled studies,” and six presumptions, “which have not been disproved, but also lack any research backing.”

Most of these are reasonable-seeming theories — many of them are things you may have heard from teachers or health reporters or even from successful dieters and may have accepted as true. They sound true. But half of them are, in fact, contradicted by research. The other half, “are not currently supported by research — but have not been proven wrong either.”

• Ed Yong provides the best writing and reporting I’ve ever encountered on this particular subject:

The video was a revelation to Diane Kelly from the University of Massachusetts, and the key to interpreting the utterly bizarre penis of the American alligator. Here are the highlights: it’s permanently erect; it shoots out like toothpaste from a tube; and it bounces back because it basically has a rubber band attached to it. “It is really weird,” says Kelly. “Really weird.”

That’s not something she’d say lightly. Animal penises are her specialty.

• A convergence of inspirations: Carl Sagan tells the story of Eratosthenes.

That’s the right answer. Eratosthenes’ only tools were sticks, eyes, feet, and brains. Plus a zest for experiment. With those tools he correctly deduced the circumference of the Earth, to high precision, with an error of only a few percent. That’s pretty good figuring for 2,200 years ago.

Sarah Laskow of Grist explains what you’re seeing in that NSFA (not safe for arachnophobes) video:

Spiders like these live in colonies of thousands. Thousands. And they make gigantic webs — webs more than nine feet in diameter. Nine feet.

That’s what you’re seeing here: several thousand spiders and their incredibly large web, from which many of them are falling onto the ground.

And Brad Plumer helpfully clarifies that these are probably Anelosimus eximius, a “social spider.” In the case of spiders, I think I prefer the quiet loners who keep to themselves.

But here’s what I can’t figure out about that video: Where are the birds? Or the bats? As skin-crawlingly awful as a sky-filled with thousands of spiders appears to me, to a bird or a bat, this should look like one big all-you-can-eat buffet.

February 14, 2013
Chick-fil-A Biblical Family of the Day
Next Post

February 14, 2013 Wrapping up the 'Biblical Family of the Day' series
Recent Comments
84 Comments | Leave a Comment
Browse Our Archives
Related posts from slacktivist