Wrapping up the ‘Biblical Family of the Day’ series

Wrapping up the ‘Biblical Family of the Day’ series February 14, 2013 Fred Clark

This will be the final week of the “Chick-fil-A Biblical Family of the Day” series here.

I’ve got at least another couple of months’ worth of biblical polygamists, adulterers, abusers, abandoners and other examples of dysfunctional families and disturbing rules for families from the Bible, but I think we’ve milked that particular joke long enough. (And also milked the meta-joke about milking that joke long enough.) 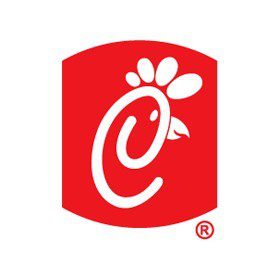 The point of letting that gag keep running for so long was to emphasize that this is a very, very long list. We’re not talking about a handful of rare, exceptional examples, but of something pervasive — a vast collection of stories, characters, laws, rules, commands, etc., in which the Bible exhibits a set of “family values” that is often very different from what current proponents of that slogan claim to mean. When social conservatives like the head of Chick-fil-A toss around “biblical” as an adjective, speaking of “biblical families” or “biblical values” as though this conveyed a clear, authoritative meaning, it’s always appropriate to ask which biblical families? Or to ask which biblical values?

So I want to go back and take a closer look at some of those biblical families and biblical values we’ve been listing in this series.

The vague, vacant use of “biblical” as an adjective meaning “socially conservative” parallels another recurring theme in several recent discussions in the blogosphere: the idea that nothing in the Bible can be regarded as immoral.

The recent freakout by white evangelical gatekeepers responding to Eric Siebert’s series on “When the Good Book is Bad” exposed what must either be a massive ignorance or a massive denial about what’s readily obvious to anyone who’s actually read the Bible. Much of the Good Book is R-rated. And it’s not just that the villains are wicked — it’s that the behavior of the Good Guys, behavior condoned and praised in their stories, is sometimes appalling.

I want to engage these oddities and these texts of terror — from Abijah and his 14 wives to the atrocities at Ai.

Such passages are sometimes called “hard texts” or “hard sayings,” but that’s a misnomer. Slavery and genocide are not hard questions — they’re among the easiest questions we’ll ever face. “If slavery is not wrong,” Abraham Lincoln wrote, “nothing is wrong.” If we cannot say that slavery and genocide are immoral, then morality itself is hollow and useless.

Such a hollow, useless form of morality cannot magically be made meaningful by adding the adjective “biblical” in front of it. The gatekeepers indignantly claim that every word in the Bible is, by definition, completely moral. That doesn’t reveal a reverent devotion for the Bible, but rather an ignorant disdain for it.

Gender Dysphoria: Real or Imagined?
I have searched through Scripture for some clarity on the issues of...
view all Progressive Christian blogs
What Are Your Thoughts?leave a comment
Copyright 2008-2021, Patheos. All rights reserved.