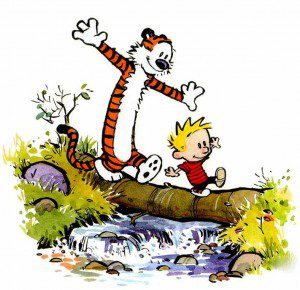 • “At the time of repeal [of Don’t Ask, Don’t Tell], I committed to reviewing benefits that had not previously been available to same-sex partners based on existing law and policy. It is a matter of fundamental equity that we provide similar benefits to all of those men and women in uniform who serve their country. The department already provides a group of benefits that are member-designated. Today, I am pleased to announce that after a thorough and deliberate review, the department will extend additional benefits to same-sex partners of service members.”

• “The YouTube orchestra CDZA found four couples at a New York City senior living center and performed their wedding song. Each couple shares with the camera the story of their relationship.”

• “The rate of juvenile detention has fallen to its lowest national level in 35 years, with almost every state indicating fewer young people being incarcerated, a new analysis of federal statistics shows.”

• World magazine has published yet another article allowing an actual historian to point out that David Barton is, at best, woefully confused and misinformed. Yes, everyone ought to know that by now, but it’s good to see it being said in an arch-conservative evangelical publication.

• The Illinois Senate voted in favor of marriage equality by a margin of 34-21.

“At this point, you hear another guy say ‘yeah!’ and the entire train starts applauding the gay man.”

• Shane Koyczan’s “To This Day Project” video has been viewed more than 4.3 million times on YouTube.

• Charles Kuffner relays the news that:

Mayor Annise Parker and the Houston Police Department today announced details of a plan that will eliminate the backlog of untested sexual assault kits. Under the plan, which will be formally considered by Houston City Council next week, the untested kits will be sent to two outside labs for testing. It is anticipated the work will be completed in 12-14 months.

• “Across America fewer homes are boarded up.”

And fewer people are “doubled up” sharing a tight apartment with friends or parents.

According to the Census Bureau, vacancy rates for residential housing in the United States have fallen to levels last seen before the peak of the housing boom in 2006 and the subsequent recession.

February 27, 2013 What does this chart tell us about Christian sexual ethics?
Recent Comments
30 Comments | Leave a Comment
"This. Maybe 'victim' has some special meaning as a legal term of art, but the ..."
lowtechcyclist It ain’t no sin to be ..."
"Had a nap (it was during the hour when I was supposed to be doing ..."
Jenny Islander Postcards from the class & culture ..."
"Remember, Republican lawmakers have straight up claimed that a woman who takes a birth control ..."
Ross Postcards from the class & culture ..."
"I gather that, for Mike Stone, 1 Corinthians 6:1-8 is one of those "what the ..."
lowtechcyclist People should have told you you ..."
Browse Our Archives
get the latest updates from
slacktivist
and the Patheos
Progressive Christian
Channel
POPULAR AT PATHEOS Progressive Christian
1