The sin of despair

I’d forgotten writing this 14 years ago. For those who may have forgotten reading it then, here it is again.

I suppose I should start with what it is not.

The Catholic Encyclopedia entry on despair is exuberantly Pelagian:

Despair … is the voluntary and complete abandonment of all hope of saving one’s soul and of having the means required for that end.

Whoever wrote that was less interested in defining “despair” than he was in scoring points against Luther, Calvin and Arminius. “Unless a seed dies and falls to the ground,” Jesus said. No, no, this writer counters, the seed has the means required to save itself.

Reading that strange definition — “the voluntary and complete abandonment of all hope of saving one’s soul” — I couldn’t help but be reminded of this:

It was a close place. I took it up, and held it in my hand. I was a-trembling, because I’d got to decide, forever, betwixt two things, and I knowed it. I studied a minute, sort of holding my breath, and then says to myself:

It was awful thoughts and awful words, but they was said. And I let them stay said; and never thought no more about reforming. … And for a starter I would go to work and steal Jim out of slavery again; and if I could think up anything worse, I would do that, too; because as long as I was in, and in for good, I might as well go the whole hog.

This is, of course, the moment at which Huckleberry Finn’s soul is saved. He immediately changes direction and sets out to act — the opposite of despair.

The sin of despair also has nothing to do with most suicide. Suicide is a tricky topic for Christianity, whose founder is described in the Gospels as marching inexorably toward his own execution, and who said things like, “Greater love has no one than this, that he lay down his life for his friends.” And then did just that. The medieval teaching that suicide is the unforgivable sin of despair has a hard time reconciling itself with the example of Christ or, for that matter, with the medieval obsession with venerating martyrs.

I’m not really sure where that theological appropriation of the taboo against suicide came from. I imagine some medieval bishop confronted with a jumper on the ledge of his cathedral (the only tall structure in town). Grasping at straws, he stumbles across an idea: “You can’t jump because … because it would be a sin … an unforgivable sin! Yeah, that’s it.”

Or maybe it arose out of medieval Christianity’s weird, lawyerly obsession with the necessity of timing one’s death with a fleeting “state of grace.” See for example Act III of Hamlet, where the prince chooses not to kill Claudius after his uncle has been praying, believing that would, according to this theory, send him to Heaven. Setting up the rules like that is an invitation to others to try to game the system — to receive absolution and the sacrament and then make sure you died before lapsing back into sin. The idea of suicide as an unforgivable sin might thus be a kind of infield fly rule.

Most suicides, of course, are either distraught or depressed, and neither of those conditions seems to involve sin.

By depressed, of course, I don’t mean blue, or down in the dumps. I mean suffering from depression — a vicious disease that, like diabetes, patiently waits for its opportunity to prove fatal. I have never experienced this myself, but I have watched someone I loved suffering from it, and the idea that this suffering was a sin or the consequence of a sinful choice is to me deeply offensive. (If you are fortunate enough to be wholly unacquainted with depression, I would recommend as a starting point William Styron’s finely observed Darkness Visible: A Memoir of Madness.)

Nor does it make sense to regard the condition of being distraught as a matter of conscious choice or a sin. That’s like an ER doctor describing a trauma victim’s body as choosing to go into shock. Police officers are generally guilty of severe crimes against the English language, but they employ the word “distraught” with a careful and hard-earned regard for what it means, for its practical and legal implications. The idea that God is less just and less merciful than our criminal justice system cannot be right.

So I agree with Joyce Carol Oates when she writes in her New York Times essay, “Despair; The One Unforgivable Sin,” that it is “mysterious cruelty” to condemn suicide as the sin of despair.

I admire Oates, but the rest of her essay is pure bunk. Oates asks:

Isn’t “despair” a malady with which we label people who seem to have decided that life doesn’t interest them, just as “narcissism” is the charge we make against people who aren’t nearly so interested in us as we’d hoped they would be?

No. I would use the term “narcissism” to describe things like an indulgent essay savoring the piquant, “intense inwardness” of the suffering artist. Oates treats despair like a Goth T-shirt from Hot Topic — a kind of condescending fashion statement made with little awareness of the way this choice was shaped by the cynical, prefab marketing of despair as a brand.

Oates points to Emily Dickinson as a prime example of the “poetics of despair” with its “keenly heightened inwardness.” It’s true enough that Dickinson eloquently describes despair — sometimes passionately, sometimes chillingly dispassionately. But the substance of her poetry has to be reconciled with the sheer, incontrovertible fact of her poems.

Had Dickinson withdrawn into the indulgent inwardness of despair, as Oates suggests, then we wouldn’t be talking about her now. She would never have written anything. That, of course, would have been a sin.

And that is what I mean when I talk about the sin of despair: the decision to do nothing, to give up and leave the world as it is. The prime example of the “poetics of despair” is not Emily Dickinson — she never gave up. It is, rather, J. Alfred Prufrock, the stunted would-be poet who exchanged his pen for a coffee spoon, despairing even of eating a peach.

Despair comes in many forms. One example I’ve written about many times is the misquoting and misappropriation of Jesus’ paraphrasing of Deuteronomy 15:11a — “The poor will always be with you” — as a rationalization for giving up and doing nothing to aid the poor, whether individually or collectively, personally or politically.

Despair looks for excuses not to act and always finds them. Hope, it’s opposite, always chooses to act. It’s in for good and whole hog. Even if the odds seem insurmountable and the resources inadequate. If all it has is five loaves and two small fish, or five smooth stones, or a wheelbarrow and a holocaust cloak, it will use whatever it’s got.

To hope is to act, and to act is to hope. As someone once wrote, hope “never stops at all.” Stopping would be a sin, the sin of despair.

July 30, 2021
We can't go on together with suspicious minds
Next Post 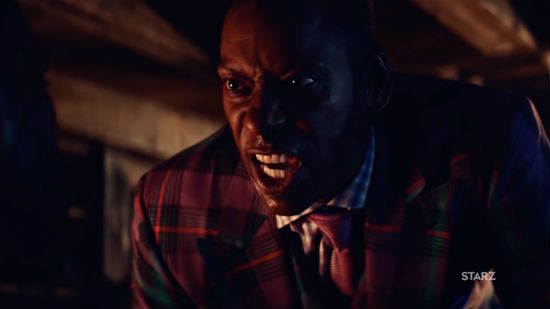