UNC, the Vatican and Sovereign Grace Ministries: When PR trumps concern for victims

(CONTENT NOTE: This gets ugly and painful. We’re dealing here with some really awful, evil topics, including sexual abuse, abuse of power, rape, and the ways that powerful, self-righteous people defend all of the above.)

Let’s start in Chapel Hill, home of the University of North Carolina.

A UNC student, Landen Gambill, faces possible expulsion for speaking out about her sexual assault.

Last week, she was called to appear before the school’s “Honor Court” because she’s charged with “disruptive or intimidating behavior that willfully abuses, disparages, or otherwise interferes with another … so as to adversely affect their academic pursuits, opportunities for University employment, participation in University-sponsored extracurricular activities, or opportunities to benefit from other aspects of University Life.”

… Gambill has not once publicly identified her attacker. She has, however, called out the school for their failures in dealing with her case. She’s said that the internal disciplinary process was offensive, inappropriate, and victim-blaming. “They made it seem like my assault was completely my fault.” She’s accused UNC of betraying her trust by not letting her know that her attacker was returning to campus and in fact would be living across the street from her.

At a preliminary hearing, Gambill asked if she could have violated the Honor Code simply by saying she was raped and was told yes.

That’s from Maya at Feministing, who comments:

The message UNC students will take from this – if they haven’t gotten it already – is to think twice about coming forward. Because their school seems to think that – just as being seen as having a rape problem on your campus is considered worse than actually having one – being called a rapist is a more serious injury than being raped.

For more than 20 years we’ve witnessed the slowly unraveling horrors of a massive sex-abuse scandal in the Catholic church. We’ve learned of widespread abuse and rape, and of even wider efforts to cover it up. We’ve seen the cruel injustice piled upon injustice of an institution treating crimes against children as, primarily, a PR problem to be addressed primarily with PR solutions. Instead of seeking justice and healing for victims, those victims were silenced, hidden, or attacked all over again in an effort to discredit their testimony. The institution was more focused on protecting its reputation and shielding itself from bad press or legal liability than it was on addressing the problem, weeding out the predators and criminals, and seeking restitution and healing for the victims. 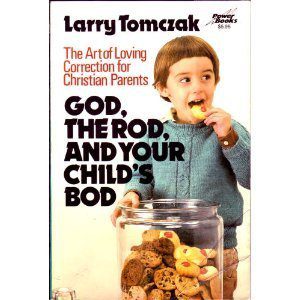 That PR-focused strategy led the institution to shield, defend and enable the predators within it, while compounding the harm those predators had committed and further abusing their victims. Above and before everything else, that’s just simply evil.

If anything good might have come from that ongoing horror show, I had thought it might be at least that other institutions could learn from it. The Catholic church was providing a vivid lesson in what not to do, and I had hoped that such a prominent, infamous example would be something other institutions would have to notice and to remember if they should ever discover abusers and predators within their own ranks.

As the example of UNC shows, other institutions seem to be taking the Catholic church’s evil and counter-productive PR-strategy as a template. Just like the bishops and cardinals who have done irreparable damage to the church, the leaders of other institutions seem fixated on, as Maya wrote, the idea that “Being seen as having a rape problem … is considered worse than actually having one.”

All of that is a long introduction for this: Go read T.F. Charlton’s essay at Religion Dispatches on “A Church Group, a Lawsuit, and a Culture of Abuse.”

SGM is independent, but it’s affiliated and allied with most of the leading figures of the angry, patriarchal, Reformed wing of conservative white evangelicalism — folks like Al Mohler, John Piper and Mark Driscoll, and groups like the Gospel Coalition and the Council on Biblical Manhood and Womanhood. So this is not a fringe group, but one that is associated with some of the most vocal and prominent white evangelical church leaders in America.

Before this scandal began unfolding, SGM was considered one of the rock-star success stories of this patriarchal Reformed brand of white Christianity. Charlton does an excellent job summarizing the history of the scandal, and an even better job of showing how it is not an aberration from, but a consequence of, that very same patriarchal form of American evangelicalism.

Several other writers have recently addressed this scandal and the further scandal of Sovereign Grace Ministries’ failure thus far to respond to it with any evident concern for the victims. I want to discuss some of those other posts as well, but before we turn to them, please do go read Charlton’s essay for a clear-eyed introduction and overview.

March 6, 2013 'You never stop fighting for your own'
Recent Comments
181 Comments | Leave a Comment
"There's only been one mass shooting as far as I can see, and actually fewer ..."
arcseconds We can’t go on together with ..."
"Hot off the presses: "How Democrats ‮dewercS‬‎ Up So Royally on Evictions""I sit on the ..."
Turcano The sin of despair
"The GOP seems full of hucksters, who are either cynically lying — so pretending to ..."
arcseconds We can’t go on together with ..."
"Willa has been TRANSFORMED.She asked to go outside today, did not ask to come back ..."
Jenny Islander The sin of despair
Browse Our Archives
get the latest from
slacktivist
Sign up for our newsletter
POPULAR AT PATHEOS Progressive Christian
1