“The Pregnant Workers Fairness Act would ensure that all pregnant workers can get minor workplace adjustments they need to continue working during pregnancy.”

This is not a rare problem for women who cannot afford to lose their income. The National Women’s Law Center has compiled a six-page list (.pdf) of real cases involving real women all over the U.S.

Jill Filipovic has a sampling of those cases here. Go read them.

These women are being confronted with an awful set of choices: Lose your job or terminate your pregnancy or take a big health risk. 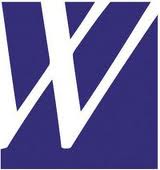 Like about a third of my fellow evangelicals, I’m pro-choice. That means I don’t want anyone — the government or some corporate employer or some evangelical institution — dictating to women what they must choose. So I support the Pregnant Workers Fairness Act.

The more vocal two-thirds of my fellow evangelicals who identify as “pro-life” ought to support it too.

This is yet another one of those places where such pro-lifers get to show the rest of us whether or not they are who they claim to be. If they are really motivated by the value they place on the lives and health of the unborn, then we ought to see them lining up to support the Pregnant Workers Fairness Act.

But if they are really motivated by an anti-feminist impulse to control and punish women, then we should not expect to see them supporting the Pregnant Workers Fairness Act. Or if abortion politics are really just a convenient tool for getting the “social conservative” rubes to support anti-worker and anti-union policies, then likewise, we shouldn’t expect to see the “pro-life” claim translate into support for the Pregnant Workers Fairness Act.

This legislation matters first of all because it would protect the rights of pregnant workers. But it also matters because it tests the integrity of the pro-life movement. So far, that movement is failing that test.