As New Zealand MP Maurice Williamson pointed out, marriage equality “is fantastic for the people it affects, but for the rest of us, life will go on.” 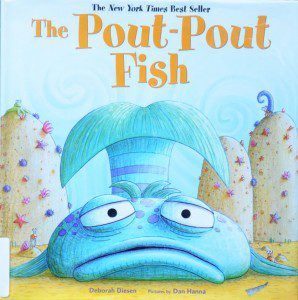 So the “Marriage Solidarity Statement” released this week by dozens of the usual suspects from the anti-gay religious right just doesn’t make any sense.

“We will not stand by,” the statement harrumphs. But, actually, yes, yes they will. Standing by is exactly what they will do because that is all they can do. This doesn’t affect them. It does not harm them — it neither picks their pockets nor breaks their legs. It doesn’t compel them to do anything. It doesn’t compel them not to do anything. They are by-standers to something happening elsewhere, to other people. And as by-standers, all they can possibly mean by “We will not stand by” is that “We will assume a posture of extreme indignation and offendedness while standing by.”

Well, that and send out fundraising letters, fleecing their flocks out of ever-more money by pretending that the sky is falling and the world is ending. But they were going to do that anyway. That’s their business model, after all.

But they never say what they will do because there is nothing they can do.

This isn’t about them. And this isn’t about their feelings. It’s fantastic for the people it affects, but the indignatories of the religious right are not among the people it affects. They are by-standers to something that does not affect them. And, like it or not, all they can do is stand by — like Jonah outside of Ninevah, or like the older brother outside the party for the Prodigal Son.

(Like Jonah and the older brother in the parable, they also have the option of uncrossing their arms, ending their sulk and joining the celebration — but this possibility doesn’t seem to occur to them either.)

There is one other, darker possibility, as David Badash notes. They could decide to follow the example of the disgraced thug-priests of the Orthodox Church in Georgia and take to the streets in mob violence:

“We cannot and will not allow this to occur on our watch,” they state — although don’t specify what they will do if they don’t like the Court’s rulings.

And while they aren’t specifically threatening to riot in the streets and aren’t suggesting any acts of violence, their words could be fuel — or seen as a call to action — for others to do just that.

He’s not wrong to worry. This is the last gasp of the dead-enders, and faced with the choice between reality and violence, such people have been known to choose the latter. They’re not actually threatened. Their religious liberty and their way of life and their values are not being threatened. But they’re working very hard to convince themselves that somehow all of that is in jeopardy. They’re addicted to the adrenaline-rush that fantasy of persecution provides. So be careful — because a cornered animal can always be dangerous, even if it’s only pretending to be cornered.