Last resort means exactly that. It means the final, only remaining course of action after every other possibility has been attempted and has failed.

Lethal violence is only ever justifiable as a last resort. This is a moral principle, because people get killed in war — and not just the “bad guys” or the enemy, but allies, noncombatants, innocents and children. There are no moral shortcuts when those are the stakes. 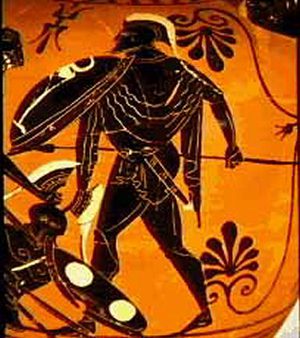 But this isn’t only a moral principle. It’s about prudence as much as ethics. It’s practical, because military force is a blunt instrument that tends to create new problems and unforeseen consequences. It’s an astonishingly expensive, rarely effective measure that only a fool would employ if there were any possibility or any hope of some other resort.

The U.S. is a long way from it’s last resort in responding to the ongoing butchery in Syria.

What would convince me that military action against Syria is justifiable as a last resort? Show me a press conference outside of the Albert Einstein Institution in Cambridge, Mass., with Gene Sharp standing at a podium, flanked by the joint chiefs of staff, the president and the secretary of defense. “There’s no other reasonable option,” Sharp says. “This would be the most effective, wisest approach. The best remaining option for the people of Syria.”

Show me that and I’ll accept that this is a last resort.

August 27, 2013
Versus and clobber verses: 'It's an almost impossible situation'
Next Post