Postcards from the culture wars (10.7)

“The survey, released Friday (Oct. 4), by Quinnipiac University, shows that two in three (68 percent) adult Catholics questioned said they agreed with the pontiff’s observation that the church has become too focused on issues such as homosexuality, abortion and contraception.”

“For too long, the church has often placed limits around sex and sexuality that do not empower us to make good, healthy decisions about relationships, or leave too many of us clueless and insecure about our bodies.”

“If a woman drives a car, not out of pure necessity, that could have negative physiological impacts as functional and physiological medical studies show that it automatically affects the ovaries and pushes the pelvis upwards.”

“The campaign made Lysol the best-selling method of contraception during the Great Depression.”

“Objectification, whatever its form, is not something anyone should have to ‘just deal with.’”

“As if what white males with enough privilege to procure a terminal theological degree have to say closes the dialogue once and for all.”

“I am going to break this down for clarity’s sake because I and others who have been vocal about this have been accused of being un-Christian, mean, thin-skinned, sensitive, unaware of how much [Rick] Warren’s ministry has done, racist, stupid, and all sorts of things we grown-ups hopefully are not teaching the children in our midst to call other children.” 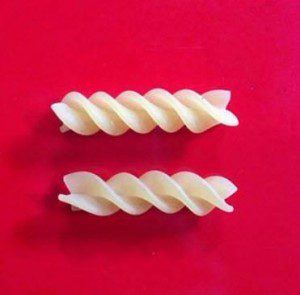 “There is no such thing as a properly directed hate crime.”

“If these people really don’t like it, they don’t have to live here.”

“I think that Robert E. Lee, as a traitor and betrayer of his solemn oath before God and the Constitution, was a much greater terrorist than Osama bin Ladin — after all, Lee killed many more Americans than bin Ladin, and almost destroyed the United States. What do you think?”

“Skepticism about evolutionary science, it seems, bleeds over into suspicion of all mainstream science.”

“It’s kind of like if you get down to the issue of the evidence of global warming, you’ve got scientists on both sides; you have the medical community on both sides.”

“I mean, I think that yeah, that could be a woman’s right. Just like it’s a man’s right if he wants to have some kind of procedure.”

“I am convinced that many so called pro-life groups are not really pro-life but merely anti-abortion.”

“He’s the greatest professor I’ve ever taken, so by taking him out of the classroom, especially mid-semester, is doing the students a huge disservice and it’s a huge loss to the university.”

“I did get the message that it has to do with their concern that other people, such as donors, parents and churches connected to the university will have problems not understanding transgender identity.”

“We’ve got the Gospels backwards.”

“We do not respond to innuendo, rumor or conspiracy theories.”

“After suffering the kind of bias these people have gone through, I have the privilege of standing there and saying, ‘You are married.‘”